Figs - The School Of Life

Every so often, you encounter a fig. It might turn up as a decorative aside to a dessert at a smart restaurant you occasionally go to when you want to mark a special occasion; from a couple of years back you remember there were baskets of them in the market in Cadiz which caught your eye, but you couldn’t pluck up the courage to joins the bustle at the stall and actually buy some; your sister puts them in the adventurous salads she sometimes serves; and they’re in the supermarket somewhere but you’re usually in hyper focused mode there and race as fast as possible to the things you always buy.

Between these sporadic meetings you don’t think much about figs at all. Their existence is just one of a billion facts of which you are peripherally, passively aware. 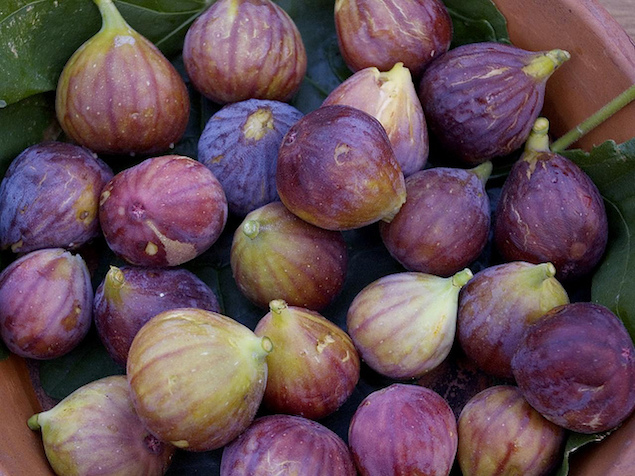 But when a fig does come your way, you are always rather charmed. The colours inside are lovely, of course. And the slightly dry texture of the flesh and its quiet taste are pleasant. You like figs, you remind yourself. And then it might be half a year before another lands in front of you on a plate. You’re hardly even sure when their season is (do they even have one?).

It’s a curious type of situation: there’s a small pleasure we have, but we leave having it very much to chance. And even when we do have the opportunity, often a lot of other things get in the way: the conversation takes an lively turn, your little nephew starts to wail in his bassinet; the combination is a bit unfortunate (the cacao bean chocolate was very nice but it annihilated the figs). 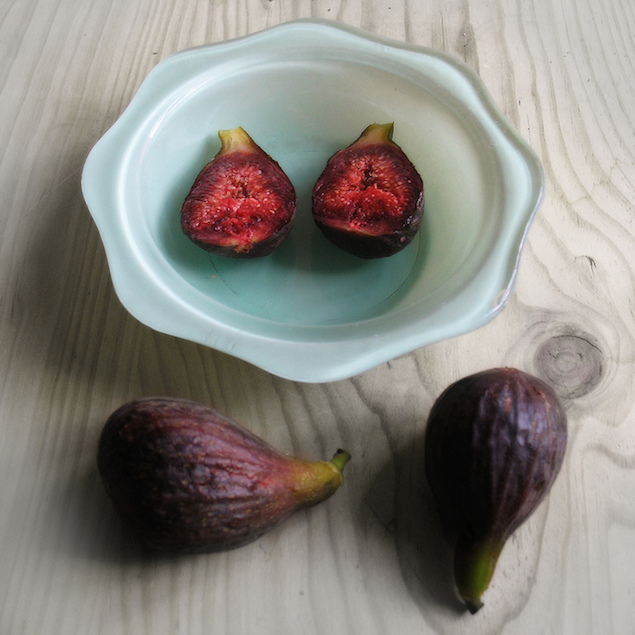 To work against this randomness, we need to invoke an idea that initially can sound a bit remote: ritual. We might initially associate ritual with archaic ceremonies, like a coronation, or with cultish gatherings. But there are more helpful images: the tiny ritual of blowing out the candles on a birthday cake and making a wish before cutting the first slice – slightly garbled traces of rather nice ideas: a birthday marks the end of one year of life and the beginning of the next, we should ideally focus our minds on transience and hope. And maybe the ritual once was more explicitly geared to helping us do this.

When we boil it down to its essence the point of a ritual is to mandate a set of actions and attitudes, in order to get us into a valuable state of mind. It is – like a recipe – a set of rules that, if we follow them carefully, will bring about a certain result; not in this case a bowl of watercress soup or a crème brûlée but, rather, a state of heightened appreciation. Unlike a recipe a ritual usually comes with instructions about when you have to do it. Recipes leave it up to us – when you happen to feel like making a risotto, here’s what to do. But a ritual includes directions about when you should do it – every 365 days after your birth, when the new moon rises or when the cherry or plum trees are in blossom (as with Hanami, ritualised picnics in Japan are devoted to an appreciation of the transience of natural beauty). The ritual comes with a date; it makes an appointment in your diary, placed there by your culture. The ritual is rightly worried we’ll forget to pursue a particular pleasure – so it comes with a reminder.

Often with a ritual the details have been honed and refined over a long period of time. People have thought quite hard how to get the most out of what they were doing. Rituals frequently invite us to quite specific patterns of thought and action. The Jicarilla Apache of New Mexico, for example, have an elaborate ceremony for adolescent girls which last for several days. The girls must wear special costumes and must pay close attention to a particular stories and  songs – designed to foreground a range of admirable qualities. The ritual is hugely ambitious because it aims to transform how they think about themselves and how they see their place in society.

If we were to invent a ritual around appreciation of the fig it could go like this:

Every Tuesday, after work, we’ll pick up some figs from the grocery opposite the train station. We’ll place the fig on a plain white plate the first few times – the better to concentrate on the delicate, cool, green hues of the skin. Later you can experiment with another background: celadon or maybe black. Before you do anything else, take a moment to contemplate the essential strangeness of this small fruit. It could have evolved more like an acorn: highly effective from the point of view of propagation, but alien to the human system. It could have been more like the strawberry – so sweet and obviously charming as to be already utterly familiar. The fig, at this moment, is our point of entry. 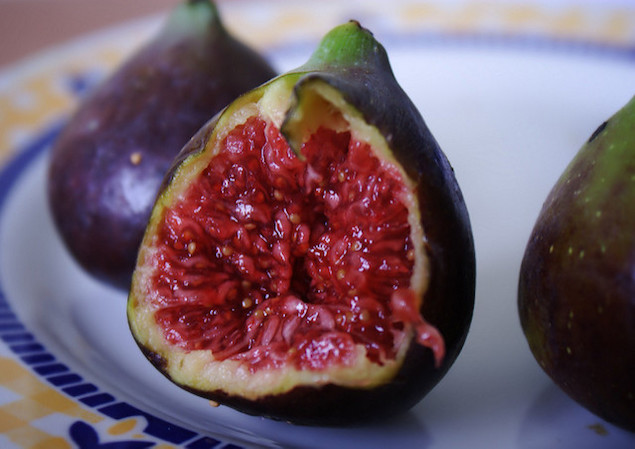 With a very sharp knife, cut it into quarters, lengthwise. The need for sharpness doesn’t arise from hardness but because they are soft, blunt pressure would spoil them. The edges of the pieces should be clean and the inner surface perfectly flat. Look at the tints and hues of the flesh. For 15 seconds, imagine you are a painter, trying to portray the pattern: make your eyes stick with it.

Think of the tree it came from. This particular piece of fruit might have ripened in a plastic tunnel outside Basingstoke, but it’s ancestors flourished in historic times in Palestine or in Sicily and figured in the parables of tribes. 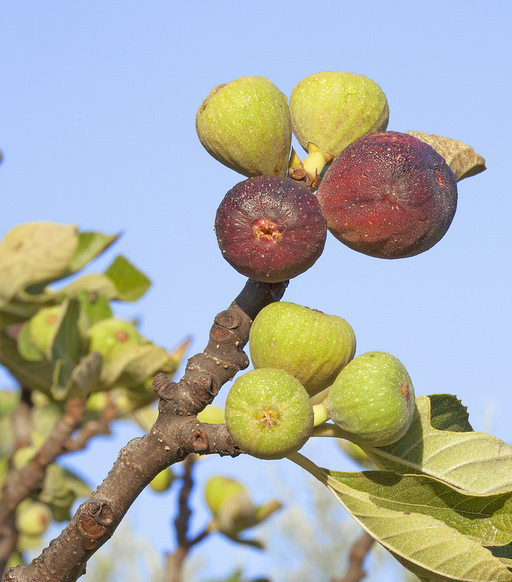 Squeeze a few drops of lemon onto the sliced flesh – some will miss (it’s hard to aim with a lemon). This will intensify the flavour. Finally, take a bite. Concentrate first on the texture. Then, with a second bite, focus on the taste. The ritual of the fig should last about seven minutes.

The ritual reminds us what to do in order to have a nicer time. It operates with a benign idea of rules and regulations. They’re not, in this case, to stop us doing something that might be rather convenient at this moment. Instead they guide us to having a better time. This approach to rules is a revision of the Romantic ideal of spontaneity, the luck moment, which is excited by ideas of happy accidents and chance encounters.  It’s not that these are always terrible ideas at all. It’s just that they aren’t the only template we need. If we only follow them a lot of good things won’t happen, or will happen only very rarely, when your sister just happens to take it into her head to ask you round to lunch. 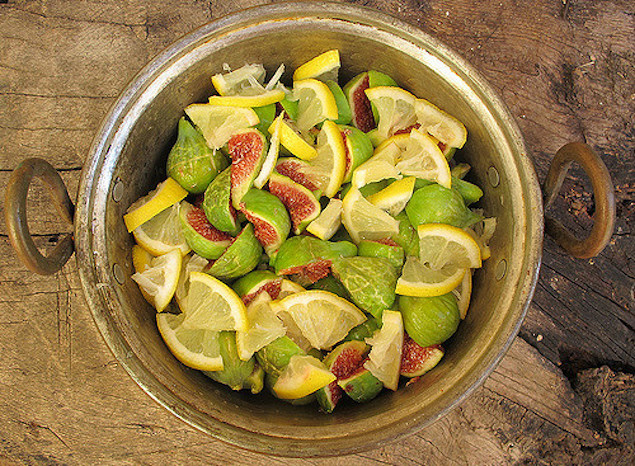 Small pleasures need rituals. The irony (as it were) of the small pleasure is that it isn’t intense enough usually to force itself upon us – we don’t become addicted or obsessed; the pull is much weaker than that of sex or video games or drinking wine or wolfing down a bar of chocolate; these are pleasures we need no reminding of, and we often have to painfully struggle to limit their sway in our lives. With small pleasures it’s the opposite. We are more likely to lose touch with them. They easily get crowded out. We actively need to build up their presence in our lives.