Why Germans Can Say Things No One Else Can

We’re hugely dependent on language to help us express what we really think and feel. But some languages are better than others at crisply naming important sensations.

Germans have been geniuses at inventing long – or what get called ‘compound’ – words that elegantly put a finger on emotions that we all know, but that other languages require whole clumsy sentences or paragraphs to express.

Here is a small selection of the best of Germany’s extraordinary range of compound words:

The feeling when you’re eating with other people and realise that they’ve ordered something better off the menu that you’d be dying to eat yourself. Perhaps you were trying to be abstemious; now you’re just in agony. The word recognises that we spend most of our lives feeling we’ve ordered the wrong thing. And not just in restaurants. 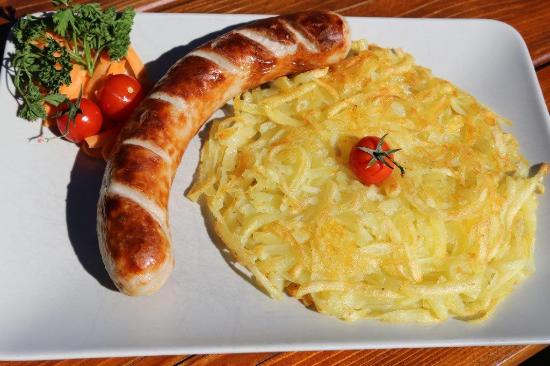 A face that’s begging to be slapped. Generosity towards others is key, but German is bracing and frank enough to acknowledge that there are also moments when it is simply more honest to realise we may have come face to face with a dickhead.

A word full of empathy that captures the agony one can feel at somebody else’s embarrassing misfortune or failure. A capacity to feel Fremdschamen is a high moral achievement – and is at the root of kindness.

Literally, a castle in the air; a dream that’s unattainable – a word suggesting that German culture is deeply indulgent about big dreams but also gently realistic about how hard it can be to bring them off.

This word shows German at its most delightfully fetishistic and particular: meaning the delight one can feel at seeing ruins. Collapsed palaces and the rubble of temples put anxieties about the present into perspective and induces a pleasing melancholy at the passage of all things.

A word that frankly recognises how often, when one is deeply sad, there is simply nothing more consoling to do than to head for the kitchen and eat.

A word that acknowledges that we are sometimes sad not about this or that thing,  but about the whole basis of existence. The presence of the word indicates a culture that isn’t falsely cheerful  but takes tragedy as a given. It is immensely reassuring to be able to tell a friend that one is presently lying under the duvet, suffering from Weltschmertz.

We’re meant to be sad when others fail, but German more wisely accepts that we often feel happiness (freude) at the Schaden or misfortunes of others. That isn’t because we’re mean; we just feel deeply reassured when we see confirmation that life is as hard for other people as it is for us.

So many of our attempts to improve things bring unforeseen problems in their wake. The word modestly admits how seldom progress moves in a linear manner.

The distress of always being in familiar surroundings – and the longing to go faraway, beyond the Alps, perhaps to the South, where no one knows our name, and the smells are different in the market place and one is woken up by the sounds of strange bells from the temples. An acknowledgement that we’ll always suspect that life is a bit ‘elsewhere’.

We believe ourselves to be firmly attached to life, but a lot of our behaviour attests to something more interesting and troubling; an occasional longing to give up our hold on existence. It is deeply useful to have this word to hand on gloomy days when it feels like nothing will ever work out.

Our best lines always come to us, not in the heat of a witty discussion,  but as we descend the stairs on our way home.

Describes a character trait of endurance; literally a capacity to sit and put up with what is boring, arduous or painful over long periods.

An idea you had while drunk. It sounded amazing at the time. It probably wasn’t…

We are inveterate cineastes in our own minds. We shoot little movies in which we say exactly what we mean and seize the advantage when we can. The word knows though that very few of us ever know how to be efficient and skilled directors outside our own heads.

Most of us have our cowardly moments. The shade parker is an inveterate hider in the gloom. German has a word to throw a spotlight on him.

Dragon food is a gift that one has to offer to one’s spouse to appease their fury for a wrong one has committed. If an affair is discovered, one may have to cook up an enormous meal of Drachenfutter.

We’re all meant to rejoice at the onset of spring. But of course, for some of us, there is something dispriting about the return of life and hopes – which we may well not be able to honour. The word gracefully acknowledges how hard an optimistic time of year may prove.

German literature is full of a distinctive kind of novel in which we follow the maturation of a central character, normally in relation to love and work. This genre and the word that crowns it presents a particular answer to the vexed question of what a novel should be for. For a great German tradition, the point of novels is to teach us how to live.

Desperately trying to continue the dream you were having just before you woke up.

Telling the same joke over and over again until there is no one left in the world who haven’t heard it from you.

Going out, in order to gain deeper insights while walking.

The happiness you feel when someone picks you up at the airport.

The melancholy emptiness of Sundays.

The embarrassment you feel, when you are next to a couple having a fight.

The pull of the cliff edge.

We can thank German for having so many of the right words to bring dignity to our troubles and hopes. Learning languages ultimately has little to do with discovering the world per se, it’s about acquiring tools to help us get a clearer grasp on the elusive parts of ourselves.