The Psychological Obstacles Holding Employees Back - The School Of Life

The Psychological Obstacles Holding Employees Back

In the modern economy, some of the fundamental obstacles to the growth of businesses are related to the mindsets of employees. Enterprise is hampered by a number of psychological quirks that undermine efficiency, energy and harmony. The most hard-headed capitalist therefore has good incentives to address the psychological needs of those they have hired.

Here are a few of the many emotional problems that undermine the daily performance of staff: 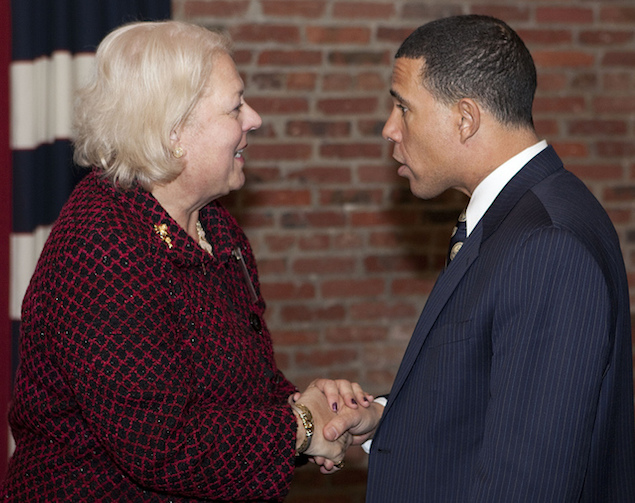 Imagine a business with a complex logistics system behind it. There’s a problem developing with a supplier. However, the person dealing with this is prey to the phenomenon known as denial: that means he doesn’t pass the news up the management chain. Instead, he buries the bad news. Two weeks later, it’s become a major problem and everyone knows about it – too late.

The denier is in the grip of an unconscious belief that it is always too dangerous to pass on disturbing information. This habit of thinking typically has roots in early experience. Long before an unfortunate protectiveness was directed at their boss, it was a pattern required by an important early figure. For instance, as a child, they are likely to have had to step very gingerly around a fragile or explosive adult, someone who couldn’t bear to be disturbed by uncomfortable truths, giving rise to an overall terror at the consequences of imparting certain kinds of information.

The denier doesn’t trust that powerful people are ever able to absorb and deal confidently with challenging things.

At heart, the burier of bad news has an excessively fragile picture of life in general and commerce and enterprise in particular: they think that if things are to work out long term, everything must be positive every step of the way. They have not internalised a vision of business in which it is normal for there to be crises pretty much all the time and for big things to be going dangerously wrong almost every day. They underestimate how much suffering and anxiety is normal in the process of doing pretty much anything impressive.

It seems that a readiness to face bleak daily possibilities is central to the ability to avoid overall catastrophe.

You try to point out that it would be great to receive a document a few days ahead of the meeting. You politely suggest that the figures don’t seem to be exactly right. You try to hint that the deadlines are in danger of being missed.

And the result is an immediate collision and fury. The defensive person interprets a local complaint as a global attack. Nothing about them is right any more, they are being accused not just of failing at this or that task, but of being a fundamentally worthless person. They lash out, weep or threaten to resign. The person who has tried to criticise an aspect of their work isn’t just pointing out a thing or two, in truth, they are out to question their right to exist. 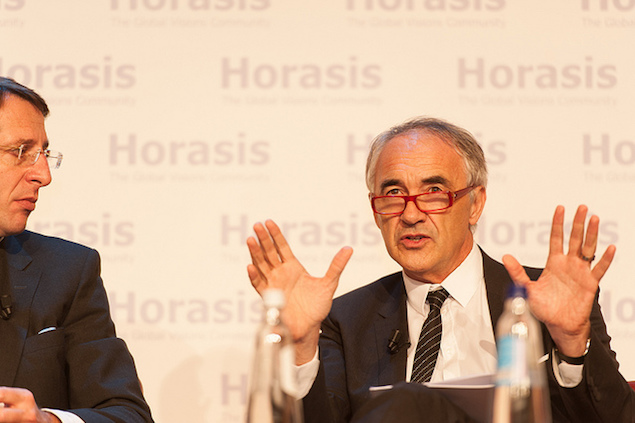 Somewhere in the past of the defensive person lies a trauma around education. They were, at an early age, unable to face their own weakness without a risk of humiliation. They rushed to lay claim to a maturity and competence that they hadn’t in fact fully earned.

Defensive people are perfectionists in flight from the terrors of criticism, and often put in superhuman efforts to make sure they can stay ahead of any negative evaluation. But because no one can ever know everything from the start (especially if they are engaged in complex work), defensive types are guaranteed at some point to run into the feedback they so fear – despite all their hard work.

The tragedy is that the defensive person has stopped learning from other people. Their resistance to facing up to ignorance and incompetence is so great, it hampers their ability ever to put up their hand and simply admit they can’t cope.

What the defensive person requires is enormous amounts of patience and reassurance. They need to hear they are loved and have a place in the greater scheme of things even if they forgot to send that email – but their behaviour is so proud, brittle and aggressive, they’re unlikely to secure the eulogies and good-will that they crave. Their desire always to be faultless ends up becoming their fatal liability.

An employee has the chance to step into a more senior role. It will involve a lot of travel and the need to get strangers on board fast. But they seem unable to tackle the social skills required. They blush when talking to new people, never look anyone in the eye and come across as slightly shifty, surly or even unfriendly.

Social awkwardness is at base linked to a mistaken belief about other people: that of supposing that they are more together than in fact they are. The awkward person overrates their own distinctiveness. They don’t accept that other people are – if seen from the inside – bundles of anxieties, strange desires, off-beat thoughts and fluctuating emotions. In other words, everyone is the same. But the awkward person gives too much weight to appearances and so supposes that people who appear calm and confident have no inner turmoil. 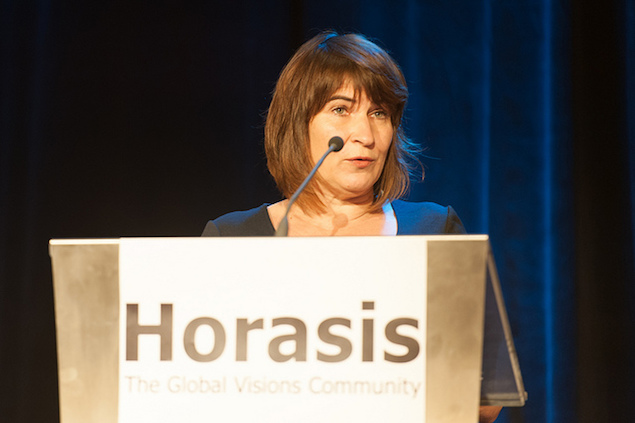 Social awkwardness rests on the idea of being distinctive. It is – in its way – a form of egocentricity. The solution lies in accepting that it is, in the end, entirely normal to be weird, and no reason to greet the world with crippling embarrassment or shame.

Businesses thrive on intelligent hope. To get anywhere requires a capacity to focus on the upside.

But the office pessimist sees it as a mark of intelligence to look past the superficial hopes of others. They’re not thrilled about the new American branch or the online expansion plans. They keep quiet when the new CEO arrives and don’t have much to contribute when the extraordinary opportunities for the Chinese market are outlined.

This conviction of pessimism is, ironically, often a response to excessive hope in the past. Gloominess is a defence against over-excitement – which at some point went very wrong. A way to never suffer the agonies of disappointment is to keep telling oneself – and anyone else who will listen – that failure is inevitable and that things never work out. 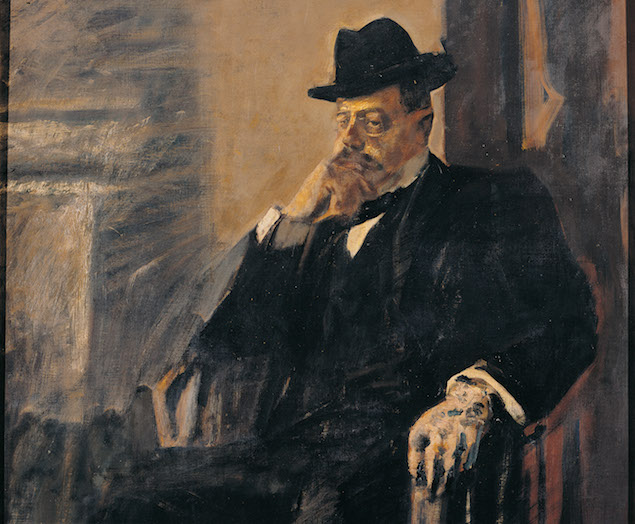 Pessimists resist a sense of grandeur. They are gripped by the idea that great things only happen to other people. There is an inner feudalism at work in their psyches that wrongly asserts that they cannot be allowed to participate in anything major.

They’ve learned to keep their head down because they have developed a very frightening picture of ambition: it does not look like a strenuous, sane and intelligent desire to do something very difficult but worthwhile. It seems like grandiose egotistical mania – which it is (of course) usually far from being.

They seem, at first, the most engaging people in the office. They are sure the sales targets can be met. They reassure clients that everything will work out. They have about them an air of buoyancy and bonhomie.

But in the subtle internal equilibrium that separates hope from naivety, something has gone wrong. They are beset by a grievous resistance to digging into issues to discover the real troubles. 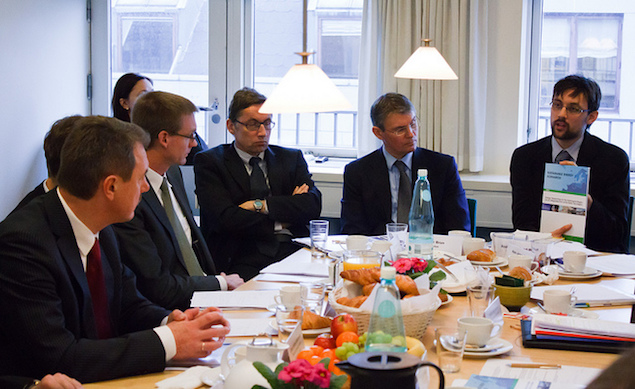 This attitude gets entrenched when a person has too many traumatic experiences around finding things out. At some key point in their development, it was indeed very disturbing to discover what was really at play below the surface: there might have been disguised money troubles in the family, or a parent who was hiding a serious illness.

Such wounding experiences give rise to a general reluctance to investigate. The over-optimist isn’t just leaning on the cheerful end of uncertainty, they need everything to be absolutely OK. They worry that everyone needs to be jollied along. They fear that if anyone admits that things are less than ideal, everyone will get depressed.

At first, they are a joy to be around. They just seem to get on with the task, not asking anything very much of their colleagues.

But gradually, a darker picture emerges. It isn’t that they are merely competent, they are chronically averse to inviting others to help out on tasks or to lending others a hand. When it comes to praise, they want to be the sole recipient. They know teams are meant to be a good thing. But only in theory.

The manically independent person is suffering from a version of sibling rivalry. Their colleagues are viewed as competitors for the attention of a parental boss figure. There is, in their unconscious reading of the situation, not enough love to go around, and they must therefore be sure to shine independently of others. 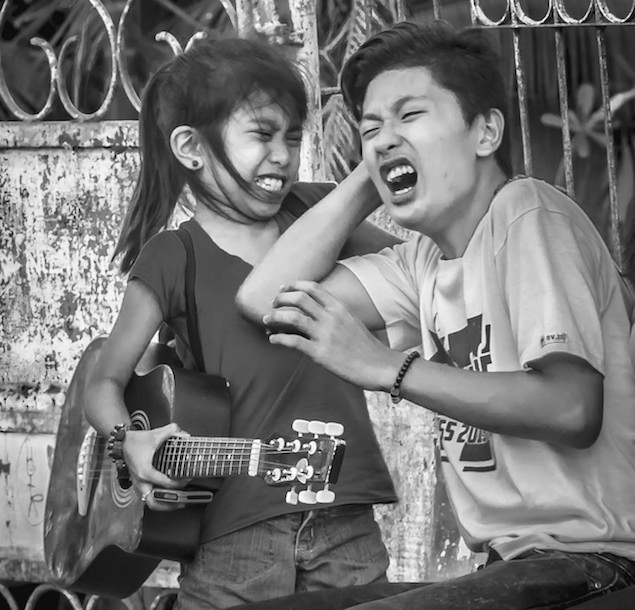 Every bit of love given to another is a little less given to them. ‘I can’t be part of the gaggle of other children,’ presumes the manically independent worker, thereby condemning themselves and their team-mates to eventual weakness and mediocrity.

The obstacles to productive office life are, in various ways, all versions of emotional immaturity.

This means that knowing how to run a business at heart involves the challenge of helping employees to be more mature.

It sounds like an odd idea, given that we expect businesses to be engaged merely in practical tasks. But at this point in the evolution of capitalism, the challenges most workers face are, to a large extent, psychological in nature, which means that emotional well-being can’t any longer be seen as merely a luxury or an after-thought.

We know well enough how important emotional maturity is in relationships and family life. It turns out that it is no less important at the office. Optimistically, given how long we spend at our desks, it might be that the office won’t just be a place to work, it could – if we use it properly – also be a training ground for a maturity that we can take back out into the world, and put to use in the kitchen as much as in the weekly management meeting.