Leaning in to Vulnerability - The School Of Life

For many of us, whenever we feel substantially scared, sad, anxious or lonely, the last thing we would ever think of doing is to share our distress; a confession threatens to make an already difficult situation untenable. We assume that our best chance of defending ourselves and recovering our self-possession is to say nothing whatsoever. So when we are sad at a gathering of friends, we smile. When we are terrified before a speech, we try to change the subject. When we’re asked how we’re coping, we say very well indeed, thank you. We aren’t deliberately out to deceive; we’re practicing the only manoeuvre we know and trust in response to our vulnerability.

What we fear above of all is judgement. We are social creatures who have, somewhere along the way, come to equate being accepted with appearing poised. We assume that we could not both explain what is really going on inside us and survive unblemished. In our eyes, the price of safety is the maintenance of a permanent semblance of composure. 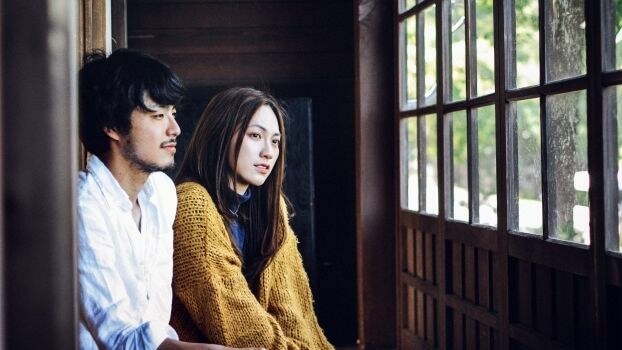 Yet there might be an alternative to this punishing and ultimately hugely isolating philosophy: an idea that at moments of fear, sadness, anxiety and loneliness, rather than insisting on our well-being, we might go in precisely the opposite direction; we might reveal that things really aren’t perfect for us, that we’re pretty scared right now, that we’re finding it hard to talk to people or maintain faith in the future; that we feel anxious and in need of company.

Though our instincts might be hugely alarmed at the prospect of making any such divulgements, we might arrive at some surprising discoveries if we did so: that we immediately felt lighter and less oppressed; that our connection with those around us was significantly deepened by sharing more of the turmoil of our inner lives – and most unexpectedly of all, that the revelation of our vulnerability could make us appear stronger rather than weaker in the eyes of others.

Some of our regrettable furtiveness comes from imagining that all disclosures of fear, sadness, anxiety and loneliness must be the same. But this is to ignore a critical difference between a revelation which comes across as an insistent, desperate demand for rescue, and one which frames a problem with an attitude of sober sad dignity. There is a distinction between begging never to be left alone again and disclosing that one’s been finding one’s evenings quite quiet of late. There can be a firm and dependable barrier between neediness and vulnerability.

Furthermore, rather than merely not threatening our dignity, revelation may be the very ingredient that enhances it. However impressive it may superficially be never to show weakness of any kind, it is a good deal more impressive to have the courage, psychological insight and self-discipline to talk about one’s weaknesses in a boundaried and contained way. It is the mark of a real adult to be able to disclose, with a mixture of aplomb and tact, aspects of one’s childlike self: that one’s been going through a dreadful time, really doesn’t want to be here, or is very worried about seeming like an idiot. True toughness isn’t about holding on to a facade of military robustness, rather about an artful negotiation with, and unfrightened acceptance, of one’s regressive, dependent aspects.

The ability to pull off this feat relies on holding on to a further piece of maturity: a knowledge that everyone is, at heart, as scared, sad, lonely and anxious as we ourselves are. Even if they are choosing not to let on about any of this, we can feel confident in making an empathetic leap of faith that they are doing so not because they are fundamentally different and more robustly constituted than us, but because they are scared – and because we are all collectively hemmed in by an image of what it means to be serious adults that doesn’t allow us to share a sufficient degree of our vulnerable reality (and thereby makes us all collectively sick and alienated from ourselves and from one another). We should accept that it is very normal to be lonely, though everyone is meant to have all the friends they need; and that it is very normal to be sick with worry, even though we’re meant to have a steady faith in the future. In revealing our weaknesses, we aren’t owning up to a freakish possibility, we are proving we are like our audiences in their true, but hitherto needlessly hidden, reality; we are somersaulting over a social barrier and generously creating room in which others too may one day come to feel safe enough to show their fragility and humanity.

Far more than we’re inclined, we can lean into our fears rather than treating them as shameful enemies. Every confession, ably executed, alleviates rather than enforces our burdens. Rather than seeing the world as an entity we must constantly impress (and our reality as something we must perpetually hide), we can dare to imagine that others would not mind us living with a little more of our true selves on show – and that there might at times be nothing more generous or impressive we could offer our neighbours than a tranquil disclosure of our feelings of sadness, isolation, worry and existential despair.