History as a Corrective to News - The School Of Life

History as a Corrective to News

We tend to get very gloomy about our own era: the state of society seems especially lamentable, the international situation is dire, the political process is unnerving, commercial society is rapacious; the media is hysterical and vulgar, education is in crisis. We feel we are living in terrible times.

But ‘terrible’ in comparison to what? The media constantly invites us to view how things are today against a very narrow slice of time. Things feel worse than they were yesterday or last week or two years ago – before the most recent atrocity, economic downturn or security crisis.

By contrast, what we call History offers us a much bigger, fairer and more consoling comparison across large slices of time. It frames what is happening now against the perspective of how things normally tend to go over decades and centuries. 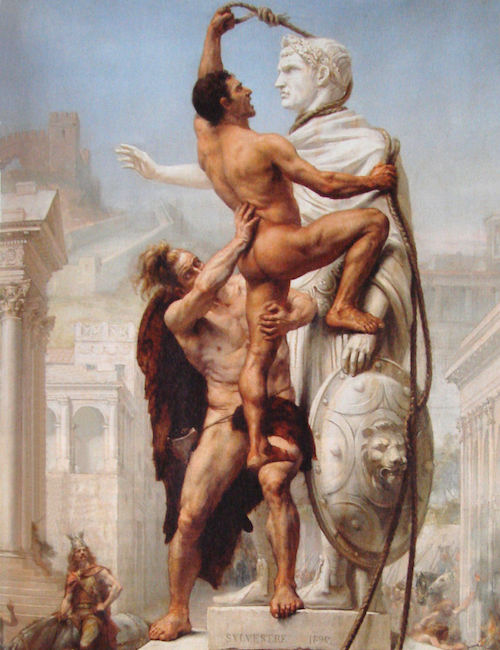 It teaches us some usefully dark lessons. We learn that societies are almost never very admirable; there are always crises; economies pretty much always fluctuate; manners and morals are always shifting and in some ways getting worse; almost no human communities have ever been remarkably just or equal; progressive moments never quite achieve what was hoped of them and are almost always followed by periods of reaction.

Nevertheless, History also reminds us that things have seemed close to outright collapse many times before but that eventually humanity has more or less pulled through. The Roman Empire was governed for many years by a string of horrendous Emperors like Nero and Caligula. But, this didn’t signal the end of everything, as it must on some days have seemed like it must. The chaotic years were followed a bit later by a succession of able and honourable governments (including that of the philosopher Marcus Aurelius) and long periods of civilised prosperity. The troubles of our own times are – much more than we tend to suppose – at once very normal and much less fatal than we are inclined to imagine.

A society at any time can be likened to a ship in a storm. 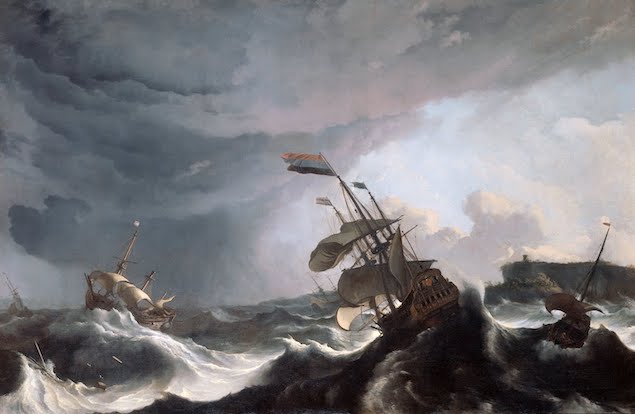 A striking thing about the painting by the Dutch 17th-century artist Ludolf Bakhuysen is that it doesn’t show a ship sinking. It’s a painting of a ship managing to hold its own perfectly well in frightening circumstances that it has been adroitly designed to withstand. It’s a distinction we easily miss. To a sailor on a first voyage, it would, understandably, have felt as if violent death were imminent. But as the older crew knew, the ships of the Dutch navy had survived many far worse storms already.

In effect, the news is always trying to place us in the position of the first-time time voyager. It’s always stoking our natural panic – for its own commercial ends (there is no money to be made reassuring audiences that things will, on measure, be OK). By contrast, History is like the person who has been on the seas for many years and can therefore compare any one storm with a great many others.

History is an artificial, laboriously constructed, beautiful corrective to the natural short-term perspectives of our timid, jumpy minds.