Anna Freud - The School Of Life

‘Defensive’ behaviour is at the root of a lot of the trouble we have with ourselves and others. It leads us to direct blame inaccurately, to hear reasonable criticisms as cruel attacks and to resort to sarcasm and irony as an alternative to sincerity.

The finest guide to the origins of defensive behaviour was the psychoanalyst, and daughter of Sigmund, Anna Freud. Anna was the youngest of the family’s six children. She was born in Vienna in 1895 – when her father’s radical theories of sex and the mind were starting to make him famous across fin de siècle Europe. Anna was regarded as a ‘plain’ child and she struggled at school, where she acquired a dire nickname – ‘black devil’. But later she became a school teacher and then a psychoanalyst – and pioneered the treatment of children. 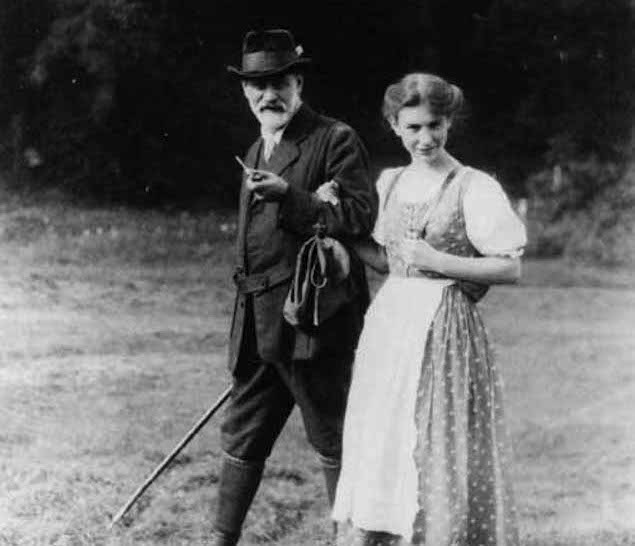 In 1934, she published The Ego and Mechanisms of Defence – the book that laid out for the first time the core idea that we instinctively try to protect our ‘ego’ (our acceptable picture of who we are) with a variety of defences. A defence mechanism is a method of response intended to spare us pain; the problem is that in the act of defending ourselves in the immediate term, we harm our longer-term chances of dealing with reality and therefore of developing and maturing as a result.

We don’t admit there is a problem. We think things like: ‘I enjoy drinking very much and I sometimes get quite bad hangovers. But I don’t drink too much.’ Or; ‘I spend quite a lot of money. But no more than other people. I wouldn’t say I am a financially irresponsible person.’ If other people (relatives, friends, a partner) try to get us to admit there is a problem, we tend to react very badly.

The immediate survival mechanism – the short term instinct to feel all right about oneself – is to refuse to recognise there is a problem because admitting it means we’re going to have to do all sorts of difficult and awkward things about it. But denial gets in the way of long-term coping. 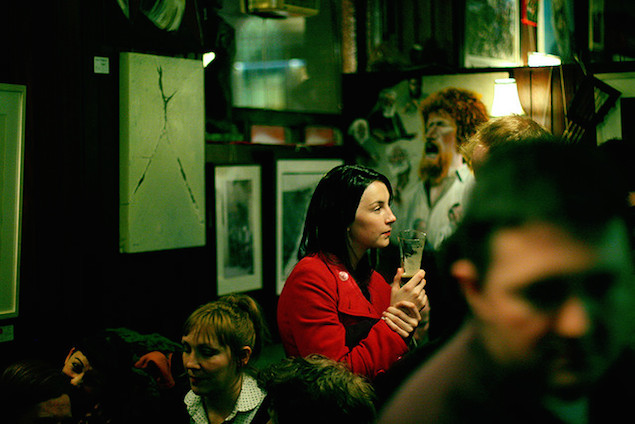 Sometimes, pure denial doesn’t quite feel safe enough. One creates a bit of evidence on the other side. A nine-year-old boy – who’d sometimes very much like a cuddle from his mother but is reluctant to admit this to himself – might say that she’s mean and annoying. He’s ‘proving’ to himself that he doesn’t need her, so when he feels a bit weepy and lonely, it can’t possibly be because he needs his mummy.

Denial isn’t a lie. This defence mechanism is like a smoke-screen that makes it very hard for us to see what’s going on in our own lives.

This involves recognising a negative feeling, but instead of seeing that it is one’s own dark emotion, the feeling is given to (or projected onto) someone else.  This can sound weird and complicated, but it happens a lot.

You get a note saying the boss wants to see you personally about something serious. Your first instinct might be to imagine that they are going to fire you, explain how they’ve found out some terrible facts about you. You’ve got a picture in your head of this person being cold, forceful and very angry. When you get to the meeting, you just hear some useful guidance about an important new contract that’s coming up. So, all the emotions – the terror, the coldness, the vindictive anger – are actually coming from you. You projected them onto your senior colleague. You have given the negative feelings, which you don’t want to recognise in yourself, to someone else. 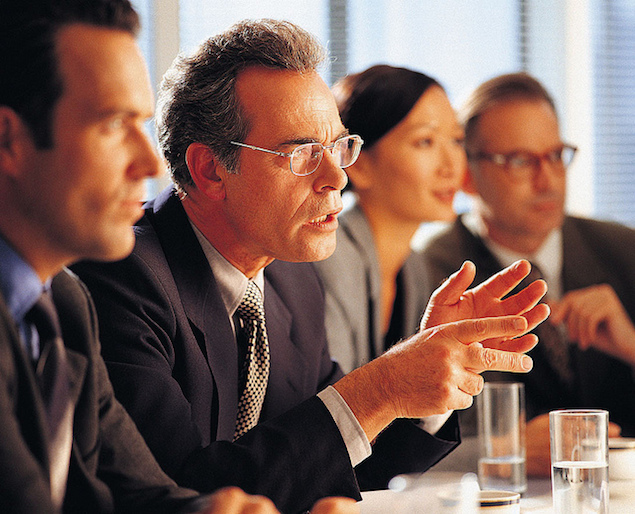 Or, you feel that your partner is going to be extremely critical if you don’t make more money this year than last year. You fret a lot about this; you imagine the cutting remarks they’re going to make, the withering looks. But in reality they don’t have these feelings. They may be genuinely understanding and sympathetic (though, yes, of course, it would be nice if your income was on the rise). The harsh, bitter thoughts are not in your partner. They are in you – and they came from your mother, let’s say. But you project them onto the nearest candidate.

Therefore, instead of being very frustrated with yourself (a highly uncomfortable feeling), you can feel hard done by (a slightly easier feeling). After all, you’ve got – at least, in your head – such a pushy, never-satisfied partner. Instead of facing the painful and difficult question of why you can’t make more – or why it isn’t ok for you that you make what you do – you create a diversion: your ‘annoying’ partner.

Three: Turning against the self

We turn to defence mechanisms to protect ourselves from psychological suffering. So it sounds paradoxical to say (as Anna Freud insisted) that hurting oneself – being angry with, or loathing oneself could be a defence. It’s a matter of what we find most frightening. There may be many things which scare us much more than disliking ourselves.

Defences can be traced back to childhood. And a child abandoned, or harmed by, a parent might well seek refuge in a thought which, though grim, is less awful than the alternatives. I (feels the child) must be bad and worthless, I’m an awful person – that’s why my parent is behaving this way. So, really – the thought goes – I still have a good parent. It’s painful – but may be less catastrophic than the truth: one is actually in the hands of someone who doesn’t care.

Many musicians have turned negative life experiences—drug addiction, social ills, family problems, and so on—into popular and resonating performances and songs, which have served to energise and inspire many people. Troubled artists such as Vincent van Gogh, who struggled with an absinth addiction that famously led him to cut off his ear, was able to channel his problems into his artwork and create intensely memorable images. 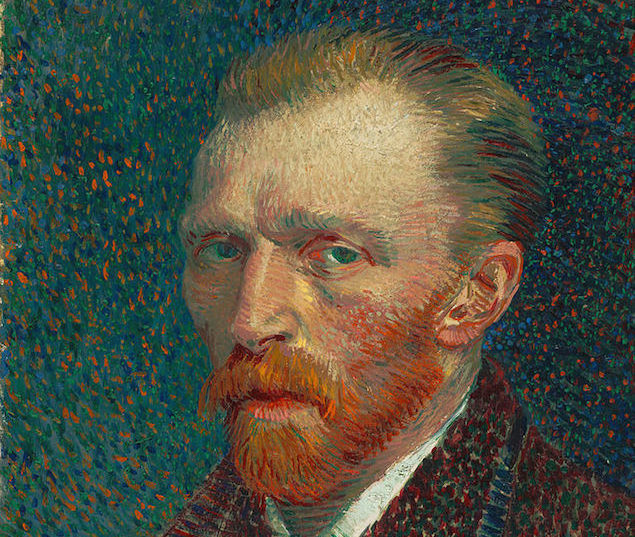 Art gives us the most conspicuous examples of a more widespread possibility. An aggressive impulse to tell everyone what to do and to impose one’s will without restraint, may be sublimated into a determination to make one’s work accurate and impressive. A fascistic impulse may be redirected into a socially beneficial aspiration for order and coherence.

Often enough childhood seems – in retrospect at least – a time of safety. As a child one was shielded from responsibility. One was not expected to understand, to take difficult decisions, to be consistent, to be good at explaining what the matter was.

In regression – as a defence – one becomes childish in some crucial way. One might, for instance dither a great deal, rather than take a decision – and bear responsibility for the consequences.

A core feature of regression is the conviction that troubles are always the fault of other people. It’s a strategic return to the child’s belief that the parents rule the world and can do anything, so if anything goes wrong they could and should put it right. And the one person who cannot possibly be blamed is, of course, the child. 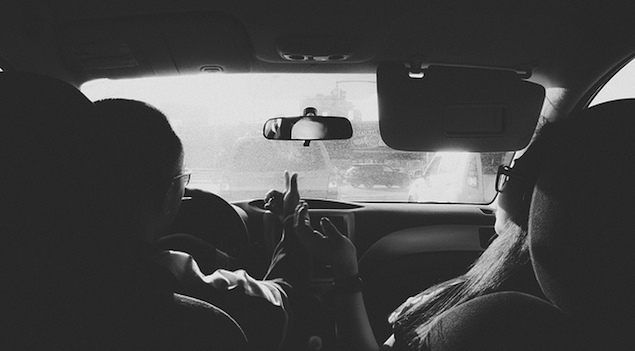 A tantrum is a characteristic regressive defence mechanism. Rather than try to work out a solution to a problem, one tries (in the logic of childhood) to solve it by getting upset. In the adult world this can look crazy. But babies really do have to signal for help by crying, screaming and banging their fists. It’s absolutely the best they can do. So the tantrum means, in effect – I cannot be responsible for this situation: you must help me because I am only a baby.

Rationalisation is a smart sounding excuse for our actions (or what happens to us). But it’s carefully tailored to get the conclusion we feel we need: that we are innocent, nice, worthy.

One key type of rationalisation involves doing down the things one does not have but secretly would like. After being rejected for a job, the defensive rationaliser will say: “it was a boring company” or “I never wanted the job anyway”. They may have very much desired the job. But it can be agonising and deeply humiliating to admit this to oneself. So, a more acceptable sense of oneself is preserved by creating the reasonable, careful – rational – sounding fiction: it wasn’t actually a very good job, now I come to think of it more seriously. But it’s not the assessment of the merits of the job that leads to the conclusion; rather it’s the urgent psychological need to protect one’s self esteem.

Intellectualisation is similar. It involves ignoring something very painful and important by starting a highly plausible conversation inside one’s head about something entirely different. The scarring sense of loss,  guilt, betrayal and anger on breaking up with a partner might be neutralised by thinking about the history of the late Roman Empire or the government’s plan to raise interest rates. Many intellectuals are not merely thinking a lot. They are also guilty of ‘intellectualisation’; making sure their researches keep a range of more pertinent issues at bay.

Reaction formation involves doing the opposite of our initial, unacceptable feelings. We might call it ‘over-compensating’. Someone who has a strong interest in sex with teenagers may, for instance, join a religion with a particular emphasis on abstinence among the young. We are often guilty of reaction formation in childhood. When we are embarrassed about being attracted to a classmate, we might be mean or aggressive towards them, instead of admitting our attraction. 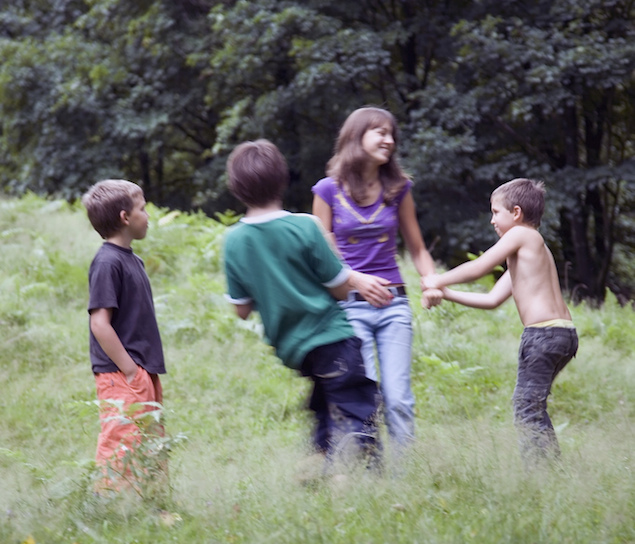 Displacement is the redirection of a (usually aggressive) desire to a substitute recipient. It is generally engendered by a frustrating person appearing to us as a threat and us reacting to it by directing our feelings towards someone/something else who is easier to blame.

So a classic case is someone who may feel threatened by their boss and comes home and shouts at their partner.

Fantasy is another escapist mechanism. It avoids problems by imagining them away or disassociating oneself from reality. 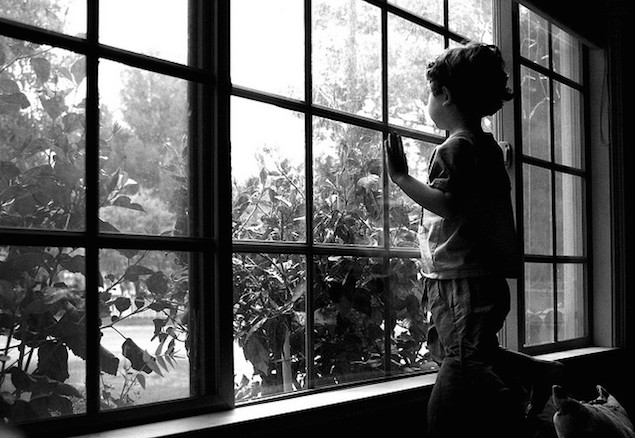 In March 1938, four years after writing the book on defence mechanisms, Anna moved to London with her family, to escape the Nazi occupation of Vienna. After the war, with a friend, Kate Friedlaender, who specialised in juvenile delinquency, she set up child therapy courses at a nursery and clinic in Hampstead.

She died in 1982. Her ashes were placed next to her parents in the Golders Green Crematorium in north London, in an ancient Greek funeral urn, together with those of her lifelong partner and colleague Dorothy Tiffany-Burlingham.

Anna Freud started from a position of deep generosity towards defence mechanisms. We turn to them because we feel immensely threatened. They are our instinctive ways of warding off danger and limiting psychological pain.

Anna Freud keeps reminding us that the defences are not voluntary. They are not conscious deliberate choices. We don’t realise what we’re doing. We don’t think of ourselves as being defensive. We don’t see that we’re in denial, or that we’re rationalising. The role of a defence mechanism isn’t to get at a truth, but to ward off distress.

Anna Freud is teaching a lesson in modesty. For she reveals the extreme probability that defence mechanisms are playing a marked and powerful role in one’s own life – though without it being obvious to oneself that this is so. It’s a humbling thought – and one that should induce a little more gratitude to those who consent to live their lives in close proximity to us.