On Charm - The School Of Life

Though charming people are a delight when we encounter them, most of us rarely think of consciously setting out to be charming. The very idea of learning to be more charming sounds off-key, for we tend to believe at some level that we are simply born charming or aren’t – and that any conscious attempt to acquire the quality would be fatefully lacking in authenticity. In other words, it seems rather wrong to think too hard about trying to get people to like us.

That’s a pity, given how many important things need to be accompanied by a dose of charm in order to get going in the world. Ideas, projects, political proposals and people all stand in need of being presented in a charming way if they are to succeed and win an audience. It therefore seems a grievous surrender to fortune to leave charm only to those who spontaneously possess it – or to the apparently unscrupulous who are sanguine about plotting directly to obtain it. 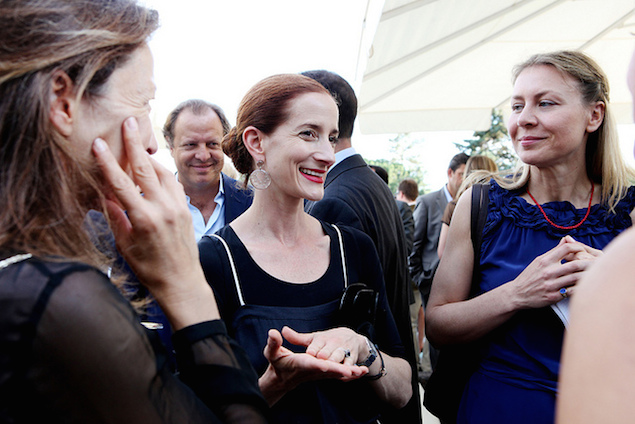 In truth, charm is a technique, neither sinister nor moral in itself, that can be used for good or ill and whose ultimate value depends on the purpose to which it is being applied. The world would be well served if the mechanics of charm were studied with particular energy by those with the best ends in mind.

What, then, are some of the leading constituents of charm?

We grow up with an idea of politeness which is based on reigning in most of what human beings are and feel. This is often an extremely good idea. It can be deeply unpleasant to be given too close a tour of another person’s inner nature: their obsessions, envy, vindictiveness, despair or odours. Repression serves a sound overall function.

Nevertheless, we can overshoot in this direction. We can end up associating politeness with such a stiff-backed reserve, we can be so coy about all the deeper, more appetitive, impulsive and emotional sides of our natures, that far from proving ingratiating, we end up repelling others through the blank impassivity of our facades. 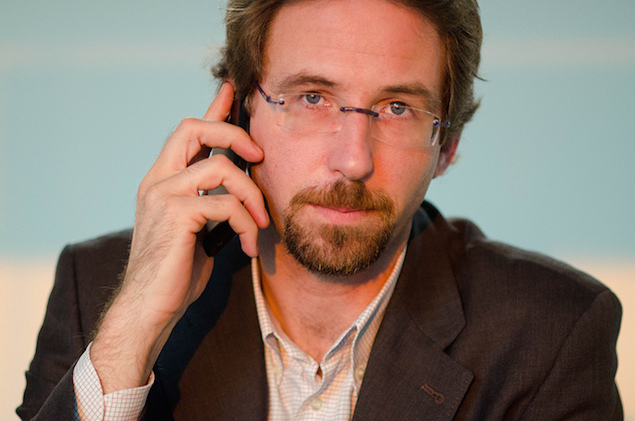 The charming person understands that winning others over requires a careful revelation of some of the more intimate parts of themselves. They will, for example, express an opinion which runs counter to a standard line, but seems to better accord with the truth (that museum show really was a little tedious). Or maybe they will share an anxiety, a regret or a desire – moves which give others perspectives on more vulnerable, intimate dimensions. They might point out that they’re rather worried about a forthcoming meeting, sometimes think nostalgically back to being a child or occasionally feel like crying when they see a very old person in the street. They might, at a stiff dinner, say that they would love to drink a Coke.

However, the charming person is careful not to allow these revelations to spill over into demands on others: regrets don’t turn into whines, desires don’t lapse into compulsions; wayward appetites don’t disrupt routines. The charming person is master over themselves, they are allowing us a glimpse into a self which is at once complex and contained.

When trying to win others over, we try to make sure they are comfortable, at ease and have what they need. Hospitality is at the heart of charm.

However, when we are stiff (and scared), we operate with an unhelpful picture of what other people might really be like and in need of inside – and therefore cannot arrive at convincing accounts of what they would enjoy talking about, doing with their bodies, looking at or eating. 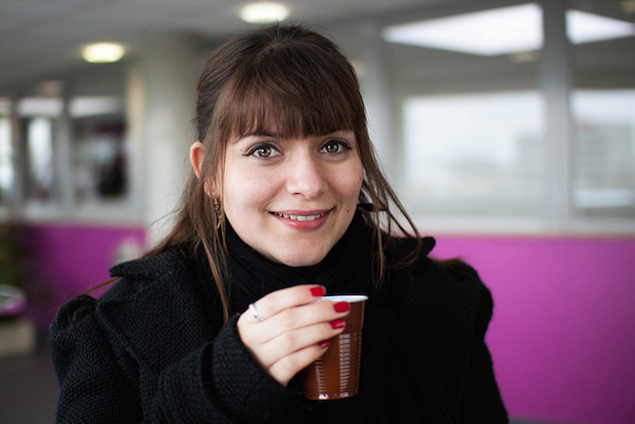 The reason for our lack of insight is that we are forgetting that others are likely to be – in most areas – really much like ourselves, which means rather different from the predominant social account of what ‘normal’ people are like. They too, are likely to share in some of our less prestigious but still deep-seated and important thoughts and needs. Even though nothing in their current demeanour would lead one to know this for certain, they too must – the ‘warm’ person guesses (out of a confidence in their own acceptability built up in a non-shaming childhood) – want to lounge on the sofa, eat things out of the fridge without ceremony, have a giggle, watch a particular show on TV or share a few lustful thoughts. The warm person has a secure enough sense of their own fundamental decency to be able to bring their own experiences into play when interpreting other people’s desires. They are asking themselves how they would be feeling in another’s shoes – and using this information in an active attempt to put others at ease.

Charming people will correctly hazard a guess that the other person might want to rest for a few hours or fancy discussing a couple at the table opposite or dance to some not especially fashionable music. They’ll know how important it is to know where the bathroom is and add that they often need to go themselves. They’ll know that it’s worrying for everyone (not just them) to meet a new person – and playfully allude to their shyness.

The warm person has confidence in always being able to locate common ground, shared themes of vulnerable life that can overcome differences in cultures, ages or ranks.

Many encounters feature someone who is more powerful or important than somebody else; an inequality that can make for tension and anxiety – despite efforts to be polite. 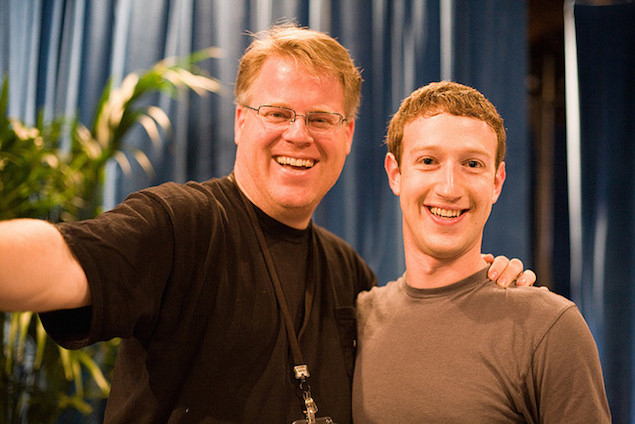 The powerful but charming person grasps that the predominant fear in their audience is that their status will have rendered them arrogant and invulnerable. They therefore take care very swiftly to say or do something that asserts their fundamental equality in areas outside of their obvious zone of superiority; they may be the CEO, but their toddler had a tantrum today (children are the best possible equalisers). They might have a great deal of money, but they have suffered a romantic misfortune. They are the King, but are – right now – dying to have a cheese sandwich, as you must be too. The frailties and ordinary desires of the powerful have a profoundly charming dimension, because we need so badly to hear that power understands our own concerns, needs and fears. What we call being charmed is, at heart, simply immense relief that we are not alone with our sorrows and difficulties in a stratified, hierarchical world.

The charming person allays our fears, universal in their existence though always particular in their nature, that we are at heart freakish, odd or shameful. They send out signals that we have leeway to reveal the less well-known and prestigious sides of our natures – because they are, they let on subtly, a little weird themselves and have a good-natured, unfrightened sense of the ubiquity of madness. 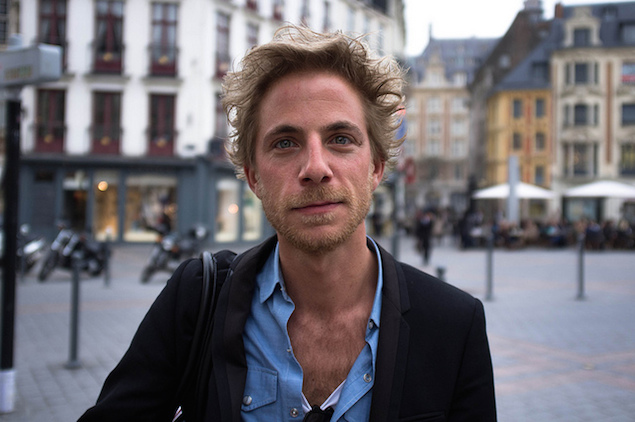 Absolved of the fear of being weird, we are then free to explain what we really need ourselves: perhaps another blanket, a lie-down, a conversation about a lover or a long trip to the bathroom.

The charming person feels curious about others. They ask a lot of penetrating and energetic questions about the new person they have just encountered.

They aren’t just putting this on; their curiosity is the outcome of an underlying intellectual position on education. In essence, the curious person has a sense that they could learn from pretty much anyone they could meet. They don’t restrict curiosity to particular situations or people. They realise that there is something to be learnt pretty much everywhere, in every topic of conversation. They are therefore enriched rather than impoverished by social encounters. An account of someone’s holiday, the latest twist in the life of a pop star, a reflection on the weather, all of these can be sound enough starting points for substantial discoveries and therefore, the conversational direction of their interlocutors are never merely stamped out, but carefully extended and deepened. 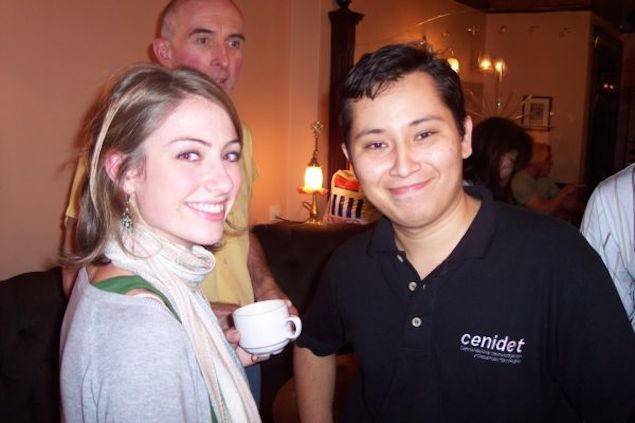 The curious person feels that bits of the truth have become lodged in a huge variety of topics – a cognitive version of the Christian idea that there is a bit of the divine in everyone. They have no sense of restriction about where they might land upon something interesting.

These factors are what make a person charming. They are not mysterious, random gifts of nature. They are, instead, the result of certain strategic bits of knowledge and insight. Becoming more charming is a matter of taking to heart these ideas around warmth, equality, unshockability and curiosity.

Being charming isn’t simply a nice optional extra. It’s central to dealing effectively with practical problems. We’re so often held up by difficulties with other people, who we struggle to persuade, motivate and get on our side. Charm is a major mechanism for having an impact. The more important and worthwhile our objectives the more important it is to be able to deploy charm to further them.

Charm is neither superficial nor the special preserve of those with questionable intentions. At its best, it is a virtue which enables good people to extend their influence in the world.