There have been places and periods of history when only a congenital optimist could have had any hope for the future of our species. Think of the end of Athens’s golden age, the fall of the Roman Empire, the petering out of the Renaissance, the close of the Enlightenment, the rise of fascism…

It’s when things look bleak indeed that it pays to remember the German 19th century philosopher Hegel. In his Lectures on the Philosophy of World History, published in 1830, Hegel offered us a way of looking at the darker periods of history that neither glosses over their pain nor refuses to give up hope – but intelligently helps us to understand why human progress cannot be linear while encouraging us to trust that it does occur nevertheless.

For Hegel, history moves forward in what he termed a dialectical way. A dialectic is a philosophical term for an argument made up of three parts:

Both the thesis and the antithesis contain parts of the truth, but they are also exaggerations and distortions of the whole, and so need to clash and interact, until their best elements find resolution in a synthesis. 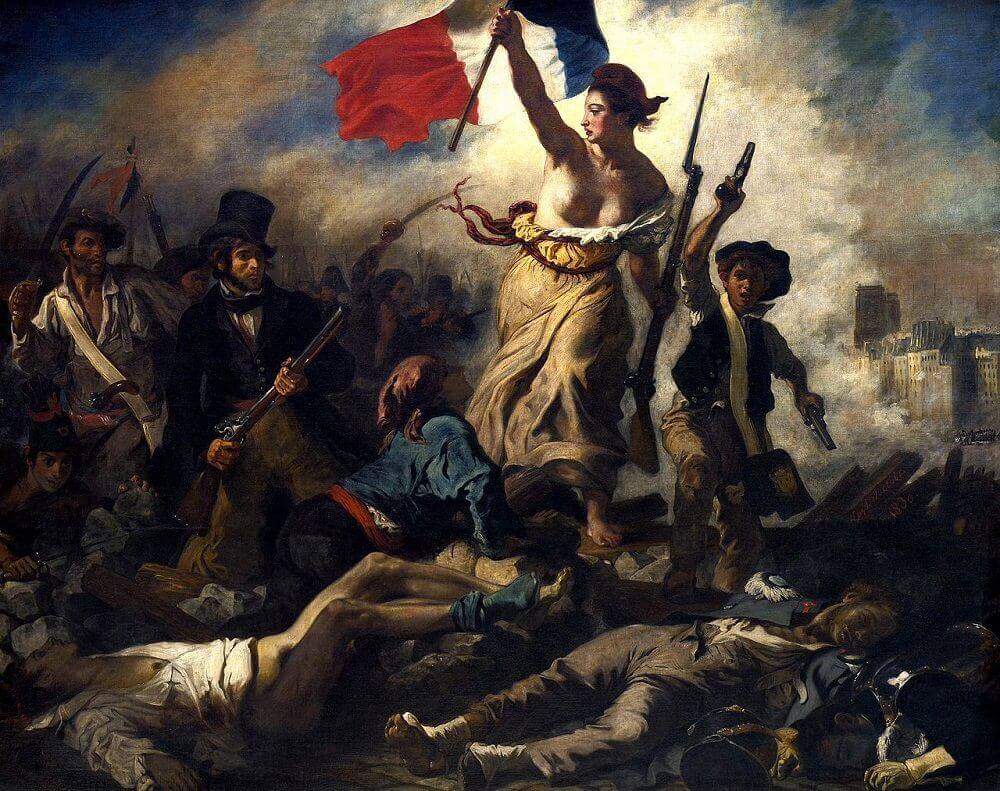 Hegel thought this pattern a constant in history. The world makes progress by lurching from one extreme to another, as it seeks to compensate for previous mistakes and generally requires three moves before the right balance on any issue can be found.

For example, the Ancient Athenians discovered the idea of individual liberty, but their regime was blind to the need for collective discipline and organisation. The Ancient Persians knew all about that and were thereby able to conquer the Athenians on the battlefield, yet they were also despotic enemies of free thought, which with time became its own liability. It took many centuries for the correct synthesis between liberty and discipline to be worked out in the form of the Roman Empire.

In Hegel’s own era, the stifling, unfair 18th-century system of inherited monarchy had been abolished by the French Revolution – but what should have been the peaceful birth of representative government ended up in the anarchy and chaos of the Terror. This in turn led to the emergence of Napoleon, who restored order but became a military brute, trampling on the liberty he had professed to love. Only after forty years and much bloodshed did the modern ‘balanced constitution’ emerge, an arrangement which more sensibly balanced up popular representation with the rights of minorities.

Or to take another example, the European Enlightenment had stressed the importance of Reason, but it had in many parts been sterile and reductive. The movement known as Romanticism had then swept in to assert the importance of Emotion but this had carried excesses of its own. Only eventually had a correct reconciliation been worked out between the legitimate, competing needs of Reason and Emotion.

Hegel’s argument has a highly consoling feel at moments when it seems that one kind of progress has been entirely lost. He is on hand to reassure us that we are merely seeing the pendulum swing back for a time. Yet he also wisely counselled that this was needed because the initial move forward had been blind to a range of crucial insights. All sides on a matter will contain important truths lodged amidst exaggerations, and bombast  – yet will eventually be sifted through the wisdom of time.

Hegel reminds us that big overreactions are eminently compatible with events broadly moving forward in the right direction. The dark moments aren’t the end, they’re a challenging but even in some ways necessary part of an antithesis that will – eventually – locate a wiser point of synthesis.