Ralph Waldo Emerson is the father of American Literature. In a series of strikingly original essays written in the mid-nineteenth century, he fundamentally changed the way America saw its cultural and artistic possibilities, enabling its separation from transatlantic literary traditions. ‘We have listened too long,’ he wrote, ‘to the Courtly muses of Europe.’ His ejection of cultural traditions brought about what one contemporary called America’s ‘intellectual declaration of independence’ and established generational conflict and transformation as the commanding ideas in American Literature. 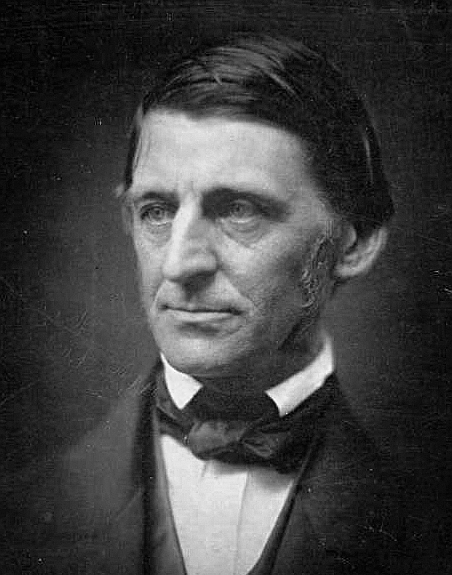 Emerson himself hardly seemed destined to fit the revolutionary mould. He was born in 1803, the son of a Boston preacher, and was descended from a line of New England ministers that went back to the bedrock of seventeenth-century Puritanism. When his father died in 1811 his mother took in boarders to pay the rent. Still, she sent him to Harvard in 1817 and then to Harvard Divinity School to train for the priesthood in 1825. As a young man he was strongly influenced by his remarkable aunt, Mary Moody Emerson, who, though self-taught, had read everything from Shakespeare to the Romantics and had formed a unique religious perspective based on piety, nature and literature that would resonate powerfully in the life and work of her nephew. So when he was ordained in 1829, marrying the love of his life Ellen Tucker in the same year, Emerson was already unsatisfied with the formal nature of New England religious orthodoxy. When Ellen died of tuberculosis just two years later he resigned from the church and soon after embarked on a recuperative trip to Europe, leaving on Christmas day 1832.

Two crucial things happened to Emerson on that tour of Europe. In Paris he went to the famous Jardin des Plantes, a botanical and zoological garden. There he had an epiphany, writing in his journal that:

I feel the centipede in me — cayman, carp, eagle, & fox. I am moved by strange sympathies, I say continually ‘I will be a naturalist.’ 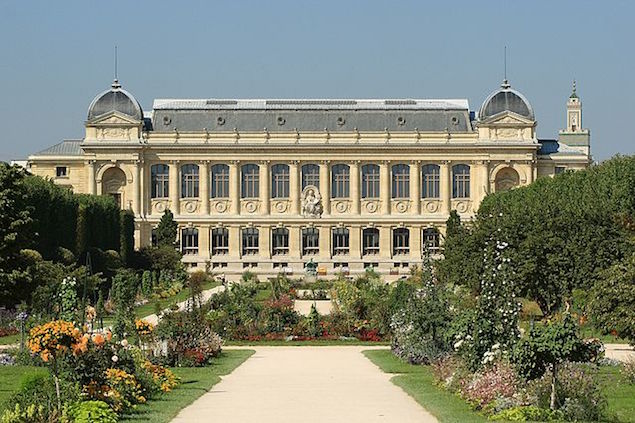 His insight was that nature is in us, part of us; and not just its higher forms, but in all its grotesquery and wildness.

The second thing that happened on that tour was that he met the English Romantic poets Samuel Taylor Coleridge and William Wordsworth – and found them rather ordinary, dry and conservative men. The insight that Emerson drew from this was that if great men could be so ordinary why should not ordinary men be great? As he would write a few years later: ‘Meek young men grow up in libraries believing it their duty to accept the views which Cicero, which Locke, which Bacon have given, forgetful that Cicero, Locke, and Bacon were only young men in libraries when they wrote these books.’ Emerson had found two ideas that would guide his life’s work: that man and nature are one and that everyone can recognise that they are a uniquely significant human being. 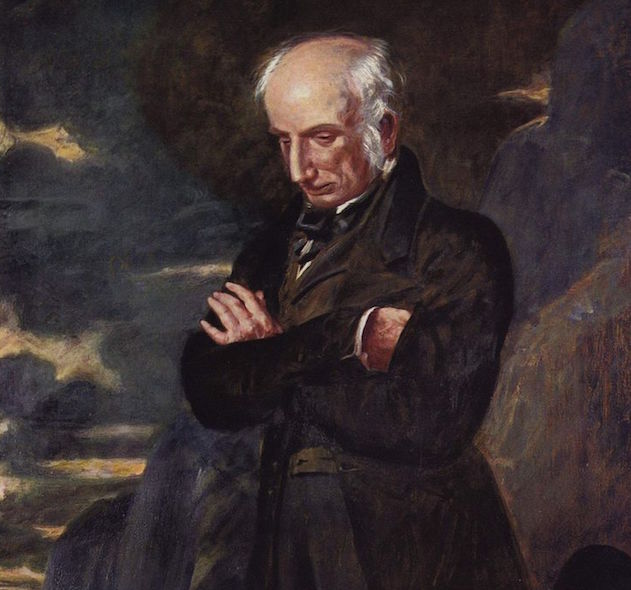 On his return to America in 1833 Emerson became a professional lecturer, giving talks on natural history and literature in halls around New England. He remarried and had several children, presenting a stolid, bourgeois appearance to the world. His inner life, though, was full of turbulence and originality. In his 1836 essay Nature, he outlined the germ of a new philosophy. A key element of this was the importance of American originality. In its opening lines he wrote: ‘Our age is retrospective. It builds the sepulchres of the fathers. It writes biographies, histories, and criticism. The foregoing generations beheld God and nature face to face; we, through their eyes. Why should not we also enjoy an original relation to the universe?’ America needed to stop looking back to its European heritage and start looking about itself. No past moment was more important than the present moment. No tradition was more important than novelty. No generation was better than the current generation. Everything that matters is here now – and that ‘here’ was America.

This was an extension of Emerson’s ideas about the significance of the individual that came under the heading of ‘self-reliance.’ Everywhere he looked he saw people living lives that were based on tradition, that were limited by religious forms and social habits. No one could be themselves, he thought, because they were all too busy being who they were supposed to be. Emerson wanted to get rid of each of these burdens – the past, religion and social forms – so that each person could find out who they truly were. As he put it: ‘history is an impertinence and an injury’; ‘our religion, we have not chosen, but society has chosen for us’ and ‘Society everywhere is in conspiracy against the manhood of every one of its members.’ We must, he argued, live from within, trusting nothing but our own intuitions. For, as he concludes: ‘Nothing is at last sacred but the integrity of your own mind.’ 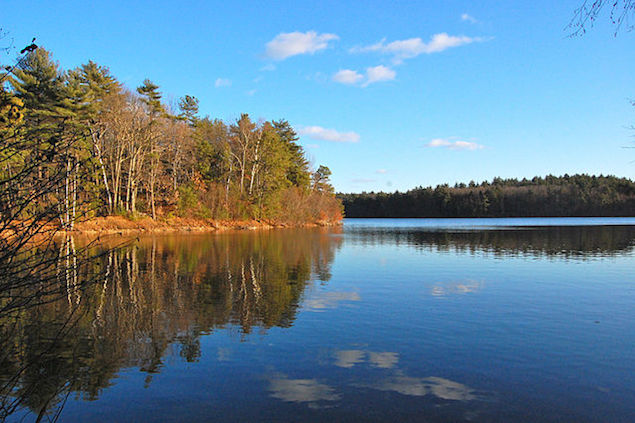 This leaves open a vital question: what is your nature once you have rid yourself of history, tradition and religion? What can be said is that it is not self-indulgence, it is not hedonism, it is not narcissism – rather it is the surrender to that force which Emerson recognised back in the Jardin des Plantes: it is obedience to nature itself.

By nature Emerson seemed to mean the natural world – plants, animals, rocks and sky – but what he really meant was God. For Emerson was a Pantheist, someone who believed that God exists in every part of creation, from the smallest grain of sand to a star – but also, crucially, that the divine spark is in each of us. In following ourselves we are not being merely fickle and selfish, but rather releasing a Divine Will that history, society and organised religion have hidden from us. The individual, as he writes, ‘is a god in ruins’ (CW1 42); but we have it within us, by casting off all custom, to rebuild ourselves. He makes this Pantheist connection explicit in his most famous lines:

Crossing a bare common, in snow puddles, at twilight, under a clouded sky, without having in my thoughts any occurrence of special good fortune, I have enjoyed a perfect exhilaration. I am glad to the brink of fear. […] Standing on the bare ground, — my head bathed by the blithe air, and uplifted into infinite space, — all mean egotism vanishes. I become a transparent eye-ball; I am nothing; I see all; the currents of the Universal Being circulate through me; I am part or particle of God. 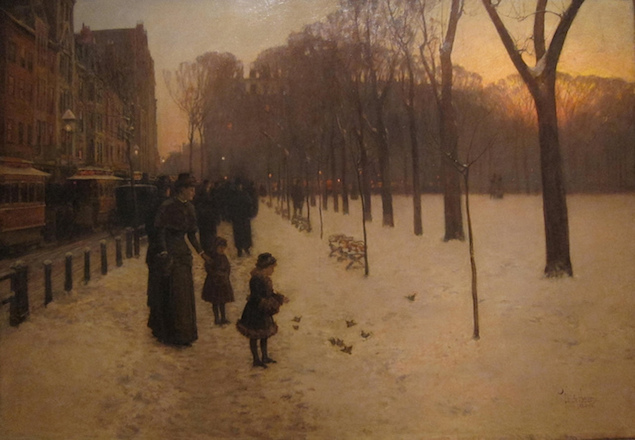 In the Romantic tradition, on which Emerson draws, it is the sublime – great mountains, rushing torrents, dark forests – which releases the inner vision as we find ourselves in awe of them. For Emerson it is a perfectly dull walk across an ordinary common on a dark winter’s evening that brings him ‘to the brink of fear.’ Emerson’s God is in the snow puddles too. Stood there, on the common, he disappears, becoming nothing, as the currents of God flow through him. What is left is a ‘transparent eyeball.’ Such transcendent moments are rare but they reveal an essential connection between nature, God and man – they are one. They also give, for Emerson, a proper sense of each individual’s importance as a part of God. ‘Transcendentalism’ became the name of the movement that grew up around Emerson at that time.

Another aspect of this epiphany that was to have a profound effect on American literature was the emphasis on the value of the ordinary. What Emerson put forward in essays like ‘The American Scholar’ and ‘The Poet’ was that the American everyday was the proper subject of literature. This was because for Emerson the Transcendentalist God is everywhere and it is the poet’s job to reveal this. ‘There is no object,’ he writes, ‘so foul that intense light will not make beautiful. […] Even the corpse has its own beauty.’ This coming from a man who opened his first wife’s tomb a year after her death. 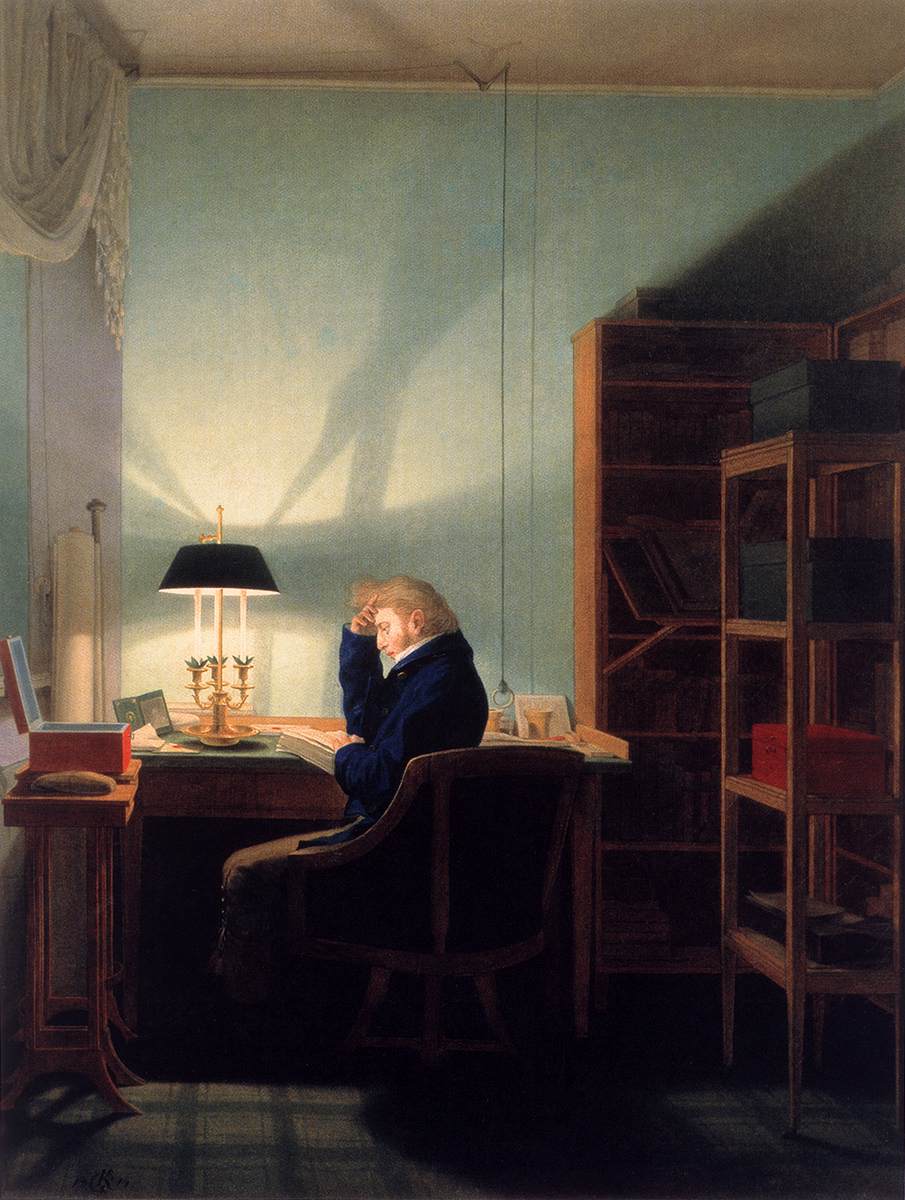 The great American writers who followed Emerson were liberated by his work to look around and write about what they saw and how they lived, transforming the everyday into a vital symbol of something higher and more elusive. Henry David Thoreau’s two years at Walden Pond became a book that showed the cosmos reflected in the depths of its waters. The poet Walt Whitman said ‘I was simmering, simmering, simmering; Emerson brought me to a boil.’ Emily Dickinson heard a fly buzz and could write of the other side of death. The novelist Herman Melville took a whaling voyage and made it an allegory of American imperialism and the defiance of nature. In the twentieth century the critic Harold Bloom looked back at Emerson’s originality and saw in it the origin of the ‘strong tradition’ of American poets from Robert Frost and Wallace Stevens to John Ashbery. Emerson’s legacy to American literature and culture – and indeed to the world – was one of ceaseless invention and forward momentum – as he put it: “I unsettle all things. No facts are to me sacred; none are profane; I simply experiment, an endless seeker with no Past at my back.”