How to Get Over Someone - The School Of Life

How to Get Over Someone

We tend to be generous towards people who can’t get over someone. It sounds Romantic, if a little sad. The love affair happened a year ago now, but still the ex’s thoughts remain loyal to every detail of the story. Maybe they’ve moved to another country, perhaps they’ve married someone else, maybe they’re dead.

The most famous fictional love affair of the 18th century, Goethe’s Sorrows of the Young Werther, is a hugely sympathetic study of this kind of Romantic fixation. The hero, Werther, an ardent young student, falls passionately in love with a charming and beautiful woman named Charlotte. She likes him but doesn’t love him back – in part because she is married to someone else. There are plenty of other nice women who are single, attractive and interested in Werther. But he has no time for them. The only one he cares for is Charlotte, the one who can’t care for him. Eventually, unable to have Charlotte’s love, Werther decides to kill himself. The novel proved hugely charming to its original audiences, who praised it for its deep and pure understanding of love.

This sort of unrequited passion – so often celebrated in literature and society more generally – may sound generous and in that sense loving, but a devotion to an unrequited situation is, in truth, a clever way of ensuring we won’t end up in a relationship at all; that we won’t ever need to suffer the realities of love. Fixation on an absent other allows us to be publicly committed to love while privately sheltered from any of its more arduous demands. 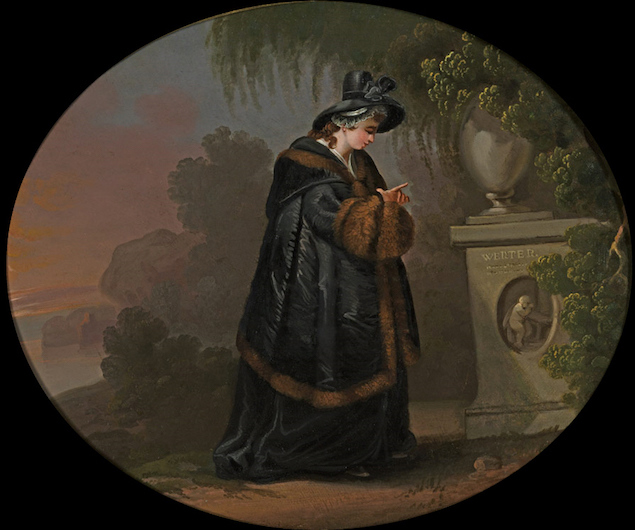 The fear of love may be motivated by a range of factors: a squeamishness around hope, a self-hatred which makes someone else’s love feel eerie, or a fear of self-revelation which breeds a reluctance to let anyone into the secret parts of ourselves. The fears are serious and deserve sympathy, but they are generally not the issues the Romantically fixated person ever wants to discuss. They prefer to keep the spotlight on the unresponsive ex rather than on their motives for continuing to dwell on them.

The way to unfixate is not to tell ourselves that we never liked a person. It is to get very serious and specific about what the attraction was based on – and then to come to see that the qualities we admired in the ex must necessarily exist in other people who don’t have the set of problems that made the original relationship impossible. The careful investigation of the character of one person – paradoxically but very liberatingly – shows that we could in fact also love someone else.

This is not an exercise in getting us to give up on what we really want. The liberating move is to see that what we want has to exist in places beyond the pain-inducing character we originally identified it in.

We should gently recognise that being disappointed and abandoned has its curious satisfactions; it is – in an emotional sense – a very safe position to be in indeed. Yet true love isn’t to be equated with pining for an absent figure; it means daring to engage with a truly frightening prospect: a person who is available and thinks, despite our strong background suppositions to the contrary, that we’re really rather nice. That is perhaps the only the sort of challenge that properly deserves the lyrical and grand word Romantic.