Emotional Translation - The School Of Life

Listening to a lover is a vital skill in relationships. But there is an associated, and perhaps less well-recognised talent we may also need to nurture: that of sometimes not quite listening to what a lover is saying in favour of deftly imagining what they might really mean – which could be a different thing altogether. Though taking someone at face value is rightly seen as a supreme symbol of respect, within love, it may at points be more accurate, as well as a great deal kinder, to dig beneath the surface meaning of words in search of a partner’s real but more bashful, complex or hesitant underlying emotional intention.

We’re generally good at translation. When a foreign language is involved, it’s clear we’ll have to make an effort to tease meaning out from beneath a new and confusing set of words. To help us along, we’ve calmly developed bilingual dictionaries, traveller’s phrasebooks and – more recently – apps and digital tools. But when it comes to love, we are in the fateful habit of believing that we are speaking the very same language as our partners, though in key situations, their way of handling words is of course entirely different from ours. 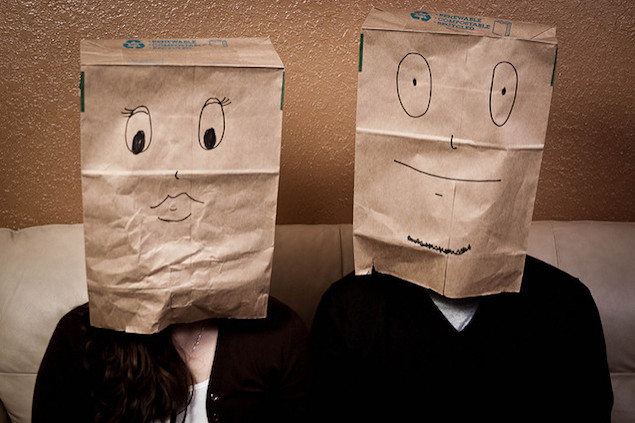 Many foreign languages are riddled with what translators call ‘false friends’ – words which strongly suggest they mean one thing when they in fact mean another. The Italian word baldo sounds to an English speaker as if it must mean ‘bald’ whereas it actually means ‘brave’. The French word ‘monnaie’ can seem as if it must mean money while it in fact refers to loose change. One of the key steps to successfully learning a foreign language is to get used to discounting the ‘obvious’ implications of certain words and to force ourselves to work harder at determining their true meaning.

We need to practise something very similar around our partners. Here too, a foreign language is involved and ‘false friends’ are rife, words and phrases where the meaning is not what we might initially suppose – and where we stand in need of a dictionary to help us with the critical task of emotional translation:

Entries in The Emotional Dictionary

Translation: It can feel profoundly humiliating to admit to another human being that they have the power to unnerve, hurt and perhaps destroy us. To start to love someone means both to be strengthened and weakened; placed at another’s mercy, for we become (if love has gone right) heavily reliant on our lover’s good behaviour, kindness and dependability. When this is not forthcoming, we may choose not to lay bare our weakness. We may opt to say that nothing is up not because it is, but because revealing our wounds threatens to increase yet further now-intolerable feelings of weakness and subjugation. Our protestations that we are fine are an attempt, as unconvincing as they are touching, to lay claim to a solidity and invulnerability that our love has stripped us of. 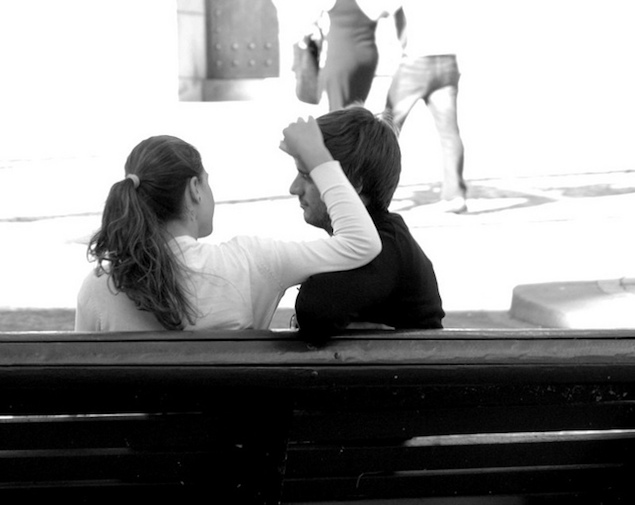 Phrase: ‘I need some time alone.’ ‘I don’t want to see you this weekend…’

Translation: Being able to complain about someone’s behaviour requires a lot of confidence, the confidence that we won’t be mocked, that we’ll be listened to, that our hurt will be rectified. But when we lack such a background faith in others, it may be a lot more comfortable – once our feelings are bruised – to pretend that we in fact don’t care very much at all, that we’re really quite indifferent, that we’re above bothering. And yet all along, what we really crave is someone sympathetic enough to look beneath our stony facade. We hunger for someone who will understand what is wrong with us – without us needing to spell it out. That will be a sign that we have alighted on a partner safe enough for us to love. 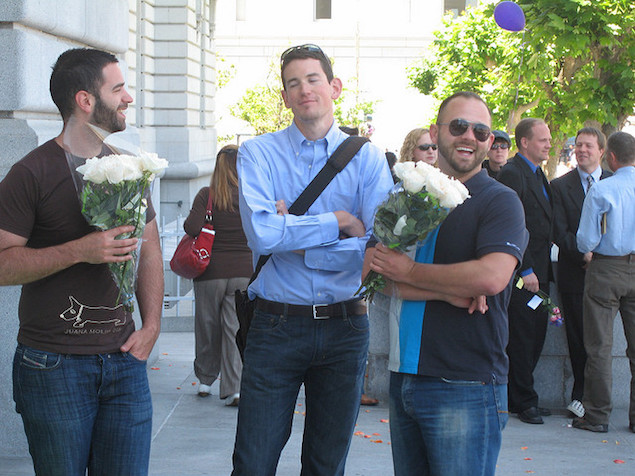 Phrase: ‘You fucking asshole, I fucking hate your fucking guts…’

Translation: It cannot – of course – be that simple or that stark. For a start, we almost never say such things to people we aren’t certain love us really quite a lot. We need to be very secure and comfortable around someone before we can dare to tell them that we want them dead. Secondly, this kind of rage is evidence not of simple contempt, but rather of immense hope. We don’t speak like this to our colleagues of our friends not just because we’re polite, but because we don’t care about them enough; we haven’t bothered to expect very much from them, and therefore cannot muster fury when they disappoint us. Only when the bar of expectation has been set dauntingly high do we allow ourselves to give way to boundless fury. This kind of incensed talk is one of the odder gifts of love.

Phrase: ‘I really don’t mind. You can do whatever you want. Just let me know what you decide…’

Translation: Our authority over our lovers is frequently rather tenuous. There are so many things we’d like them to do and want, but we cannot – sadly – direct them like marionettes. Often the only recourse is to demand without asking; to imply without saying. We aren’t just being coy; we’re up against the limits of what we’re able to control. Passive-aggression is what happens to dictatorial wishes when they are tempered by the egalitarian reality of relationships. For the person on the receiving end, it’s often hard to know what’s happened. They feel controlled, heavy, guilty, and perhaps a bit sad. The passive-aggressive partner has been clever enough to leave no traces of their manipulation. On the surface, it sounds like the partner has some options. But within the reality of the relationship, it is evident that they will simply have to do what they haven’t even directly been asked to do. 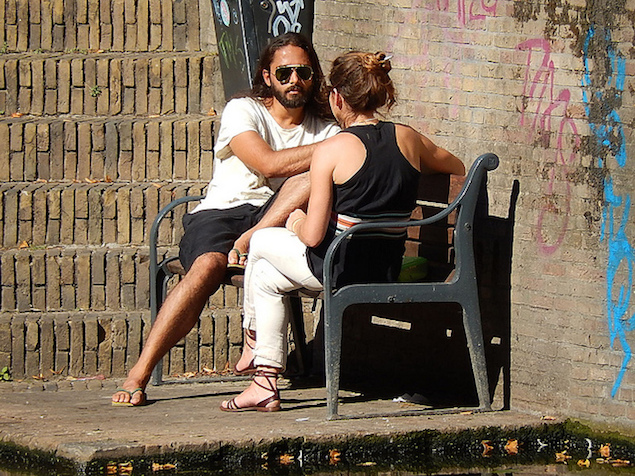 Phrase: ‘It’s YOUR fault. You’re to blame for EVERYTHING!’

Translation: When we’re happy in love, it can feel as if our lover is responsible for everything beautiful and good in our lives. They become the central figure around which our existence revolves. But this privilege brings with it one nasty side-effect, for once there are problems, a further associated inference is temptingly easy to draw: that everything bad is also the partner’s fault. It’s their fault that we’ve lost the keys, that we forgot a document, that we’re not doing well at work, that we have a headache… As we blame our partners for things they do not control, we are endowing them with a little of that beautiful, romantic, dangerous, unfair, trust that we as children once had in our parents: who did seem, at a certain age, as if they controlled the world. At one level, our lovers have learnt how to reassure the anxious child in us – that’s why we love them. But that source of strength means that the primitive part of us insists on trusting them a little too much and then blaming them when we have difficulties, believing that they actually control more of existence than they possibly could.

vi. The Cries of the Body

Phrase: ‘I want to throw in my job, move to another city and rethink everything. And we should break up…’

Translation: Sometimes, without anything disrespectful being meant by it, we have to ignore the utterances of the mind and think chiefly of the cries of the body. The partner has been awake since 4am. They only had a small chocolate bar for lunch. They have a cold coming on. Therefore, what they need above all is pasta, a hot bath and a very early bedtime. It isn’t an insult to distrust their analyses and sidestep any requests for further intellectual discussions about the meaninglessness of the world. Sometimes, intelligence means acknowledging the sheer limits of intelligence. 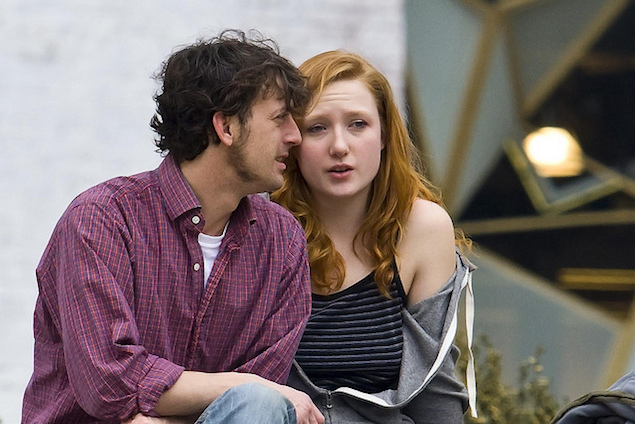 Phrase: ‘Have you laid the table yet…?‘

Translation: It sounds controlling and managerial. It might be a follow-on to a request to take out the bins, to count how many bottles of milk are left and to remember to show up no later than seven o’clock. This kind of bossiness sounds as if there is no love left – but the desire to control procedurally is often a symptom of a fear of losing one’s partner emotionally. One has to feel quite out of control to become controlling. The sternness is really a misguided plea for closeness. The real message has nothing to do with the table. What it means in truth is that one senses the partner’s lack of trust and devotion and is resorting to exercising practical control over their life in order to achieve some kind of control over what one really wants: a handle on their emotions. One would stop if one felt more reassured of their love. Controlling behaviour is a bid for affection delivered as a barking order.

Phrase: ‘I wouldn’t want to change a thing about you…’ ‘I’m so happy with everything just as it is…’

Translation: Most of the time, what people really mean in love is kinder, more tender and more poignant than what they manage to say. But there are also times when the surface is sweet and the reality far darker. As Marcel Proust knew: ‘In love, it is the one who loves less who makes the tender speeches.’ The partner may be fooling us and themselves in a sentimental direction, exaggerating all that is pure, good and simple. When we translate their words, we should get fruitfully suspicious. Perhaps we have set the bar of being honest too high; we have created a situation where we are refusing to accept difficult news and their ambivalent, complex emotions. Quite possibly, with a little more open-mindedness and sangfroid, we could come to deal well enough with the darker parts of our partners. But for now we are engaged in a dangerous collusion to keep our fears at bay – thereby allowing them a higher chance of becoming realities. 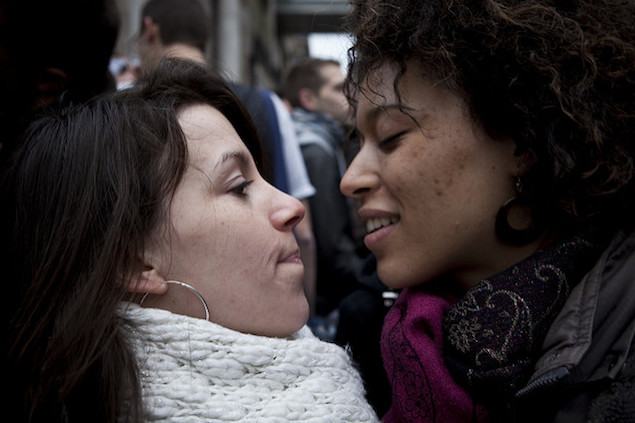 We need to learn to take our problems around emotional translation as seriously – and as calmly – as we currently do those around foreign languages. We should assume that getting together with another person will in some ways be akin to moving to another country where we will need to acquire an entirely new vocabulary.

In the ideal future, we will have in our ears little devices that will translate people’s words into what they mean. We will hear (via our discreet, brushed steel appliances) not what they overtly say, but what they are attempting to communicate. And ideally they’d be wearing one too, for the challenge of translation is of course always a mutual one. 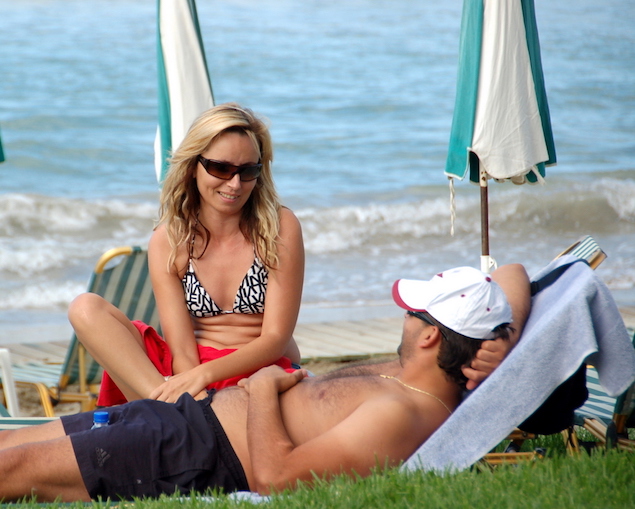 Until that time though, we’ll have to rely on a native vigilance. When we catch ourselves wanting to make an ambiguous statement, we’ll have to bear in mind that our intention is liable to get lost. We’ll remember the need to translate our own concerns, thoughts and feelings into a language that’s more comprehensible to our lovers. And at the same time, we’ll make the effort to decode the messages that we receive, accepting that it is a legitimate part of the effort of love to interpret rather than just to listen to another’s words.