Free Trade - or Protectionism? - The School Of Life

One of the most pressing choices facing modern economies is whether to adopt a policy of free trade or of protectionism, that is, whether to encourage foreign goods into the country with minimum tariffs and allow industries to relocate abroad; or whether to make it hard for foreign firms to sell their goods internally and discourage domestic producers tempted by cheaper wages in other lands. 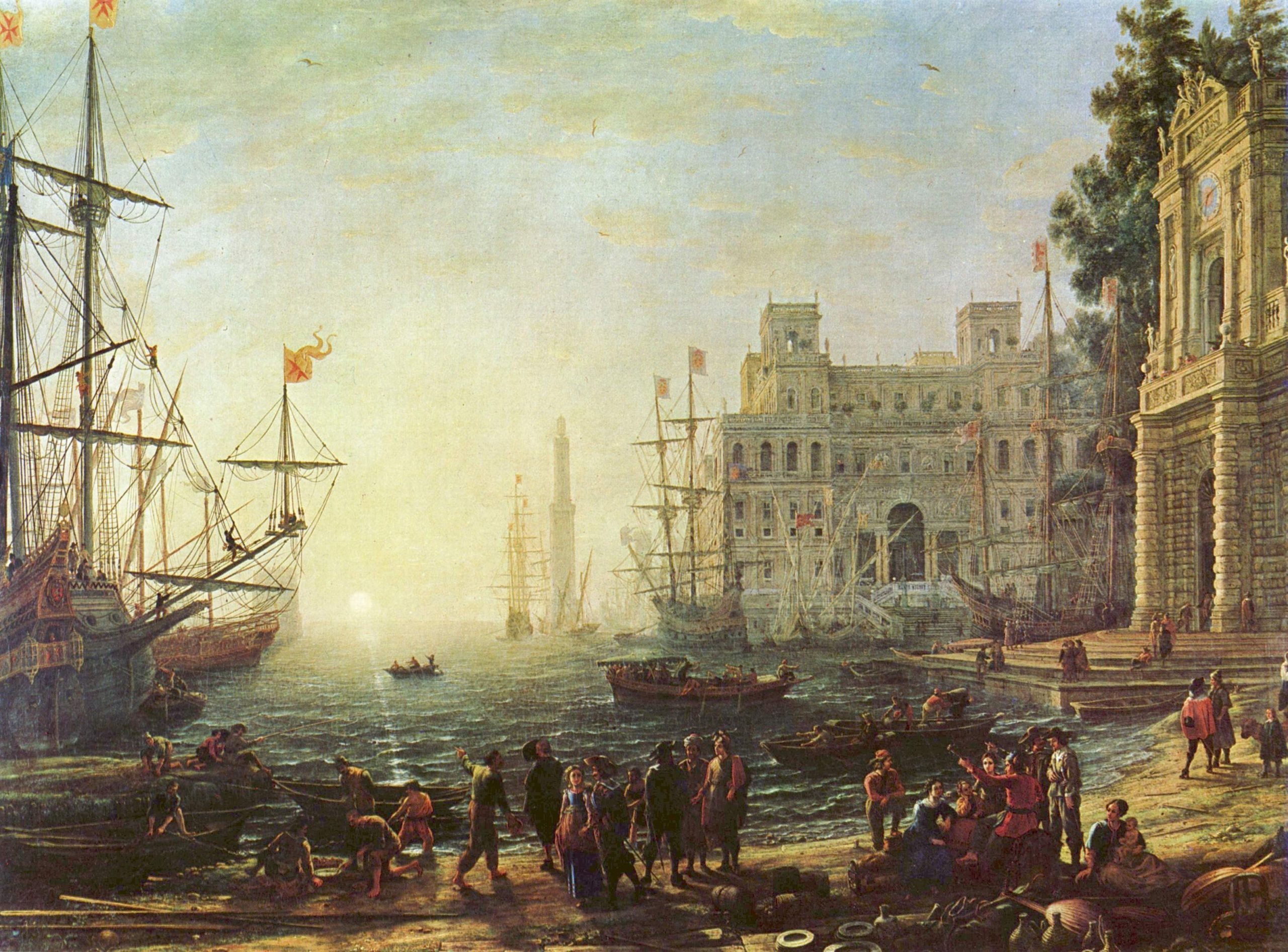 It feels like a very modern dilemma, but the debates between proponents of free trade and protectionism go back a very long way. The argument began in earnest in Europe in the 15th century with the formulation of a theory known to historians as mercantilism, the forerunner of what we today more colloquially refer to as protectionism.

Mercantilism was, like more or less every economic theory before and since, interested in increasing a nation’s wealth. But it had very particular views about how this should be done. Mercantilists argued that in order to grow richer, a country had to try to make as many things as possible within its own borders – and reduce to an absolute minimum its reliance on foreign imports. The role of government was to help local industries in every sector, from food to textiles, machinery to agriculture, by applying huge tariffs on imported goods and discouraging foreign manufacturers from entering national borders and competing with local players. A strong country was one that knew how to provide for itself and could achieve more or less total independence in trade, a goal known as economic autarky. 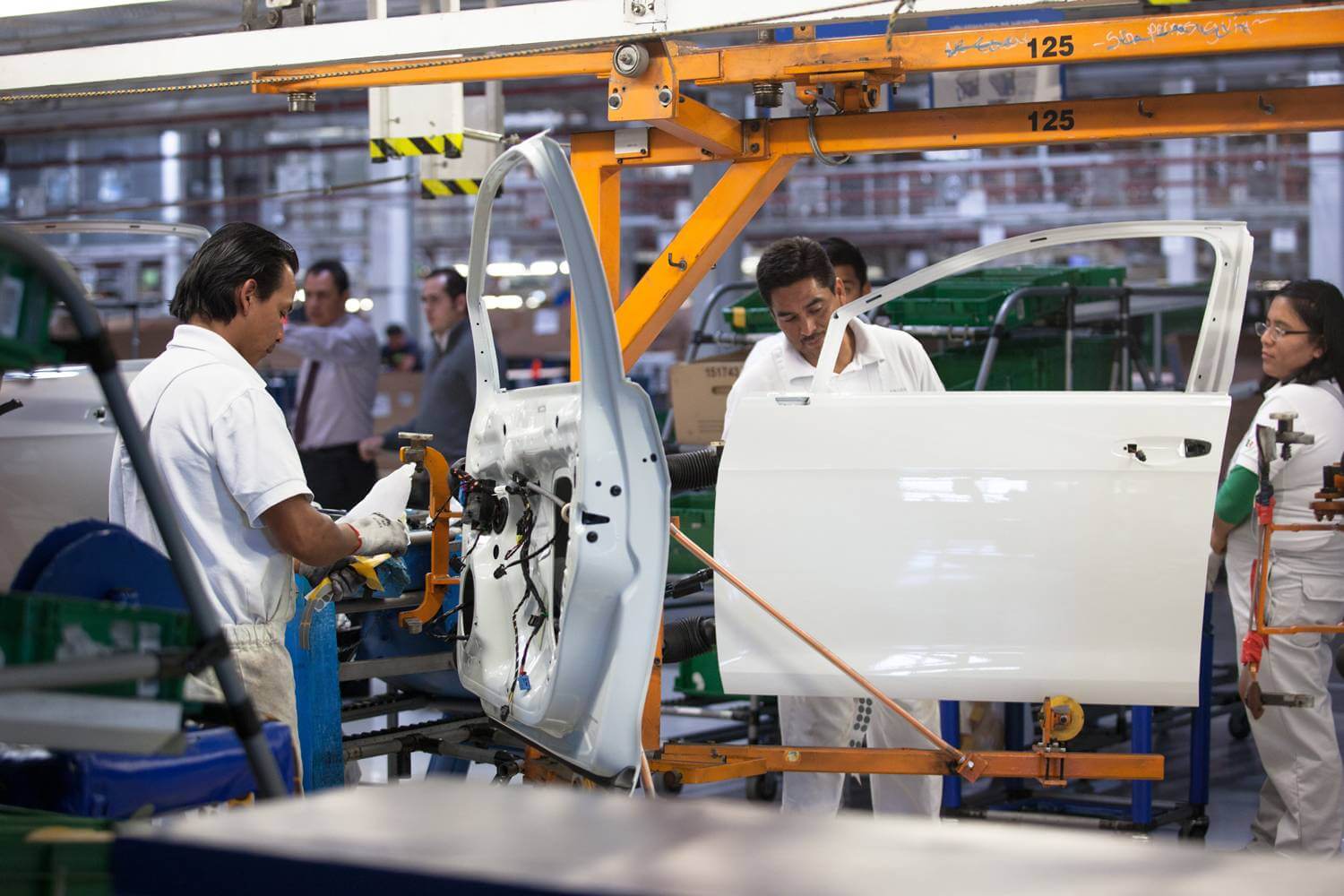 The philosophy of mercantilism reigned supreme as the most prestigious and persuasive theory of economics until the 9th of March 1776, the publication date of possibly the most important book in the history of the modern world. In An Inquiry into the Nature and Causes of the Wealth of Nations, the Scottish philosopher and economist Adam Smith attempted to dynamite the intellectual underpinnings of mercantilism.

Smith argued that the best way for any country to grow wealthy was not to try to make everything by itself, for no country could ever hope to do well in every sector of an economy. By nature, Smith observed, countries had strengths in particular areas – some were great at making wine, others had talent in pottery, others still might be experts at making lace – and it was on such strengths that every country should focus. It would be grossly inefficient, observed Smith, for any country to attempt to be good at everything; far better to zero in on areas of expertise – sectors in which the country enjoyed what Smith called an ‘absolute advantage’ – and then exchange those goods and services with those of other countries. As Smith put it: “If a foreign country can supply us with a commodity cheaper than we ourselves can make it, better buy it off them with some part of the produce of our own industry employed in a way in which we have some advantage. The general industry of the country… will not thereby be diminished … but only left to find out the way in which it can be employed with the greatest advantage.”

This was an application at the level of nations of a theory we can understand well enough at the level of individual life. If someone has a natural aptitude for accountancy, it makes no sense for them to spend a considerable part of each day trying also to make cheese, to sew their own trousers or to learn to play violin sonatas. Far better for the accountant, cheesemaker, tailor and violinist to specialise in the areas in which they each have the greatest advantage and then trade with others to satisfy their remaining needs. As Smith noted: “It is the maxim of every prudent master of a family, never to attempt to make at home what it will cost him more to make than to buy.”

Smith emphasised that if Britain could produce woollen goods more cheaply than Portugal and if Portugal could produce wine more cheaply than Britain, then it would be beneficial to both parties to exchange the product they could make at a lower cost for the one they could only make at a higher cost. Slightly counter-intuitively, both countries would get richer, for – as Smith insisted – trade was not a zero sum game: the overall wealth of both countries would rise as both exchanged goods in the area of their greatest advantage. In such a system, labour and capital would always be optimally employed, directed to those sectors where native skill and opportunity was at its greatest.

Smith understood the tendency of politicians and the public to resist such competition – especially when it came from abroad – and to fall prey to interpreting its effects as a form of robbery or job destruction. But he insisted that the well-meaning attempt to shelter inefficient local producers would always end up impoverishing a country, and hurting its most vulnerable members, because it would prevent labour and capital from playing to their strengths, would make goods far more expensive than they needed to be and would discourage leading companies from a necessary intensity of innovation. The job of the government was to recognise sectors where there was a national advantage, assist in the education of the workforce, but otherwise, reduce tariffs as much as possible, and step out of the way.

With astonishing speed, Smith’s theory convinced most of the economic and political classes of north Western Europe. In Britain, his ideas were first put to a practical test in relation to the primary foodstuff of the nation: corn. Grain prices had, for many years, been protected by government decrees. Cheaper foreign grain had been kept out, apparently in order to protect jobs and national wealth. But Smith’s ideas, now driven forward by his foremost discipline David Ricardo, proposed that all tariffs on imported grain – protectionist measures known as the Corn Laws – were in fact obstacles to economic growth. After bitter debates in Parliament, the laws were repealed in 1846. The result demonstrated to perfection both the advantages and incidental costs of Smith’s ideas: the price of corn dropped sharply, the shopping basket of British consumers tumbled in price and everyone, especially the working classes, had a lot more spare money to spend on other goods, which grew the overall size of the British economy, so that it significantly outperformed all of its European counterparts. But – and it was a very big but – large swathes of British agriculture also went to the wall. Cheap imported corn, largely from Canada and the mid-western United States, destroyed farms and ways of life that had persisted for centuries. The agricultural class, which had been enormously important to the economy, became negligible, both in terms of how many people it employed and how much wealth it created. There were for a time pockets of deep unemployment in the rural sector. Smith’s theories were both correct and, depending on where one was standing, plainly agonising.

An enduring problem for the undoubtedly very sound arguments in favour of free trade is that its costs have seldom been addressed with sufficient passion and ingenuity. The cries of the dispossessed have not been recognised for what they are: threats to the entire stability and moral dignity of a nation. As has only gradually and fitfully been realised, the benefits of an open economy can only properly bear fruit if a series of steps are taken to mitigate the attendant downsides. Any nation committed to free trade must tax the sectors of the economy which have an advantage right up to – though never beyond – the point where this advantage would otherwise be eroded and then use the money to retrain those suffering in the sectors of the economy with the gravest disadvantages in relation to foreign competition. Without such redirection, a nation will become highly unstable politically – thereby endangering any progress that free trade has made. Secondly, governments must enable everyone in the economy to find their own natural areas of strength; which means – in plainer language – high levels of investment in education and a raft of measures to maximise social mobility. Monopolistic behaviour by the rich can endanger the integrity of the free trade system no less than can punitive tariffs or import duties.

Intellectually, free trade has undoubtedly won the argument. It is plainly evident that countries should not put up tariffs, that each country should trade goods and services where it has its advantages, and then allow imports to come in and if necessary decimate local industries where it doesn’t. When a Mexican worker can make a car for eight dollars an hour, whereas an American one costs 58 dollars an hour, it is clearly wise to allow Mexico to do what it can do best, whatever the effect on American car workers. However, defenders of free trade have been grossly negligent when it comes to arguing for, and instituting the political programme necessary to support the efficient operations of the system. It has forgotten the pain of the car workers, the coal miners and the steel makers. And, in democracies, there has been a heavy price to pay for this neglect, in the form of the rise of a new class of mercantilists, who have successfully argued that barriers must again increase, that a country should make everything within its own borders to regain its greatness and that cheap importers are invariably the destroyers of domestic jobs.

These arguments make no sense, but so long as the proponents of free trade fail properly to articulate a programme to remedy free trade’s operations, whole nations will be seduced by the bromides of the mercantilists and will suffer accordingly – until the distinctive wisdom of Adam Smith can once more reassert itself.