Six Ideas from Western Philosophy - The School Of Life

Philosophy is a discipline committed to helping us to live wiser and less sorrowful lives. Here are six ideas from its Western branch that can inspire and console: 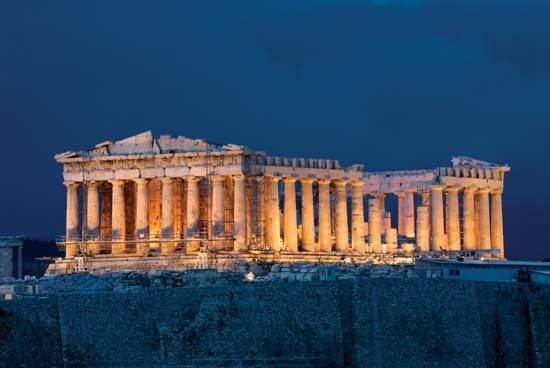 ONE: ‘What need is there to weep over parts of life? The whole of it calls for tears.’

The Roman philosopher Seneca used to comfort his friends – and himself – with this darkly humourous remark which gets to the heart of Stoicism, the school of philosophy which Seneca helped to found and which dominated the West for two hundred years. We get weepy and furious, says Stoicism, not simply because our plans have failed, but because they have failed and we strongly expected them not to. Therefore, thought Seneca, the task of philosophy is to disappoint us gently before life has a chance to do so violently. The less we expect, the less we will suffer. Through the help of a consoling pessimism, we should strive to turn our rage and our tears into that far less volatile compound: sadness. Seneca was not trying to depress us, just to spare us the kind of hope that, when it fails, inspires bitterness and intemperate shouting.

In the late 4th century, as the immense Roman Empire was collapsing, the leading philosopher of the age, St Augustine, became deeply interested in possible explanations for the evident tragic disorder of the human world. One central idea he developed was what he legendarily termed Peccatum Originale: original sin. Augustine proposed that human nature is inherently damaged and tainted because – in the Garden of Eden – the mother of all people, Eve, sinned against God by eating an apple from the Tree of Knowledge. Her guilt was then passed down to her descendants and now all earthly human endeavours are bound to fail because they are the work of a corrupt and faulty human spirit. This odd idea might not be literally true, of course. However, as a metaphor for why the world is in a mess, it has a beguiling poetic truth, as relevant to atheists as believers. We should not – perhaps – expect too much from the human race, Augustine implies. We’ve been somewhat doomed from the outset. And that can, in certain moods, be a highly redemptive thought to keep in mind.

THREE: ‘Kings and Philosophers shit, and so do ladies’

The blunt phrase appears in an essay by the 16th century French philosopher, Michel de Montaigne. Montaigne wasn’t being mean. His point was kindly: he wanted us to feel closer to (and less intimidated) by people whose overt mode of life might seem painfully impressive and very far from our own. And he could have added: in secret these people also feel inadequate, fear rejection and mess up their sex-lives. We could also update his examples to speak of CEOs, entrepreneurs, and the over-achieving person we went to college with. Montaigne was attempting to free us from underconfidence and shyness, born out of an exaggerated sense of the differences between ourselves and mighty others. At moments of panic, before an important speech or a much-anticipated date, we should run Montaigne’s phrase through our febrile, underconfident minds and remind ourselves that no one, however outwardly poised, is more than a few hours away from a poignantly modest and vulnerable moment.

FOUR: ‘All our unhappiness comes from our inability to sit alone in our room’

This assertion, by the 17th century French philosopher Pascal, is obviously not literally true. But like all good philosophical aphorisms, it pointedly exaggerates an important idea in order to bring home a general insight. We are tempted to leave ‘our room’ and crave excitements that too often turn out badly; we meddle in the lives of others but fail to help them; we seek fame and end up being misunderstood by large numbers of people we don’t know. ‘Sitting alone’ doesn’t mean literally being on the bed but rather, staying undistracted with ourselves: appreciating small pleasures; examining the contents of our own minds, allowing the quieter (but important) parts of our psyche to emerge; thinking before we act. It’s a poignant phrase because the louder voices in our culture are constantly speaking in the opposite direction; are always goading us to get out more, to grow  more agitated, to seek more drama and to spend less time in thoughtful reveries, gazing out of the window at the clouds passing high above. We should, with Pascal’s encouragement, learn to become better friends to ourselves.

It means, translated from the Latin, ‘under the aspect of eternity’ – a memorable phrase from the Ethics, published in 1677 by the Dutch philosopher Baruch Spinoza. For Spinoza, the task of philosophy is to teach us to look at things, especially our own suffering and disappointment, ‘under the aspect of eternity,’ that is, as though we were gazing down at the earth from very far away or from a different star (Spinoza’s outlook was much indebted to Galileo). From this lofty perspective, the incidents that trouble us no longer have to seem so shocking or so large. What is a divorce or a sacking when contemplated from the lunar surface? What is a rejection in love judged against the earth’s 4.5 billion year history? Our nature means that we’ll always be pulled to exaggerate the here and now, but our reasoned intelligence gives us access to a unique alternative perspective, in which we participate in what Spinoza called ‘eternal totality’, and can cease railing against the status quo, submitting to the flow of events with clear-eyed serenity instead.

It’s a slightly daunting and long German phrase but a hugely arresting and redemptive one, central to the spirit of Western philosophy: ‘Out of the crooked timber of humanity, no straight thing was ever made.’ So wrote the German eighteenth century philosopher Immanuel Kant, who urged us to recognise that nothing that human beings do can ever be less than slightly wonky, because we are creatures as much of passion and erroneous instinct as of reason and noble intelligence. The wise accept this dark reality head on and so do not expect perfection. When designing governments, they do not presume that rationality will triumph; they do everything to assume that error and folly will try to have their way – and create structures to contain them. When they marry, with comparable realism, they never expect that one person can be everything to them and then harangue a partner when they turn out not to be. An acceptance of our crooked nature isn’t dispiriting, it’s the birth of generosity and dark good humour. Not least, added Kant, crooked beams can make for beautiful floors, in the hands of a talented carpenter.