The Museum Gift Shop - The School Of Life

You’ve been around an art exhibition of a favourite artist. Perhaps it was Barbara Hepworth, the mid-20th-century British sculptor, recently accorded a show by the Tate Gallery in London. On display were some of her greatest works, including ‘Two Figures’ and ‘Pelagos.’ 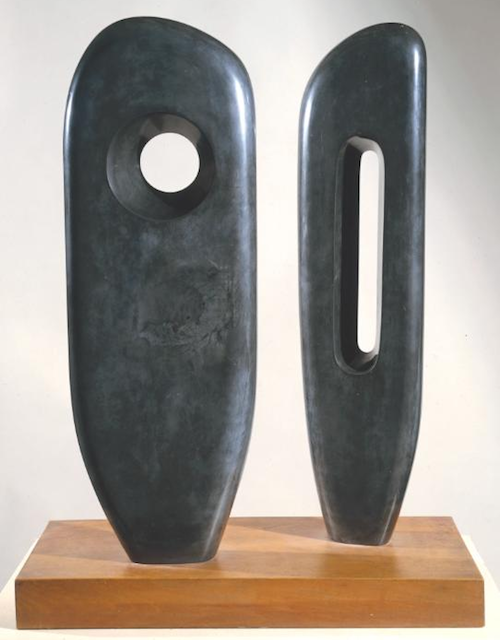 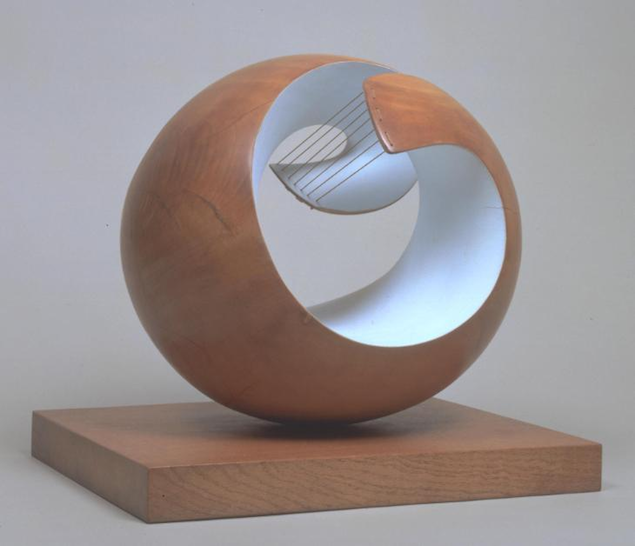 The show has made you intensely receptive to what one might call the vision of life promoted by Hepworth. It’s a confused feeling, but now that the show is over (you were there for forty minutes) you’d like to take that spirit back out into the world, you’d like to Hepworth-ify important parts of your daily existence. Hepworth seems to you an exemplar of a dignified British modernism that celebrates intellectual rigour, restrained sensuality, elegance, simplicity and harnessed emotional intensity. You want your surroundings and the tenor of your days to take on some of Hepworth’s ideology: you would love your workplace, your railway station, your TV programmes and your relationships to be influenced by her atmosphere (and strangely, it feels normal that the spirit of an artist might spread way beyond particular artworks and be applicable to fields as diverse as architecture and relationships).

It’s in this mood and with these covert aspirations that you find your way to the gift shop. It’s an extremely busy place. Almost everyone who goes to the show spends a few minutes looking around and the line at the till snakes out to the door. You’re excited and ready to spend. This – surely – is the opportunity to Hepworthify your life. So you look around the aisles: there are scholarly monographs (tracing Hepworth’s relationship with the St Ives School and with Henry Moore’s early etchings), there is a large catalogue, there are some postcards, there is a tea towel and there are pencils and mugs with Hepworth’s name on it. The latter seem the most popular items of all. 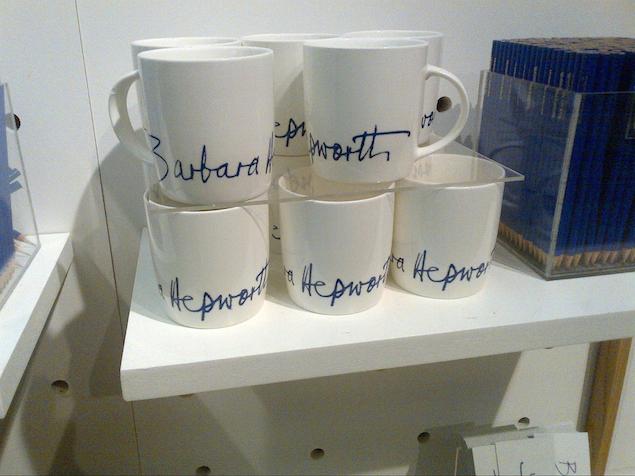 You want to be receptive to what is on offer but the gift shop seems not to welcome your aspirations. If only there had been other things for sale… Perhaps reproductions of the actual works or guides on how to Hepworth-ify your life… Your desires are rather unclear. All you know is that the gift shop has not lived up to expectations.

This is an important and no way isolated dilemma. The gift shop is quite simply the most important tool for the diffusion and understanding of art in the modern world. Though it appears to be a mere appendage to most museums, the gift shop is central to the project of art institutions. Its job is to ensure that the lessons of the museum – which concern beauty, meaning and the enlargement of the spirit – can endure in the visitor far beyond the actual tour of the premises and be put into use in daily life.

The means deployed, however, are rarely on target. Aside from books, gallery gift shops usually sell postcards and household items with the names of artists on them. Postcards are such important mechanisms because they improve our engagement with art. Officially, our culture sees them as tiny, pale shadows of the far superior originals in the galleries a few metres away. But the encounter we have with the postcard may well be deeper, more perceptive and more valuable to us, because the card allows us to bring our own reactions to it. It feels safe and acceptable to pin it on a wall, throw it away or scribble on the front of it and by being able to behave so casually around it, our responses come alive. We consult our own needs and interests; we take real ownership of the object and because it is permanently available, we keep looking at it at various times. We feel free to be ourselves around it – as so often, and sadly, we do not in the presence of the masterpiece itself. 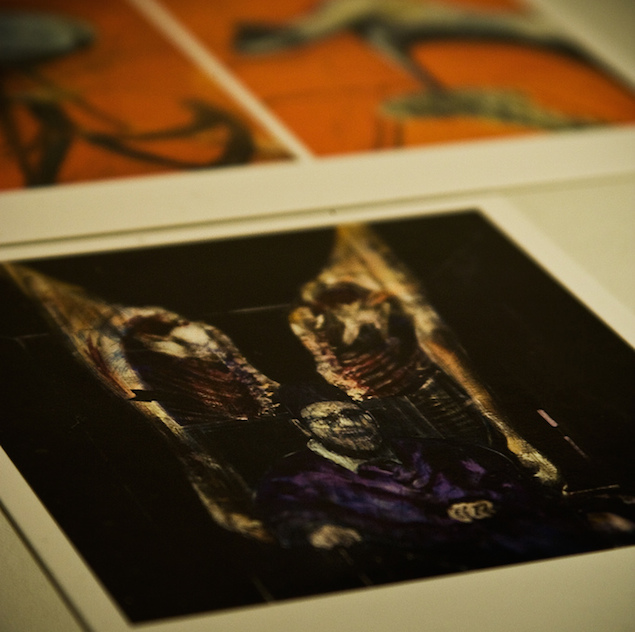 That said, gift shops will rarely sell us actual reproductions of works; fake, copy, pastiche, forgery. Many of the most bitter insults of the art world are designed to denigrate anything which is not the actual product of the master’s hand. We’ve uncritically absorbed the idea that copies are worthless, deeply embarrassing kitsch. The nightmares of curators and gallery directors are haunted by copies. Hang a reproduction by mistake and your career is over. But why? Why are copies always supposed to be terrible? Even asking this straightforward question is suspect. Sometimes, of course, a copy truly violates the original. It mucks up all the details, it gets proportions weirdly wrong, the colours become garish. But not always. What if it’s a really good copy? What if the details are faithful? What if the shapes are harmonious and the colours lovely? A well-made reproduction can carry 99% of the meaning of the original. And maybe that’s all that really matters to us.

We’ve come to think that art belongs in art galleries and thereby condemned ourselves to encountering works at times dictated by museum opening hours and holiday schedules. We hardly ever get enraged in Tate Britain. So we’re unlikely ever to have direct need of Whistler’s immensely calming vista of fog, water and evening lights when we actually see it in the gallery. So it would be very much better if we could hang a copy of this work in the kitchen or by the bathroom door – places where angst has a tendency to congeal. 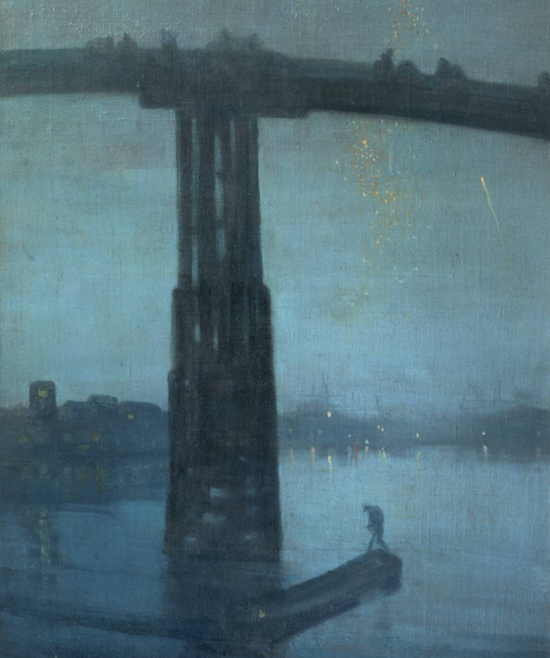 Art works have therapeutic power. But usually this passes us by. Not because we are insensitive or unworthy. But for a more basic reason. Their messages are hitting us at the wrong time – at moments when we’ve no need of them – like adverts for winter coats on the first day of spring. Copying is one much-needed solution to this problem, because copies allow us to locate these important, beneficial images in the places where we can encounter them in our times of need.

In the absence of copies, gift shops will sell us a lot of signed tea towels. They have discovered that people will buy objects heavily decorated with names of artists and their works: so we have Picasso table mats and Hepworth pencils.

Such objects try hard to pay homage to artists. They would like to beautify the world and carry the message of artists deep into our homes, so that the spirit of Hepworth would be alive when we prepared the morning tea and Picasso would be with us as we mopped away the orange juice from the kitchen counter. The ambition is noble, but its method of execution perhaps less so. The gift shop objects do have a faint link to the names they honour. Monet probably liked tea-towels; but it is unlikely that he would have wanted one with his own painting printed on it. The spirit of his best works of art, the things we love in them, may be much more consistent with (for instance) a completely plain and beautifully textured towel. This is more truly a Monet towel than one with his name on it.

The point isn’t to surround ourselves with objects which carry the actual identity of the artist and his or her work. It should be to get hold of objects which the artists would have liked, which are in keeping with the spirit of their works – and more broadly to look at the world through their eyes, and therefore to stay sensitive to what they saw in it. 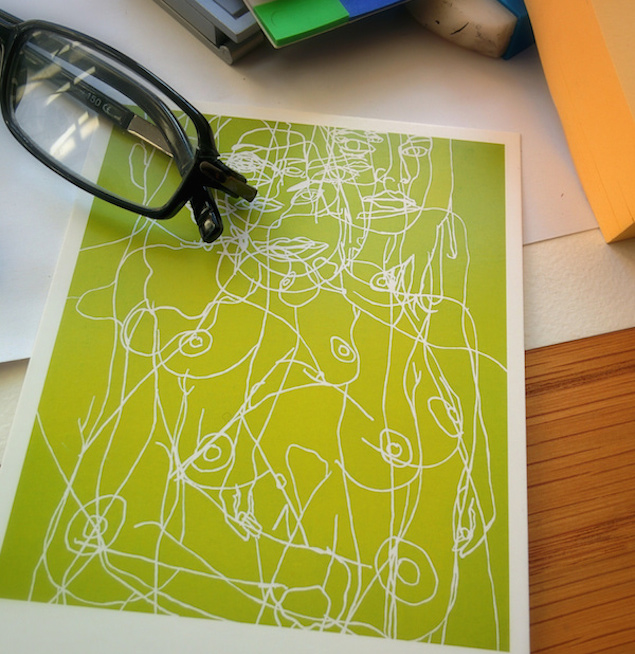 One can imagine a different range of products to sell in the world’s gallery gift shops: objects which would be aligned with the values and ideals of artists rather than with their mere identities. The urge to buy something at the end of a museum visit is a serious one, because it involves an attempt to translate a sensibility we’ve come to know in one area (in carved wood or on canvases showing landscapes) and carry it over into another part of life (keeping the kitchen clean).

This points to the heart of what museums should really be about: giving us tools to extend the range and impact of what we admire in works of art across our whole lives. This is why the gift shop is, in fact, the most important place in the museum – if only its true potential could be grasped and made real.