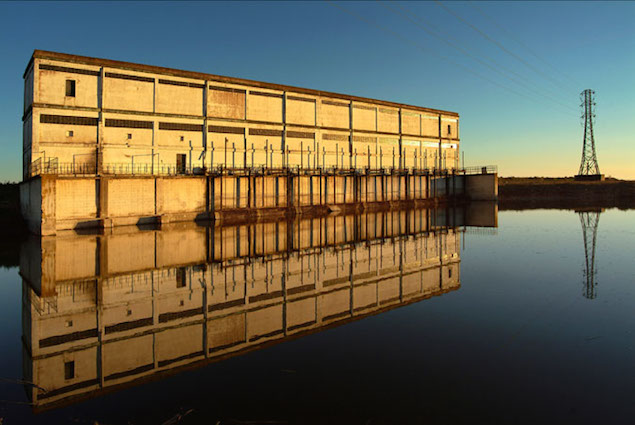 There are many guide books suggesting what you might do when you get to Seville. But they all pretty much agree that you must go both to the Plaza de España, built for the Ibero-American Exposition of 1929, and then to the Alcázar – a beautiful Moorish fort which subsequently became a royal palace. There’s also the cathedral and the art museum. If you have extra time, you should go to the flamenco dance museum, visit the Torre del Oro by the river and stroll through the old streets of the Santa Cruz neighbourhood.

Such lists are inadvertent but powerful agents of snobbery. The guide book is today’s equivalent of Debrett’s Peerage and Baronetage, which a smart person might have consulted in 1805 to identify who was worth visiting in Hampshire.

The list of locations to view carries within it a variety of assumptions about what makes something worthwhile: it should ideally be long-standing; it should have prestigious links to art, religion and royalty; and literary associations are always a plus (all visitors to Seville are strongly advised to see the monument to Cervantes, author of Don Quixote, located on the Plaza de América).

Snobbery exploits a natural frailty of our nature: an insecurity about deciding what matters to us, and an accompanying meek assumption that whatever is important or valuable must already have been discovered by others and have achieved widespread prestige. Snobbery emerges out of excessive loyalty to established status, whether laid down by Debrett’s or the apparently (but only apparently) more independent-minded TripAdvisor. Travel snobbery slyly assumes that only people or things which come with a particular kind of endorsement could have any importance for us.

We shouldn’t feel unusually stupid about this. It’s not an exceptional curse. We are all prone to snobbery, not in terms of seeking invitations to A-list parties, but in the wider and more important sense that we develop prejudices about where beauty, interest, intelligence and sensitivity are likely to turn up – based on the verdicts of certain established voices of authority.

But as we travel, inside of us, we may register a lot of latent interests that aren’t mentioned in any tourist offices, yet that we might profitably take time to explore, if only we could overcome ‘guidebook guilt’. We might, for example, deep inside be far more curious about how local supermarkets operate than in the legacy of Cervantes. Or we might find ourselves thinking a lot more about local attitudes to cars than about Velázquez.

Or imagine if in our hearts what we’re really struck by in Seville is the sheer dryness of the landscape and the challenges of pumping water into the city and its surrounding villages. What a feat of engineering must be going on in the background, just to ensure that our shower at the Hotel Don Paco sends out its comforting, powerful spray with such reliability twice a day.

Hydro engineering never appears in any guidebook, it just doesn’t fit assumptions about what deserves prestige (though in the 18th century, no visit to a city was complete without a tour of the waterworks). However, what pleasure we might experience if we courageously took a day off from the tyranny of museums and monuments and headed south, on the A8053, to the village of Isla Mayor – in order to visit the stunning nearby Salina Grande pumping station.

The pumping station is on no must-see list. It has never been invited to a smart party.  But the gargantuan stark structure is a key part of a major irrigation system which has turned former marshland into rice fields. It hums modestly yet powerfully. There are 25 separate turbines inside, each made by the German engineering company Siemens, masterpieces of rational thought and discipline. If you get there early, you might see a Griffon vulture warming its wings on the parapet in the morning sun. There are a few large, isolated cork oak trees nearby. It’s a beautifully desolate place. It’s also, as much as a cathedral, an emblem of civilisation: a location where an intense, strategic intelligence has overcome the limitations of nature, harnessed the earth and brought fertility and sweetness to millions (it is because of the station that the famous Seville oranges can flourish). The station is moving in its lack of pride: it works mutely, unknown, through the night, across the parched summer days, making sure the groves will survive the arid months, guaranteeing that those tourists will have enough water for their showers when they return from the dusty Plaza de España.

It might not be a pumping station that, in the end, does it for you. But all of us have equivalents. Things we care about that aren’t mentioned anywhere. Private interests that we don’t explore, simply because they aren’t generally spoken about, they don’t feel normal enough.

Originality only begins when we dare to be thought a little mad, when we allow our curiosity to be spontaneous, when we undertake the heroic effort of worrying a little less what the crowd and the guidebooks will think. Part of growing up, and learning to travel well, means daring to take our own interests a bit more seriously.