How to Talk About Your Sexual Fantasy - The School Of Life

How to Talk About Your Sexual Fantasy

There’s something you are longing to try or a fantasy that grips your imagination – rough sex, a special garment you’d like to them to wear or perhaps a scenario involving another person – but you are worried your partner will find the contents of your mind outlandish or strange. And yet for the relationship properly to flourish, you crave for them to understand a bit more about your thought processes. You face (yet again) a conflict between honesty and kindness.

The immediate tendency is either to remain silent or else (possibly late at night, in some agitation) to stress how much you want something different, which may cast your partner as the unadventurous, frightened or disappointing one.

A better strategy is to shift matters from a demand to a pressure-free, playful intellectual exploration. 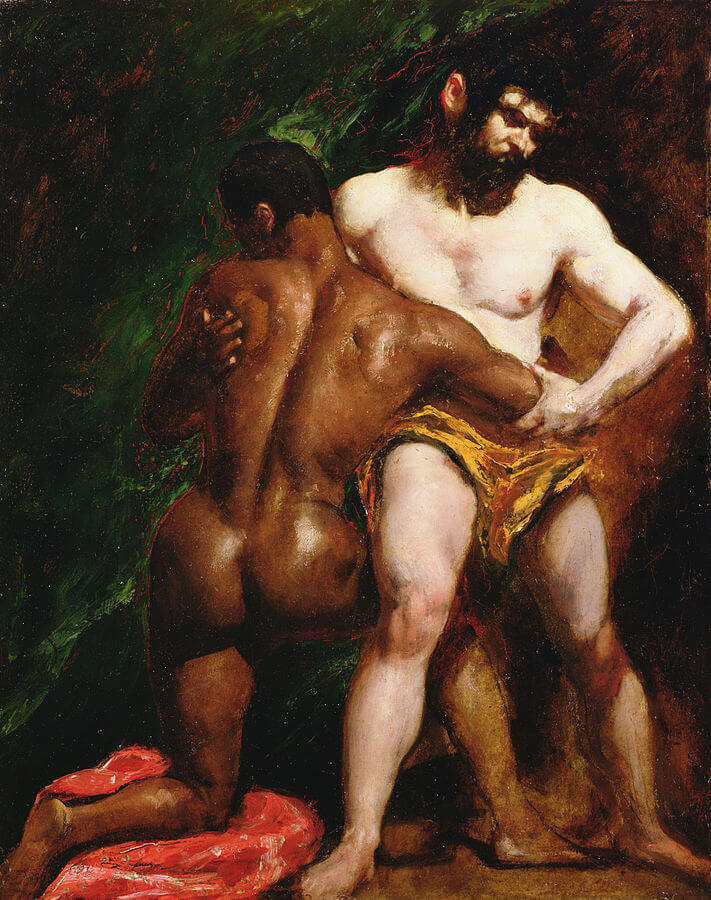 I thought it might be an idea for both of us to think more about our fantasies – as a way of getting to know each other properly. I’d love to understand more about you – and you about me.

However liberated our societies tell us we are and should be, most of us maintain a deep sense of privacy, powered by shame, around aspects of our sexuality. It’s very hard to imagine that someone could both know us candidly – and still respect and like us. But rather than viewing this as a tragedy, we can turn our customary loneliness into an opportunity to create a unique bond with someone we deeply care for. They’ll be as unlikely as we ever to have shared much of who they are sexually.

I know this could sound weird, but…

It’s always useful to signal an awareness that one may frighten someone, given that truly weird people never give this a thought.

I want to play at being aggressive while obviously loving and caring for you. I want to call you quite rude and disrespectful things – even while I profoundly respect you.

Part of the reason we feel so ashamed of our odder-sounding desires is that we’re never encouraged to conceive of them as at some level rather logical. The key move is to start to think of every sexual fantasy as having lodged itself in our minds to counteract a particular fear or difficulty in our lives as a whole. Every fantasy tells you fascinating things about what’s been awkward in someone’s background.

For a long time, I was puzzled why I wanted this. But then I asked myself questions: What is this fantasy doing for me? What bits of my psychology does it appeal to? Given my past, what fears is it working to alleviate?

Sexual fantasy isn’t in the end either mysterious or peculiar. It’s a response to a tension in our lives – which it promises to solve for a while. For example, someone with a bad experience around their father might want their partner to wear a uniform because they are in some way frightened of power and want to tame it erotically: they want to imagine authority not as oppressive but as a source of pleasure and reassurance. Someone might want to play at being utterly submissive, because their day to day life places them under almost unbearable pressure to be responsible.

When I think about why I might want rough sex, it’s perhaps because the idea counteracts my real experiences; in which I feared that I might hurt those I love by showing them my more uninhibited sides. It springs from a longing to be fully myself – and yet acceptable.

A specific desire has emerged for you because of a whole lot of precise and rather touching things about your personal history. What is vital is to stress that a fantasy is not a plan for real-world action, it’s an alternative to it.

I am profoundly uninterested in force in real life. The very idea is shocking. It’s just that I love the idea of playing this as a game.

We adults get very confused about games; we often think of them as anticipations of reality. But that is to miss the pleasure and importance of being able to pretend. Children know that you can play at being a wolf or a pirate without in any way wanting to be one in life as a whole; we should be as wise and imaginative.

Maybe a lot of us are odder sexually than we suppose; perhaps lots of things are pretty normal that don’t sound normal.

For thousands of generations being aligned with the standard behaviour of your tribe was an important factor in survival. Being normal mattered. But our picture of what other people are actually like around sex is liable to be hugely sketchy and distorted. We’re all a lot weirder than we let on – thankfully.

I’d so love to hear more about the strange-but-actually-not-so-strange things that turn you on.

Intimacy is built on a longing to reveal our ‘weirder’ sides – and on the joyful discovery that that might be OK with one very special person.