The Art of Complaining - The School Of Life

The Art of Complaining

Complaining carries such negative connotations, it can be hard to remember that there are better and worse ways of doing it – and indeed, hard to realise that an essential ingredient of love is to know how to level complaints kindly.

So many of our critical thoughts are legitimate, yet they are let down by their method of delivery: we nag, we harangue, we attack, we rant, we make cutting, sarcastic remarks, all of which make our partner deny and escape rather than investigate how they might learn. 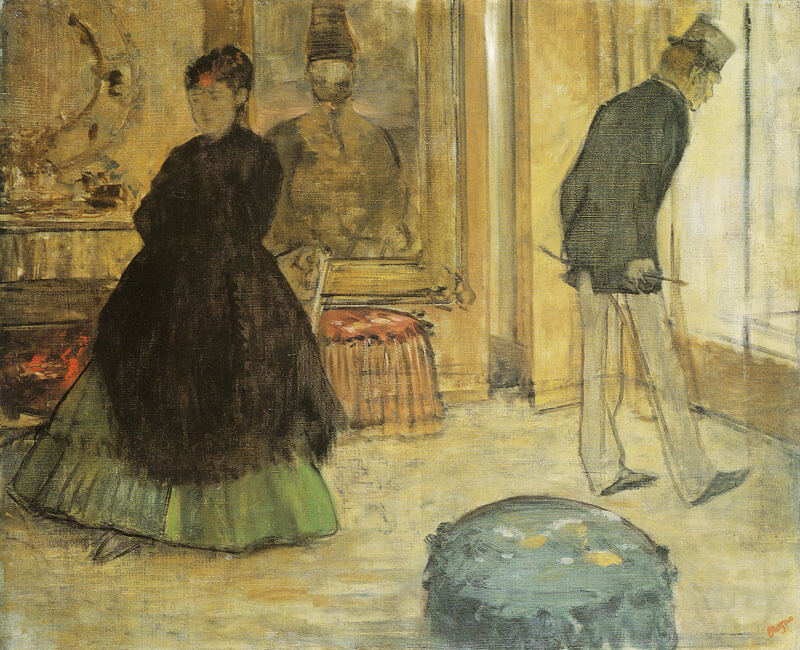 Complaining is a skill. Typically if we haven’t carefully practiced a complicated task (like playing the violin or reversing an articulated lorry), we’ll do it very badly; but in principle it can be done successful, if we develop the relevant skills. So too with complaining. The notion of a skill is generous to the inadequacy of our natural instincts. It proposes that many important tasks will be beyond us, unless we undergo a period of training.

In this spirit, here is a short guide to how to complain well:

Any criticism (as we know when we’re on the receiving end) feels like a withdrawal of love. Therefore it’s extremely helpful to convey great admiration and respect as we’re announcing our negative insight.

Compare the effect of saying:

– I love giving you a kiss, but there’s just this one tiny thing: it’s even nicer when you’ve just brushed your teeth.

– Why the hell were you flirting with that idiotic person?

– You are so lovely and I can’t help imagining other people finding you attractive. Don’t blame me for being selfish: I want to keep you to myself.

2. Making it clear that it’s normal, and understandable, for your partner to have this failing

One of the things we are primed to resent is being made to feel freakish or being negatively compared to others who are ‘good’, while (obviously) we are ‘bad’.

– No-one on the planet has to put up with this, why can’t you see that obviously it was your turn to take the bins out?

– Taking the bins out is obviously about the most boring task imaginable. I can’t imagine anyone not wanting to get out of it, but it occurs to me that maybe yesterday it was actually your turn.

– You’ve become probably the least imaginative person in the world in bed. Martin and Jannine are fucking like crazy, what’s wrong with you?

– I don’t know anyone whose sex life has stood the test of time, but maybe we could slightly buck the trend? 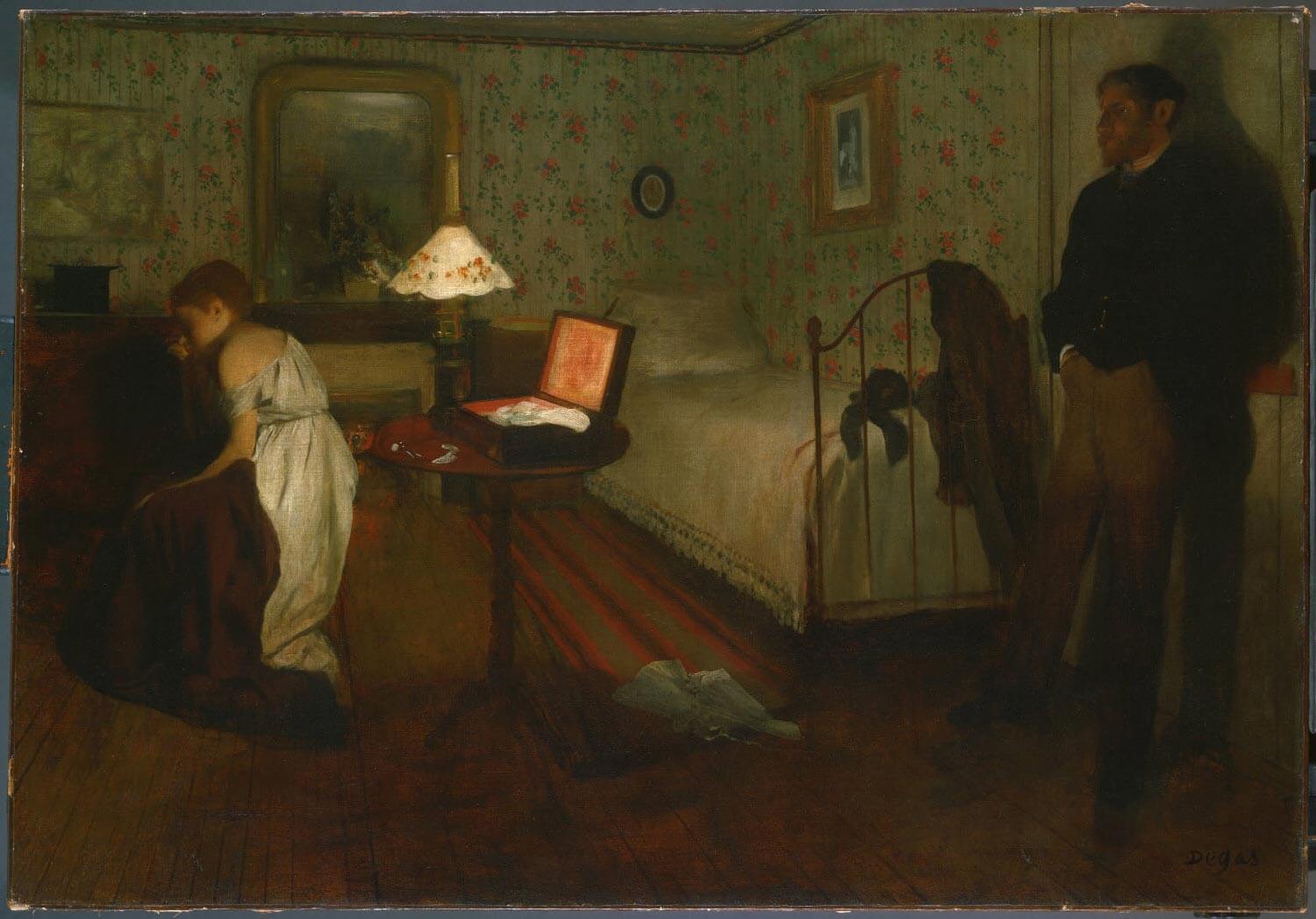 Often what we hate about criticism is its directness. In a secret part of our minds we’re not inherently unwilling to accept that we’re very far from perfect – but we can’t bear having certain truths stated to us bluntly. Compare:

– I hate the way you try to tell a story: you’re like some demented robot that has no idea what needs to be explained first, what’s an irrelevant detail or what the point of the whole thing is.

– It sometimes seems to me that maybe you haven’t entirely got in focus the reaction you are hoping to elicit from others.

– You are such a revolting snob, I want to die of shame when I hear you pontificating in front of other people.

– I wonder if it’s just possible that at times not everyone fully identifies with the interesting point you are making.

4. Explain what is genuinely at stake for you

We don’t realise it, but often our criticism doesn’t perfectly target the real source of our distress: we lash out and condemn our partner in their whole being, rather than surgically addressing a very precise problem. We might say:

– When you were slightly abrupt with my mother, it made my unhappy. I totally understand: she’s not your best friend and she can be pretty annoying; but I feel I have to be loyal to her, I can’t emotionally afford to alienate her more than I already have. I hardly dare ask, but I’d love you to grit your teeth and be sweet with her. I know its a lot to ask but it would mean so much to me.

– It’s pretty difficult to explain, but I have this quite intense thing about cutlery. I know it sounds weird, but it does bother me when the knives and forks don’t match. Ultimately I suppose matching means harmony for me. It’s a little detail that speaks about a grand theme. When you bought those new knives, I know your were thinking they were a bargain – but would you mind very much if  we kept them in reserve. Maybe on Saturday we can go and look for some others.

5. Reveal the longing beneath the complaint

Quite often, when we complain there’s a vulnerable part of us that wants to be recognised, appreciated and looked after. But we’re understandably nervous about revealing our deepest hopes. So instead we go on the attack.

– You promised you’d be here at seven and it’s seven fourteen, you drive me mad!

– I was counting down the time till you got here, I’m so excited and nervous that we’ve got this time just to ourselves, I worry that I’m keener on you than you are on me. I so want things to go well, that’s why I’m agitated – a few minutes doesn’t really matter.

– Did you really pay that for a haircut, I can’t believe how vain you are.

Because we can’t admit:

– I’m worried that you don’t think I’m attractive, so when I see you taking an interest in your own appearance it makes me feel you are too good for me. I feel very unsure about being liked or found interesting or appealing and I want you to understand this about me.

In each pair of statements the underlying criticism is exactly the same but it is delivered in radically different ways.

Taking turns, each imagine you are an actor trying out for two different roles in a film. One option is that you’ll be cast at as a harsh critic; and in the other, you’ll be skilled at delivering a critique surely but with minimal hostility. The film is based generically on your life as a couple. There are two versions for each scene: one in which the harsh critic appears, and one in which the gentle, skilled critic has a starring role.

If you can bear to, pick out for the director a few criticisms you’ve each recently had of each other and play out the scenes using the two divergent characters.

How would the harsh critic announce what they’re unhappy about? How might the skilled critic speak?