The Sorrows of Commercialisation - The School Of Life

The Sorrows of Commercialisation

A complaint regularly aired around many careers is that, in order to succeed at them, there is no option but to ‘sell out’ or ‘dumb down’. It appears that we will inevitably face a choice – between authenticity and penury on the one hand, and idiocy and wealth on the other. We are familiar with the complaint in the arts, of course. But the same dilemma shows up when an interesting restaurant seems unable to make a profit; when a specialist bread company goes into receivership; when a garden supply firm focusing on rare native plants can’t get a foothold in the market; when a sincere news site can’t turn a profit and when an ethically-based investment firm is doomed to operate on a tiny scale in comparison with its less high-minded competitors.

Behind the complaint lies a very understandable but at the same very ambitious yearning: that our most passionately-held beliefs and enthusiasms should relatively painlessly, simply by virtue of their merits, become high priorities for others. Our instincts lead us to suppose that what we’re convinced of should swiftly prove equally compelling to strangers. Young children are particularly prone to this touching assumption. They may, on meeting a new adult, enthusiastically suggest that they join them in playing a favourite game, perhaps spending time brewing something on the miniature kitchen or role playing with their dolls, which shows how hard it is for a child to grasp how alien some of its pleasures might actually be to another person. The child isn’t silly, they are just highly attuned to their own nature and spontaneously convinced that others may share it. They are, in a naive but representative way, illustrating an instinct that stays with us all of our lives: the supposition that others must be moved by what moves us, that their value system is, or should be, like ours; and that they can inexorably love what we love.

But the reality is often very different and rather more humiliating. A novel filled with subtle character analyses which takes inventive risks with plot structure might sell only very modestly, while one that pits good against evil in a predictable manner, relies on well-tried narrative tricks and arrives at an implausibly happy ending will dominate the bestseller lists. A high-street chain might do a fabulous trade in cut-price dark grey polyester-cotton socks, while a thoughtful, original brand involving striking colour combinations and material sourced in Peru will fail entirely to win market share. 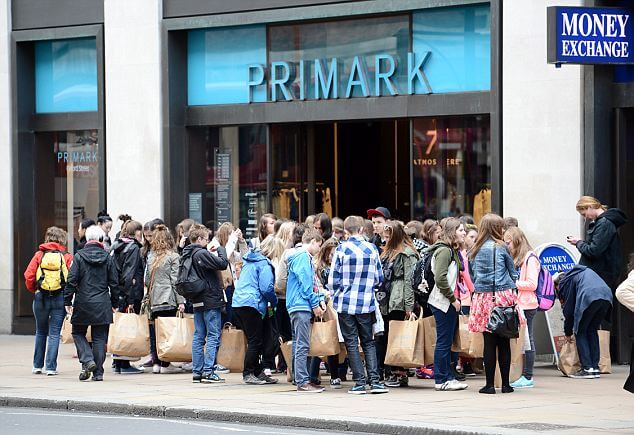 It can seem maddening that the economy so regularly favours the less impressive over the refined; the unsophisticated over the intellectually serious; the splashy over the classic. It’s tempting to arrive at the despairing conclusion that the economy is inherently devoted to delivering a personal affront to the better aspects of human nature. The truth is likely to be a lot less vindictive and intentional, but the tendency for the market to overlook our more sincere and high-minded efforts is real enough – and founded on a raft of identifiable and stubborn forces in economic and psychological life.

One of the most basic of these forces is choice. It is in the nature of growing, successful economies perpetually to expand the range of choices offered to consumers – and in the process to minimise the entrenched, a priori claims of any given product or service. We can track the characteristic features of this development in relation to media. In 1952, a BBC radio broadcast of Beethoven’s Fifth Symphony attracted an audience of five million listeners: approximately 16% of the UK’s adult population. Today, such a broadcast would claim a fraction of these numbers. What explains the difference is not – as some cultural pessimists might claim – that the UK population has over a few generations become a great deal less sensitive to the emotive force of German Romantic music; the fundamental difference is that today’s audience has more options. In 1952, there were few competing sources of entertainment. People listened en masse to the classical end of BBC radio because there was simply nothing much else to turn to. A producer who worked in the corporation had a great deal more authority than today’s equivalent not on the basis of superior genius, but because it was preternaturally hard for listeners to track down viable alternatives. This, rather nicely, gave certain high-brow things more opportunity to be attended to; but it also meant that many substandard services and products could enjoy a far larger role than was truly warranted.

We know from the study of certain natural habitats that in situations of abundant choice (the warm seas around the Seychelles, for example), attention will naturally go towards members of the species who can appear colourful, variegated and theatrical. 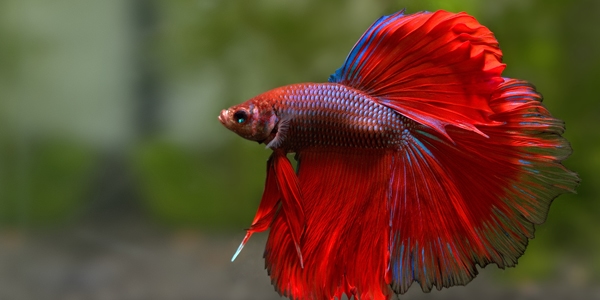 Much the same holds true for companies amidst the din and buzz of the human marketplace. What is brusquely called ‘selling out’ typically refers to a series of moves no more and no less sinister than the elaborate signalling to which all living things in compex environments must submit themselves in their efforts to be noticed. Amidst plenty, products and services must throw their qualities into dramatic relief, puff out their virtues, sound more confident than they perhaps are and lodge themselves in the minds of their distracted audiences with unabashed insistence.

Those of quieter temperament, with an earnestness of mind and a commitment to higher values, may particularly baulk at the demands, and bitterly refuse the exigencies and compromises of the market.

There is another reason why modern audiences are likely to sidestep opportunities for high-minded consumption: because they are so exhausted. Modern work demands a punishing amount from its participants. We typically return from our jobs, at the day’s close, in a state of severe depletion; frazzled, tired, bored, enervated and sad. In such a state, the products and services for which we will be in the mood have to be of a very particular cast. We are likely to be too brutalised to care very much about the suffering of unfortunates in faraway tea plantations or cotton fields. We may have endured too much tedium to stay patient with intelligently reticent and studiously subtle media. We may be too anxious to have the strength to explore the more sincere sections of our own minds. We may hate ourselves a bit too much to want to eat and drink only what is good for us. Our lives may be too lacking in meaning to concentrate only on what is meaningful. To counterbalance what has happened at work, we may be powerfully compelled towards what is excessively sweet, salty, distracting, easy, colourful, explosive, sexual and sentimental.

This collectively creates a vicious circle. What we consume ends up determining what we produce – and in turn, the quality of jobs that are on offer. So long as we only have the emotional resources to consume at the more narcotic and compromised end of the market, we’ll only be generating employment that is itself challenged in meaning and compromised in dignity – which will breed a mindset that further increases our demand for lower-order goods and services, which then creates ever more of the wrong sorts of jobs. We are trapped by our existing conditions of employment from properly developing, on a mass scale, the sort of temperaments that could strengthen the sincerity and seriousness of our appetites and so decisively expand the range of meaningful and non-depleting jobs open to us.

The price of marketplace that demands constant commercialisation is at some level an emotional one. We harbour a basic craving to be recognised and accepted ‘for who we are’ free of artifice or decoration. We long for careful, insightful appreciation of our characters and interests as we define them. This was, if things went tolerably well, a little like what happened to us in earliest childhood, when a kindly adult, through the quality of their love, spared us any requirement to impress, or as we might put it, to market ourselves. We did not, in those early years, need assiduously to ‘sell’ who we were: we did not have to smile in exaggerated ways, sound happier than we were, put on seductive accents or compress what we had to say in memorable jingles. We could take our time, hesitate, whisper, be a little elusive and complex and as serious as we needed to be – sure that another would be there to find, decode and want us. Everything we learnt of love in those early days ran conceptually counter to the subsequent mechanisms of Commercialisation. 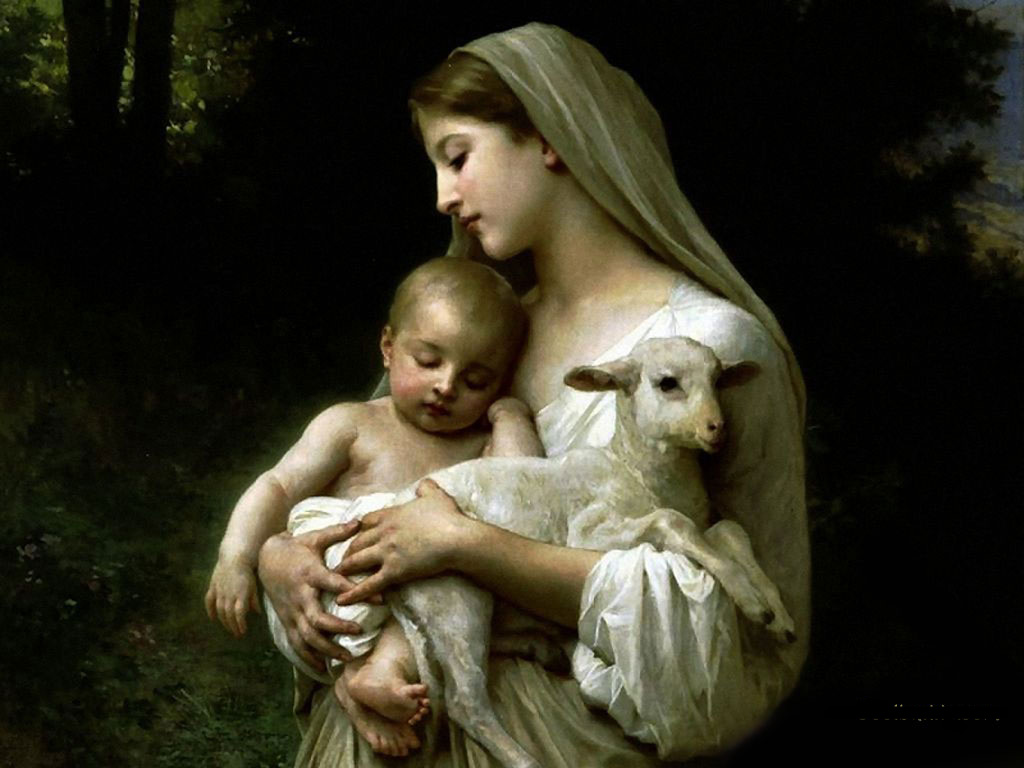 No wonder if we harbour within us a degree of disenchanted, instinctive revulsion against commercial strictures: against the need to find out what others want, to pander to their appetites, and humour them in their obsessions. The freedom not to have to sell ourselves so aggressively was not just part an earlier, simpler era in the history of the world, it was – more poignantly – also a moment in each of our personal histories, to which we at some level always long to return.