A Projection Exercise for Couples - The School Of Life

A Projection Exercise for Couples

It’s a deep and powerful feature of our minds that we quickly interpret what’s happening in a situation, on the basis of a few slight clues. But, without realising it, we also sometimes smuggle in ideas which are more to do with us than with what’s actually happening. This is called ‘projection’: we make an emotional assumption about others based on a hidden bias in our own experience.

We can catch sight of projection in action when we contemplate certain works of art and try to say what’s going on in them.

Consider this portrait of a mother and daughter: 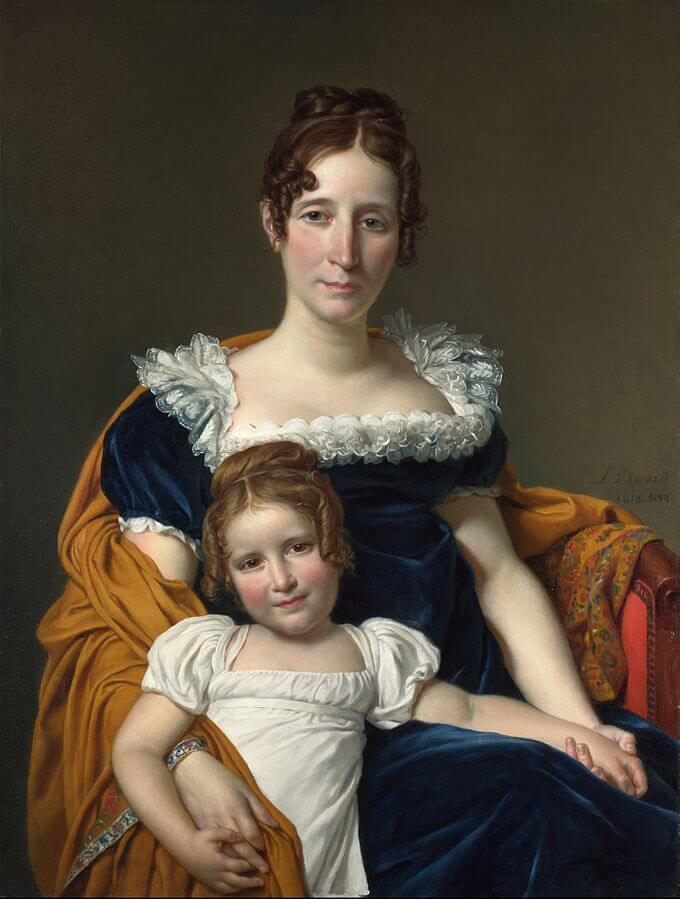 Different people might see this in very different ways. One person might say the mother looks like she’s hardly interested in her daughter, and seems quite cold and disengaged. Another person might feel that the mother is lost in tender but anxious thoughts: thinking how little her girl is and how large and complex and dangerous the world can be. Someone else could see the daughter as timid and clinging to her mother for reassurance, while another individual might say the daughter looks bored: it’s as if her mother is holding her back from going off and doing whatever it is she’d rather be doing.

Historically speaking, we don’t actually know anything about the relationship between this particular mother and daughter. The different ways of viewing it don’t identify what was really going on between them: rather they reflect the inner emotional world of different viewers. Suppose, when we were little, we suffered because our own mother was often distracted and inattentive. The idea of a disengaged, melancholy mood will probably have grown more instinctive to us. Our minds are always seeking to find this familiar emotional state – even if there isn’t really too much evidence for it in the world. A tiny suggestive hint will be enough (downcast eyes, a slightly tense mouth): these will be sufficient to make us feel sure that the other is withdrawn and sad, even if we don’t really know what they are feeling at all. Similarly, if a parent was given to anxious foreboding, it will feel natural to us to see this woman as having these same kinds of thoughts. Or if as children we felt shy and fearful, we’ll be primed to see the child in similar terms.

Or suppose we ourselves have often felt a desire to escape from overbearing demands – maybe from our parents or from the constraints of education or from the burdens of our working lives. The idea of being held back looms large in our minds. It comes to guide the way we interpret others. We may not have fully acknowledged our own sense of being trapped, but it’s there in our souls, and we project this feeling outwards and see others as being in a similar situation – even if they’re not.

We can sometimes pick up on the projections others make of us, because we can see there’s a real gap between what they feel sure we’re doing and what we know we’ve done.

– Sometimes my partner imagines I’ve done something on purpose to thwart them, when I haven’t done anything at all. They can’t find their car keys and they’ll go ‘why did you move my keys, why would you do that?’ and they’re on the verge of getting really angry – as you might if someone really had deliberately hidden your keys. But actually I haven’t even touched them.

– I get one quite well with my parents in law and I was texting them about having lunch with them over the weekend and my partner got the idea I was ‘complaining about them’ behind their back. I wasn’t at all. If I meet up with friends, afterwards my partner will say ‘did you talk about me?’ It’s as if they’ve got this picture of me in their heads that’s not entirely connected to reality.

We can make sense of the idea of other people projecting. But it’s harder to notice the phenomenon in our own case. We don’t too often or too readily feel that we’re taking our own past and using that to come to skewed interpretations of what’s going on; and yet we may be…

To close in on your own patterns of projection, look at this picture: 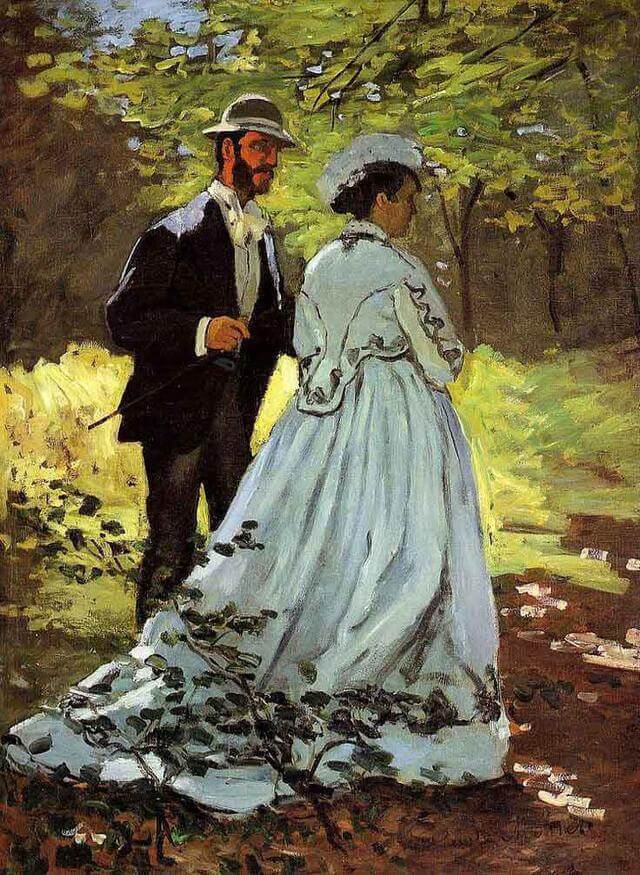 Individually, pick the statement that is closest to your own instinctive sense of what’s going on with this couple:

A: They’ve just had a row and she wants to leave.

B: He’s being domineering, she’s upset but too intimidated to say anything

C: She’s being difficult, he’s trying to understand to to help

D: They’re having a really interesting conversation, she’s paused to gather her thoughts and he’s just waiting to hear what she’ll say next.

It’s important to note that there’s no correct interpretation of the picture: there’s no external evidence at all about what they were saying or feeling. Take turns to consider what it might be in your own background that prompts you to see this couple the way you identified.

As a second exercise, take turns to complete the following sentences: answer as quickly and spontaneously as possible, don’t think it out, just give the first answer that comes to mind:

1. If a really good dancer sees someone floundering gracelessly on the dance floor, they probably think ….

2. If you are wearing smart clothes and trip over in the street, the people around would probably …

3. You notice that some driving a car is speaking on their phone – give a quick sketch of the kind of thing you imagine they’re probably saying

4. A middle-age couple are sitting silently opposite each other at a table in a restaurant – what’s the state of their relationship?

A key point here is that there could be multiple different answers that make perfect sense. A good dancer might be contemptuous of someone who can’t dance at all, or they might be delighted to see someone having a go or they might not think about them at all, or it might remind them of a beloved friend who recently died. At the moment it doesn’t matter what the statistical norm is (it may be, for instance, that 63 % of good dancers feel contempt for those who can’t dance) because this gives no precise guide to what is actually happening in any particular case.

What’s at stake is what immediately comes to mind for you: this gives an approximate but revealing glimpse of the way you might be projecting onto others.

Take turns to try to explain, without being defensive, why you gave the answers you did.

Now try to identify occasions when, in your own relationship, you might be projecting onto one another. What unfortunate consequences follow from this?

We don’t project because we are bad or stupid or unkind. We project because that is the way our minds function. We use familiar emotional patterns to imagine what’s going on for others – though we’ll sometimes get it very wrong. We’ll imagine our partner is deliberately upsetting us when they aren’t; we’ll suppose they are angry with us when they’re not; we will misconstrue their motives and moods. We make panicked, alarmist interpretations of what they are up to, not on the basis of reality, but because of our own complex background emotional history.