‘Let Him Who Is Without Sin Cast the First Stone’

We are so used to thinking of Jesus as a divinity whom we accept or reject on the basis of faith that we are apt to miss a far more relevant detail: that he was an extremely acute philosopher, whose rules on human conduct maintain a deep and ongoing applicability.

One of the most salient of his lessons comes in chapter eight of the Gospel of Saint John. Jesus has recently come down from Galilee to Jerusalem when some Pharisees, members of a sect focused on precise adherence to Jewish tradition and law, present him with a married woman whom they have caught having sex with someone other than her husband. ‘Teacher,’ they ask him, ‘this woman was caught in the very act of committing adultery. In our law, Moses commanded that such a woman must be stoned to death. Now what do you say?’ Jesus is being edged into a trap. Will he say that it is completely fine to have an affair (in other words, to condone something that one’s society regards as sexually very wrong)? Or will the mild-mannered preacher of love and forgiveness turn out to be just as strict about legal matters as the Jewish authorities he liked to criticise?

Jesus makes a deft move. He doesn’t categorically deny the mob the right to stone the woman to death – but he adds one apparently small but in practice epochal caveat to this right. They can kill and destroy her to their hearts content if, but only if, they can be absolutely sure that they have first satisfied one crucial criteria: they have never done anything wrong themselves.

Importantly, by this Jesus doesn’t mean if they have never slept around outside of their marriage, he means if they have never done anything wrong at all, whatsoever, across any area of their lives. Only absolute moral purity grants us the right to be vicious, high-handed and unsparing towards transgressors. An important principle of ethics is being introduced: we are to be counted as properly innocent not when we are blameless in this or that area, but when we have done nothing wrong whatsoever, at any point and in any context. If we have, if we have slipped up in any field, even one very far removed from the crime at hand, then we are duty bound to stretch our powers of empathy, to strive to identify with the wrongdoer and to show them an advanced degree of mercy and charity. We may not have committed that particular crime, but we are implicated in sin more generally – and therefore must forgive.

Jesus responds to the Pharisees with what have become immortal words: ‘Let him who is without sin cast the first stone…’ The mob, understanding the rebuke, put down their projectiles and the terrified woman is spared.

The real target of this story is a perennial problem in the human soul: self-righteousness. Self-righteousness is the degenerate outgrowth of something otherwise extremely valuable: a desire to be in the right. The problem is that being in the right in some areas has a fateful tendency to lead us to see ourselves as morally blameless across our entire lives and therefore encourages a particular mean-spiritedness and inhumanity towards those who transgress in situations where we have been good. Our impeccable position on, say, the economy, or poverty or the right way to run a household can give us grounds for viewing ourselves as morally blameless in and of ourselves – a stance from where extraordinary cruelty can follow. 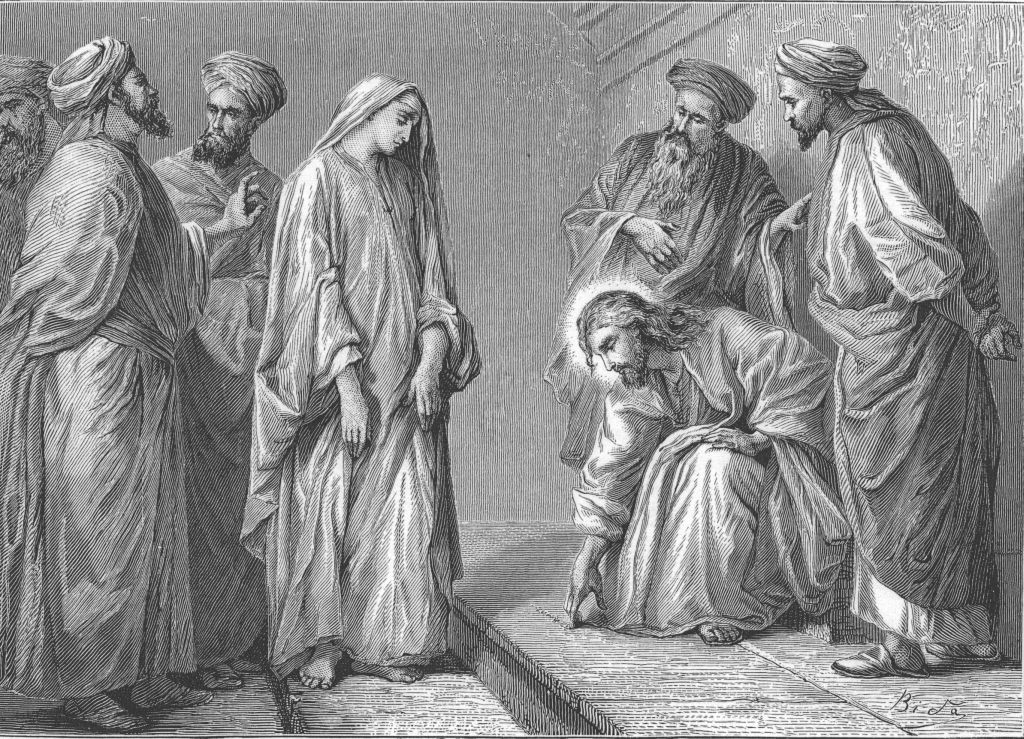 Jesus’s point is that the surest way to be kind is not to take pride in never having done a particular species of wrong. It lies in seeing that, inevitably, we too have been foolish and cruel at other moments, and in using that knowledge to foster compassion towards those whom it lies in our powers to ‘stone’. A world in which we keep our own wrongs firmly in mind becomes, paradoxically, a properly virtuous  and humane place.

To wonder too insistently what ‘the meaning of life‘ might be marks you out as being somewhat heavy, weird or just naïve. People nowadays often say – sometimes in a sad…

The Fear of Happiness

Given how much we all long to be happy, we might presume that accepting the possibility of happiness in our lives would be an uncomplicated, serene and automatic process. But for…

High ambitions are noble and important, but there can also come a point when they become the sources of terrible trouble and unnecessary panic. One way of undercutting our more reckless…