Perhaps you never had such a figure in your life, but let’s imagine for a moment what a good mother might have been like: when you were a baby, she fed you in the night; you cried at 3am and she got up to comfort you until you eventually found your way back to sleep an hour later. When you had a cold, she brought you toast and soldiers in bed. She was very interested in small things about you, like how you did in the school geography exam or the graze you got on your knee in the running race. Nowadays, she wants you to be happy, that’s what counts. Professional success isn’t the point. And when you mess up, your troubles are hers. She will put her own needs aside for you. She won’t demand that you take her difficulties as seriously as she takes yours.

She applauded even when your efforts were nothing special, yet she won’t remind you of any of it or even expect much gratitude. You are likely to understand – eventually – what she did, but only years later, and maybe too late to return the kindness.

It’s an extraordinary image of what love could be. As adults, we often demand this sort of love of each other – and are likely to make a bitter discovery in the process: that we cannot now find again the love we knew as children. We rage against this and blame the other person for their inability to perfectly intuit our needs, until the day we reach a true maturity, realising that the only release from our longing for this sort of love is to stop demanding such love for ourselves and to learn to give it to somebody else, perhaps a child.

It is one of the most fascinating aspects of religions that they fully recognise the strength of our need for a mummy. In Catholicism, in shrines around the world, the sorrowful, the sad and the desperate will glance up at an image of Mary, light candles, say prayers and speak of their individual griefs to a mother who is symbolically the mother of all believers.

From a robustly rational perspective, devotion to Mary seems to exemplify religion at its most infantile and soft-headed. How could any reasonable adult trust in the existence of a woman who lived several thousand years ago (if she ever lived at all), much less draw comfort from a projected belief in her unblemished heart, her selfless sympathy and her limitless patience?

The drift of the question is hard to refute; it is simply the wrong question to raise. The apposite point is not whether the Virgin exists, but what it tells us about human nature that so many Christians over two millennia felt the need to invent her. Our focus should be on what the Virgin Mary reveals about our emotional requirements.

In the broadest sense, the cult of Mary speaks of the extent to which, despite our adult powers of reasoning, our responsibilities and our status, the needs of childhood endure within us. While for long stretches of our lives, we can believe in our maturity, we never succeed in insulating ourselves against the kind of catastrophic events that sweep away our ability to reason, our courage and our resourcefulness at putting dramas in perspective and throw us back into a state of primordial helplessness.

At such moments we may long to be held and reassured, as we were decades ago by some sympathetic adult, most likely our mother, a person who made us feel physically protected, stroked our hair, looked at us with benevolence and tenderness and perhaps said not very much other than, very quietly, ‘of course’.

To be seen, in any way, as babyish, childish or in need of mummy is to risk being scorned as an incompetent adult. Yet the needs are real. And we pay a price for dismissing them. We become desperate and feel very lonely. We might turn harshly on ourselves – getting angry because we feel ashamed of being weak.

For their part, Buddhists have evolved the figure of Guanyin for the very same reasons as Catholics invented Mary. She too has kind eyes and can suggest alternatives to despising oneself. In temples and outdoor plazas across the East, adults allow themselves to be weak in her presence. Her gaze has a habit of making people cry – for the moment one breaks down isn’t so much when things are hard as when one finally encounters kindness and a chance to admit to sorrows one has been harbouring in silence for too long. Like Mary, Guanyin has a measure of the difficulties involved in trying to lead a remotely adequate adult life. Guanyin does not act powerfully to solve our problems. The point is that just being heard; feeling that one’s pain is recognised, and taken seriously, is – in itself – a great help. She regards us with tenderness, when no-one else will, and strengthens us to face the tasks of life.

Modern society struggles to update what such figures as Mary and Guanyin represent. We don’t have a contemporary version of the publically available nurturing ‘mother’.

It is easy to label as childish needs which should really be honoured as more generally human, for there is in truth no maturity without an adequate negotiation with the infantile and no such thing as a grown-up who does not regularly yearn to be comforted like a child.

Christianity describes the capacity to accept the idea of one’s ongoing child-like nature as a mark of moral and spiritual health. Psychoanalysts would agree. Only the brittle and unnaturally haughty would attempt to deny their weaknesses.

In religious ages in Europe, images of loving mothers were displayed in multitudes of shrines, temples and churches or on the sides of buildings. So the reassuring, generous message could reach people wherever they happened to be. 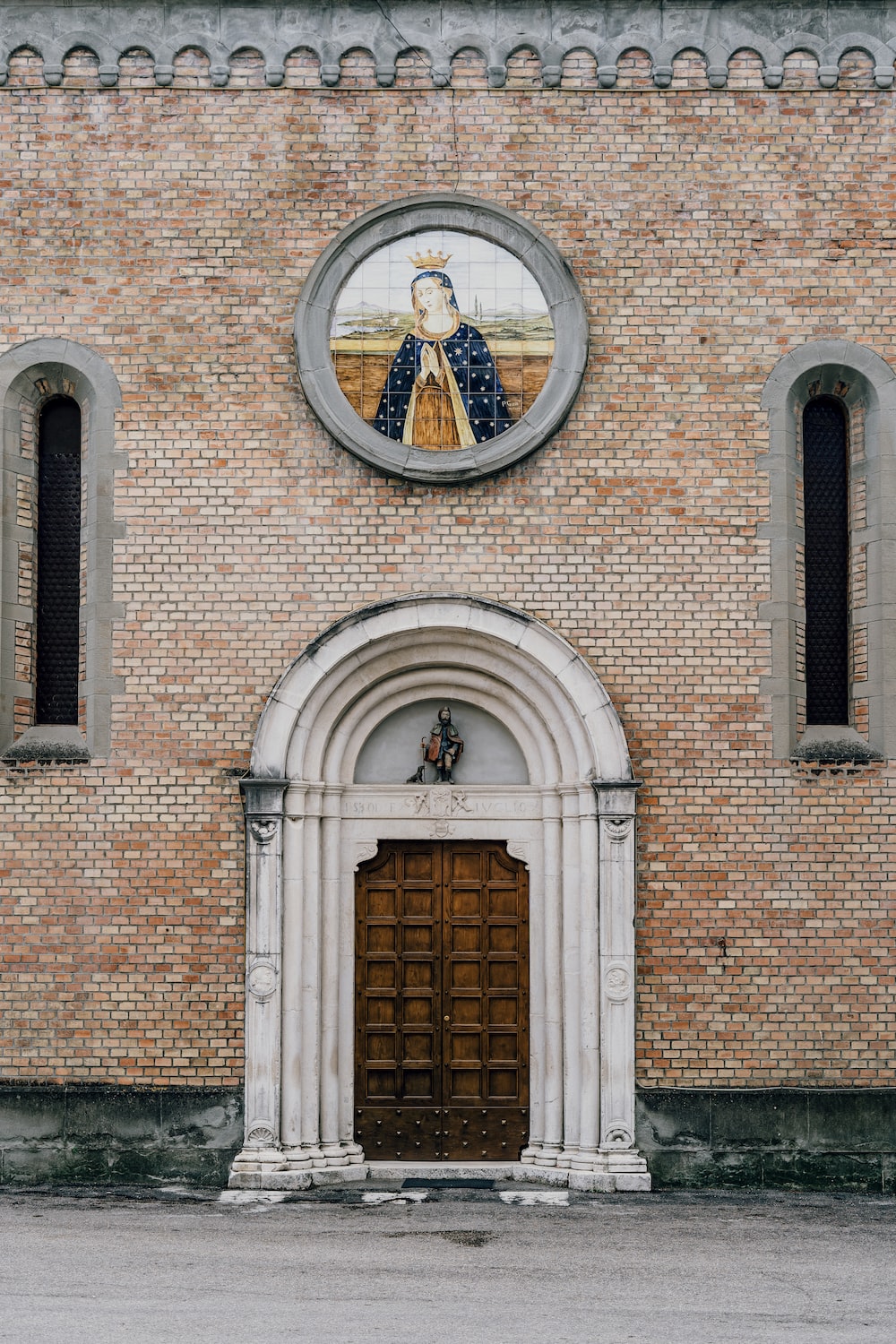 Today, we have no problem at all with messages being displayed in public places – only they are more likely to concern the possibility of buying a special kind of sports shoe or advising us on how we can save a bit of money on car insurance. We’ve given over so much of this public terrain to people who are primarily concerned with making money out of us.

We need a culture that recognises our common, widespread, deep need for maternal care – and the benefits of being reminded of the need. This is a political task – though it is one that does not (unfortunately) figure on the agenda of any major political party.

It might be useful if architects and artists were occasionally to create works which took parental care as their central theme. Spaces for Tenderness, where we could, in the best sense regress; contemplate maternal images in a twilight ambience, while lying on cushions under the cover of soft woollen blankets of the sort that once swaddled us in our earliest days.

A central fact about early childhood is that babies are born into the world entirely at the mercy of others. They have no native strength, intelligence or utility, they cannot fight… How a Messed up Childhood Affects You in Adulthood

We are, all of us, beautifully crazy or, to put it in gentler terms, fascinatingly unbalanced. Our childhoods, even the apparently benign ones, leave us no option but to be anything…