The Children of Snobs

Given how pejorative the term is, we’re understandably keen to locate snobs somewhere far from us. They are the people in the newspaper, or the ones who live in the other part of town or went to the school we didn’t go to – but it’s nice not to imagine them too near to home.

Yet that’s to deny an obvious eventuality: snobs may lie closer to us. Snobs form couples; they have children. And we might be among them. However painful the unvarnished thought, we might be the children of snobs. It’s a situation it can be therapeutic to face up to and to try to make sense of.

What is a snob? It has little to do with an old-fashioned love of aristocracy. A snob is simply someone without an independent center of judgement, who can only value what the ‘in’ group in society happens to esteem at any point in time. Snobs’ opinions and tastes might be quite sane (or not); the key thing is that they aren’t their own. They cannot tell what to make of anything until other, prestigious voices have made up their minds for them.

There is a particular conundrum that sets in when snobs have a child: how should they evaluate this new creature, in whom the world has no particular interest and who cannot wow or dazzle it? The thing merely sits in its cot, dribbles and screams a lot. It cannot do, it can only be. The snobs’ first reaction is often to say that they don’t ‘like babies’ as a generic category. It sounds innocent enough, but the distaste is more fundamental: babies are unlikeable first and foremost not because they are messy and noisy, but because they are so unimpressive in worldly terms. At heart, the snob suffers from low self-confidence, which is why the incompetence of their own small child is so galling, threatening to evoke their own sense of fragility and vulnerability. The baby can’t buy or sell a company, star in a movie, or even drink neatly from a cup – and may on this basis generate panic and fury in their snobbish carers.

Fortunately, with a little time, school comes along – granting snobs the perfect tool with which to manage their feelings. Snobs make it very clear to their offspring that doing well at school, very well indeed, is not merely pleasing or cautionary, it is quite simply essential. Life more or less depends on it. There need to be cups, prizes, trophies and high scores in pretty much every subject. Doing well enough isn’t enough; excelling is the goal. If you don’t perform, you cannot be loved: whether this is directly spelt out or merely artfully suggested, this is the ideology under which the offspring of snobs grow up.

Unsurprisingly, most children of snobs do very well at school. And at university. And later on, in the job market. A feeling that one doesn’t deserve to exist unless one meets the criteria of worldly success can do wonders for one’s productivity. Offering conditional love has a habit of getting people to meet one’s conditions. 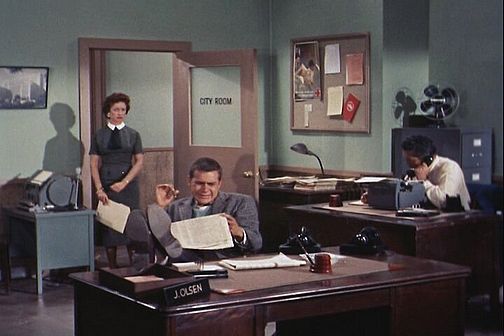 But that is also why the children of snobs are uncommonly likely to be on their way to a nervous breakdown, which often sets in just when most of the worldly boxes have been ticked. The longing that one should be recognised for being and not just doing – even if one has done quite a lot – is an extremely stubborn part of human psychology, which has a habit of periodically rearing its head and creating serious trouble if it keeps being ignored across a lifetime. We may well be able to meet conditions, but we can’t quite forget the desire to be loved without them, simply for being ourselves, in all our original messiness and confusion. Through a breakdown, by deliberately sabotaging what we have achieved in the world, we may be trying to go back and taste a simple, condition-less love that was denied to us in the early years. We’re trying – at huge cost – to re-experience a missing stage of development. We are tired of decades of making symbolic offerings under emotional duress to the ghosts of emotionally withholding parents. It might be better to sit in hospital for a while and disappoint everyone.

The more we understand the risks we face, as children of snobs, the less danger there will be of having to act out our complaints. To be a child of snobs is a diagnosis like any other – and deserves its own taxonomy, treatment and pathway to health. Part of this involves overcoming anger towards one’s carers – and realising that snobs are not evil, merely wounded. As their child, one will have to put extra effort into the delicate task of finding oneself valuable and worthy outside of achievement, not because of anything one has said or done, but just because one exists – which should always, of course, have been enough.

– Emotional Nepotism One of the things that makes families so important and so meaningful is that they are centres of unashamed nepotism. We’re used to thinking very negatively of nepotism.…

Historically, it is very odd for business people – or indeed anyone with an executive role – to spend much of their day attending to the needs of their own children.…

How Should a Parent Love their Child?

Strangely, and rather awkwardly, it seems no human being can ever really grow up sane unless it has been loved very deeply by someone for a number of years in its…