A central part of any parent’s responsibility is to prepare children for the challenges of adulthood: getting a job, managing finances, writing timely thank you letters, brushing hair, hanging up wet coats… What is less frequently mentioned is that if this training is to be remotely adequate to the real requirements of adulthood, then it should logically also include one subject which more than any other determines a person’s chances of leading a successful life: the ability to form and maintain intimate relationships.

Because this topic can be excruciating to discuss head on within a family, the good news is that no formal instruction is ever truly necessary; one won’t have to deliver classes on how to invite someone on a date or on how to ask for more time alone from a partner. Yet the absence of a need for direct education doesn’t absolve parents of all responsibility; it just shifts it into the indirect realm. Teaching about relationships actually goes on continually within families, without warning, in diverse and sometimes counterintuitive ways. As parents, we might – without quite realising it – be covering (in a better or worse manner) essential parts of the relationship curriculum while setting up a treehouse or having a race in the corridor, breaking up a fight between siblings or discussing who should wash up. Far more than defined lessons, these borderless ‘classroom’ hours in the home are when children will actually be learning – or failing to learn – the constituents of satisfactory adult relationships.

These disguised emotional learning modules might include messages on some of the following topics:

How much a parent of the gender we are drawn to finds us loveable is to a humbling degree likely to influence how acceptable we end up feeling about ourselves. It’s the memory of having been cherished and deemed interesting by a parent that guides the way we evaluate the face staring back at us in the mirror or moulds how we imagine that strangers might respond to our advances. Those who failed to interest their parents may struggle with a feeling in adulthood of how unlikely it would be that anyone could ever delight in them. They may be driven either to sabotage relationships in their early stages in order to return to a solitude that feels more deserved and safe – or to keep seducing new people in order to prove to themselves that they have an appeal of which they are never truly convinced (manic promiscuity having little to do with enjoying sex, and a lot to do with feeling wretched). But equal damage can be done by parents who lend a child an eerie impression that they play too great a role in their emotional lives and are the subject of excessive admiration and interest, leaving the child with a guilty sense that they might be being disloyal to a parent if they eventually built a secure relationship with someone else – or that they are powerless to stand up to those disregard their boundaries. The good enough parent implies that their child is an extremely valuable person for somebody else, many years from now, to get together with – and that their relationship with them, though joyful, does not have to compensate them for gaps in their own emotional lives.

In trying to understand relationships, the pioneering mid-20th century Viennese psychoanalyst Melanie Klein drew attention to a feeling that can unfold in the minds of babies during feeding sessions with their mothers. When feeding goes well, the baby is blissfully happy and sees mummy as very ‘good’. But if, for whatever reason, the feeding process is difficult, the baby can’t grasp that it is dealing with the same person it liked a lot only a few hours or minutes ago. So it splits off from the actual mother a second ‘bad’ version – whom it deems to be a separate, hateful individual, responsible for deliberately frustrating its wishes, and in the process, protecting the image of the good mother in its mind. Gradually, if things go well, there follows a long and difficult process by which the child ‘integrates’ these two different people and comes to grasp that there is no ideal, ‘perfect’ mummy but nor is there a terrible and awful one either; there is just one person who is usually lovely but can also be cross, busy, tired, mistaken or very interested in other people. Parents can help their children in the task of integration by presenting a holistic image of themselves, neither sentimentally and deceitfully sweet nor unfairly aggressive or sadistic. Ideally, the child will realise that their parent can be both fundamentally decent and right now in a very bad mood; or in essence well-intentioned but extremely annoying about homework this evening. Children who have lived with a less rounded parent (in either starkly negative or unrealistically positive directions) will find integration harder; they may develop tendencies to fall deeply in love with people whom they insist on idealising – but they may then suddenly and violently turn against them the moment they discover a detail that disturbs or frustrates them. They may find it extremely hard to accept that the same person might be very nice and good in some ways and strikingly disappointing in others. The bad version can appear to destroy the good one, though (of course) these are really just different and connected aspects of one complex person. To help a child cope with their conflicts between hope and reality, parents might combine love with a free admission of all that is imperfect in themselves. That way, their child will be gently reminded that no one we can love will ever satisfy us completely – but isn’t worth hating simply on that score either; they will be able to move from the hopeful naivety and rage of the splitting phase to the mature wisdom of the integrative one. They’ll know that they can end up with a partner who, in their blend of qualities and frailties, is eminently good enough.

Young children are typically equipped with a charming but deeply troublesome sense that those around them may be able to understand them without them needing to speak. This, after all, tends to be their first experience of how relationships work, when in their youngest days a parent seemed magically to intuit that milk was required or that a bath would be handy. From this a child may evolve an impression that those who truly love them will and must be able to know wordlessly what is in their minds – and by implication, that those who guess wrongly are unloving and perhaps even evil. A good parent will learn how to catch this presumption in its early stages. They will – with kindness and humour – force the child to articulate needs that they might otherwise have left unsaid and keep pointing out that unless the child speaks, another person (even a very lovely other person) cannot possibly know what they want or are going through. The parent will lavish praise on any stumbling attempts at detailed communication, and be correspondingly unimpressed by sulks, those peculiar phenomena in which one person blames another for not understanding them – even when they have not deigned to explain what the problem might be. A good childhood awakens us to the tedious responsibility – which we will have throughout our lives – to speak.

A capacity to have successful adult relationships will depend to a significant degree on being comfortable with one’s own body – and in particular with many of the so-called ‘lower’ appetites and desires that the body involves us in, and which can at times contrast markedly with the demands of dignified adult life. It is naturally not the task of a parent to discuss the intimate side of their progeny’s lives, but to a surprising extent, ease in this area is the consequence of having had benevolent experiences of an unconsciously related kind in the early years. It is in the remit of parents to give young children a natural and forgiving relationship with their own sensory consciences – forged over a range of proxy issues. A parent may, for example, send out a message that it doesn’t matter at all that the child got extremely muddy in the playground or that their boot fell into a smelly pond; they might make some mud pies along with the child and enjoy the oozing primal sensation of earth and water squeezing out of their palm. They might laugh sweetly at a child’s farts or smile indulgently at its occasionally bawdy delight in scooping vast amounts of strawberry jam or hummus onto some toast at tea-time. The parent might imply that it’s sometimes OK to take complete delight in one’s own voice and to let out a succession of joyful piercing rhythmic screams from the top of the stairs, or that after a lot of homework, it might be a good idea to have an exuberant pillow fight with a sibling. Far more than any ungainly lecture on relationships, this will be enough to ensure that a child knows that its body can be a source of pleasure and creativity rather than guilt or shame.

It has been the work of a century of psychotherapy to introduce humanity to a very troubling idea: that the way we chose our partners in our adult lives has a lot to do with our relationships with our parents in our early years – troubling because we like to feel that we will be able to make our own choices rather than following a script ineluctably and mysteriously written for us by other people and also because this repetition of childhood patterns often suggests that we will be recreating relationships of sorrow rather than joy. The good enough parent accepts that the psychotherapeutic story may, however difficult it sounds, be true – but will try their utmost to ensure that it need not be a disaster, that following a template set in childhood does not have involve their offspring in any pattern of repeated suffering. These parents will do everything they can to turn the therapeutic prophesy that one might unknowingly marry one’s mother or hitch up with one’s father from the tragedy it is generally assumed to be – to a more bearable, sometimes heartwarming (though never entirely unfrightening) eventuality.

A near-universal goal of parents is to try to imbue their children with confidence; to try to lend them the energy, self-belief and courage to eventually be able to act decisively… 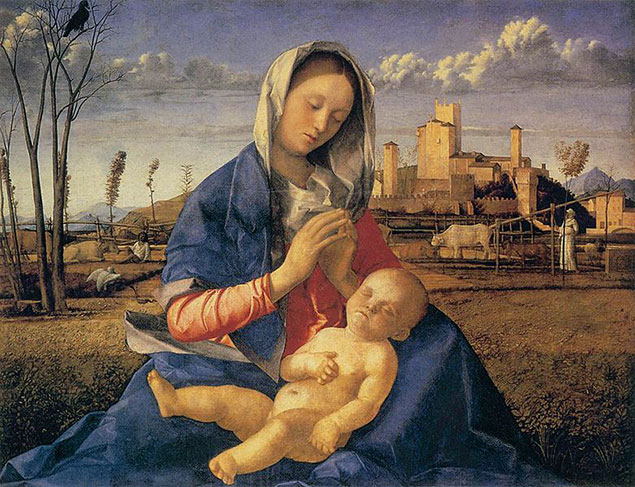 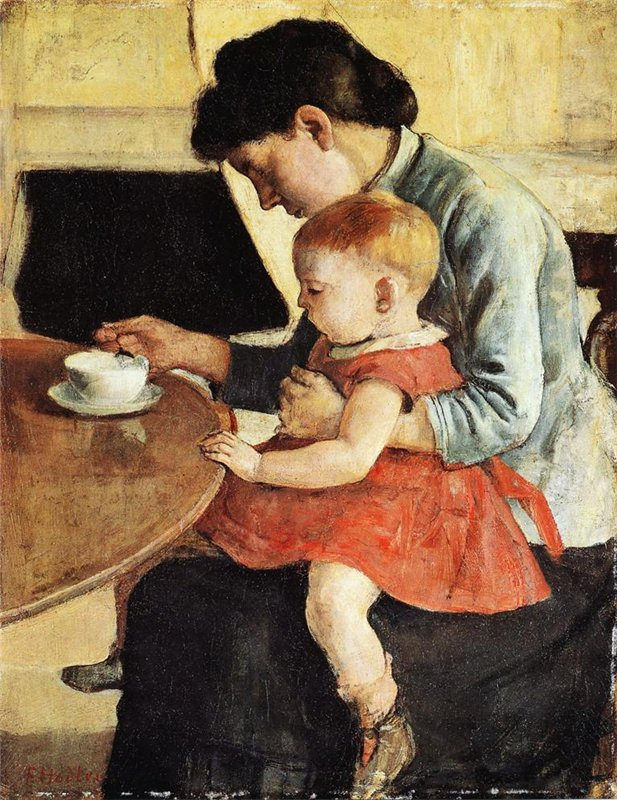 The working assumption of modern societies is that every ‘normal’ person should seek to have children – and should in every way be enabled to do so. Yet wisdom may point…