Can Exes be Friends?

There are some very strong and socially-endorsed reasons why partners breaking up generally try to remain friends.

To the person being – however nicely – rejected, the promise of friendship can feel like an emotionally-reassuring consolation prize. We may no longer be allowed to share their bed, have children with them or end our days in their company, but at least something can be rescued from the ashes: we will continue to be able to call them when we like, share our fears and go to the movies together.

To the person performing – however nicely – the execution, the promise of friendship is equally attractive. We may be itching to eject the partner but we are not – for that matter – devoid of feeling. We are, as we might say in sentimental moments, extremely fond of the soon-to-be ex. We just don’t want to end our time on earth with them, let alone reject all sexual possibilities in their name. Furthermore, we are deeply attached to the idea that we’re not monsters. And as we know, nice people always try to be friends with their exes.

The arguments may sound wise but, from close up, they are deeply fraught and in their own way, a catastrophe for both sides.

For the rejected party, the step from lover to friend is an eternally humiliating demotion. To go from the idea of a joint life-long future to a dinner every second Thursday is, to put it mildly, a come down. Worse, every sighting of the ex is guaranteed to re-ignite hope and then further insult. One isn’t acquiring a friend, more an unwitting torturer.

As for the executing party, the ex is a constant reminder of one’s guilt and ruthlessness. One can’t even relax into being kind, lest one’s intentions be misread and, after a few drinks, they burst into tears or attempt to take one’s hand.

The idea of trying to be friends constitutes a touching attempt to honour the best sides of a relationship in which two people invested heavily. Two lovers can’t, so the thought goes, simply vanish from each other’s lives after all that; a friendship is invoked to memorialise an episode of genuine importance.

But, looked at more dispassionately, friendship isn’t in any real sense faithful to love. Friendship with an ex does a grave disservice both to the memory of the relationship at its height and the merits of intimate friendship. It’s at once a betrayal of everything a good relationship was and a slight on the ideals of friendship, which shouldn’t be built out of the remnants of another, more ardent condition.

What we should replace love with isn’t friendship but that far more honest state: polite distance. That and a real assurance that the relationship, in its best and most enduring light, will always live on in the one place it can safely always do so: memory. 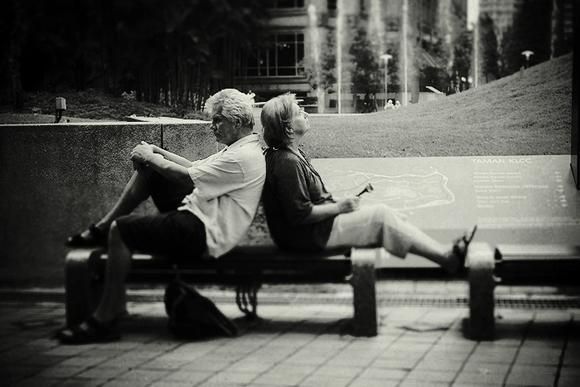 When Someone We Love Has Died

Someone we loved so much has died. It can be hard to know where to turn. For religions, dying was regarded as an essential, immensely important, part of existence; it was…

When a Relationship Fails, Who Rejected Whom?

When a relationship ends, we expect it to be fairly easy to determine who ended it and who wished it to continue: the person who said they wanted out, who explicitly…