Why Pessimism is the Key to Good Government

It might be normal to imagine that a good society would be one in which a majority of people held optimistic views about themselves, their fellow citizens and their prospects for their collective futures.

But, in fact, quite the opposite appears to be true: deep pessimism seems a key ingredient for the maintenance of any good society. 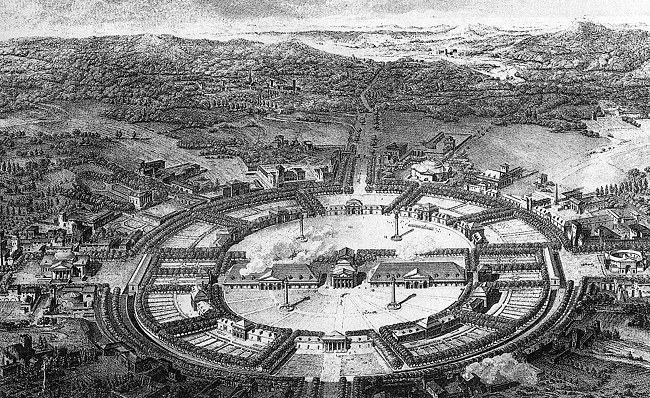 At the core of pessimism is the idea that everyone, however outwardly normal, is severely flawed: short-term, blinkered, vengeful, sentimental and prone to reckless anger, fear, delusion and passion. We’re mad monkeys, with a few extra neurones.

From a brutal acceptance of this dark starting-point, there can flow a range of measures that together will make for exceptionally wise, calm and reasonable societies. Let’s consider a few:

In an ideally pessimistic society, rather boring and extremely steady politicians are the norm. No one believes the wilder utopian promises of firebrand leaders. The electorate is simply far too pessimistic to trust in easy, rapid solutions to any of the nation’s substantial problems. Dramatic promises at the stump are immediately discounted with a wry, dismissive shrug.

Because pessimists know just how flawed any one individual can be, the ideal pessimistic society invests heavily in strong, slow-moving, independent institutions that prevent too much power from ever falling into the hands of a single person. Furthermore, these institutions are insulated from the fluctuations of public opinion – which, pessimistically, are seen as being hugely prone to hysteria and overreaction.

In the ideal pessimistic society, there won’t be much appetite for singling out any particular group or class of people for blame. Our troubles, the electorate sadly admit, are caused mainly by big impersonal, historical forces – rather than by a few people who are easy to target and cathartically hate.

Because they assume that it’s natural to have rather dangerous appetites and desires, the citizens of a pessimistic society willingly put quite a lot of restraints on themselves, defining freedom not as the ability to do whatever they want at any point, but as the liberty to act in accordance with their wisest, most reasonable selves (which only appear every now and then). They therefore don’t see it as any particular loss of freedom to be gently nudged away from blowing their savings, overeating, doing no exercise, ruining their relationships or developing addictions. They accept a paternalistic society as the natural price for limiting their own self-destructive tendencies.

Pessimistic societies don’t have much time for celebrity culture, for they are dubious about whether anyone much deserves to be idolised: they know that from close up, we’re all a bit of a mess. And they’re not shocked by revelations of chaotic private lives, since this is assumed to be the norm. Spare energy is directed more towards forgiveness rather than adulation followed by denigration. In pessimistic societies, the education system is elaborate, broad, ambitious and very well resourced; citizens assume that the raw human mind needs a huge amount of structured, targeted help in order to cope with life’s challenges. The curriculum isn’t merely focused on technical skills though; there is a lot of help around emotional issues too – which, it’s acknowledged, are at the root of so many of our tragedies.

Because they acknowledge that we’re all fragile, easily irked creatures, pessimistic societies place great emphasis on creating quietly uplifting and beautiful communal environments. Cities are marked by elegance, simplicity, rationality and harmony. A stridently ugly tower block, a depressingly chaotic airport, a squalid railway station – they darkly admit – could be enough to drive someone to despair. The rich have always recognised this for themselves; a pessimistic society merely differs in regarding this as a universal truth.

In optimistic societies, there are constant claims that everyone can be exceptional and, one day, awe-inspiringly successful. The charms and rewards of life are therefore fundamentally geared towards those who make it to the top. The best restaurants are superb, the private hospitals are outstanding, the most expensive schools magnificent, the richest residential areas delightful, the taxes for the rich very low. But, naively, such societies forget that, by statistical inevitability, most people are actually not going to be successful at all. So in the pessimistic society, mediocrity and relative failure are assumed to be the norm and the goal of government is understood to be that of rendering an average life (that is, the life most people will actually lead) as attractive as possible. Public housing, state schools, public hospitals and transportation are all superb, because it’s assumed (with extreme realism) that we’re almost all going to be relying on them.

By following such pessimistic dictates, the profound consequence will be a society where – paradoxically – there will be rather a lot to be cheerful about – though, of course, the wary, gloomy and wise citizenry would never quite dare to put it like that.

On Falling Apart at the Office

I. Office Victorians In the 19th century, British explorers were famous for not getting stressed. They might – like David Livingstone in his travels in central Africa between 1851 and 1883…

Quite often the prospect of moving to a job you can love looks very difficult because it involves a period of humiliating retrenchment. There’s going to be – at least for…

On Being Wary of Simple-Looking Issues

One of the reasons we sometimes don’t think things through properly is that they seem so simple. Physics is very complicated and – helpfully – it signals that it is: Einstein’s blackboard makes…