Children spend a lot of time worrying: that there may be a crocodile under the bed, that a gigantic cat may take them away in the night, that a flood might sweep away their home. When they seek comfort in the early hours from the terrors of their dreams, they tell us of having imagined being buried alive, of being chased by dogs down underground carparks or of having had their legs chewed off by a herd of one-eyed zebras.

And of course, to appease their worries, we take them in our arms and tell them that, thankfully, it will all be OK, that there is nothing to be concerned about, that they are safe and that the world will do them none of the harm they dread. Schools send out the same message: humans have it under control, teachers know the way (they just need to be listened to), there is no need for panic. The doctors are equally reassuring and have fascinating stethoscopes too; it’s just a scrape, it will heal up in just a few days, a bit of cream and it will be gone. And the bedtime stories do their best to tie things up neatly: the kangaroo and its mum lived happily ever after, the boy recovered the family fortune, the owl made it back to its nest and the moon rediscovered its place in the sky. It was, and always will be, completely fine in the end. It’s time for bed now. No, we can’t have another one. Night night, soldier.

We think, by the way of optimism, that we are making them resilient, and preparing them for a sometimes very rough world. We are not always wrong but might there be occasional space for a rather darker but equally and sometimes more calming approach? What if – at points – we began to picture what might happen if the owl got properly lost and the boy didn’t find the money, if we think about what it would it be like if a few things did go very very wrong and a bit of cream didn’t put it right? We are so scared of scaring children, might we be making them more afraid by shielding them from what is properly daunting?

For the Stoic philosophers of Ancient Rome, the way to find calm is not to insist that bad things don’t happen. They can and do happen all the time – maybe not exactly in the way that small children imagine them, but often pretty close: there are famines and plagues, fires and wars. There are some dangerous animals and some properly beastly people. There are horrific diseases and there is death. But crucially, the Stoics insisted, though these things are possible, to a far greater extent than we’re inclined to think, they can be endured. They can be thought through and mastered by our minds. We must not leave them as unexplored worries and shove them to the back of consciousness; that is to give them victory and allow them to unsettle us perpetually. Even our own death can be measured up to and the spectre confronted. There aren’t always happy endings, it’s nothing like what children’s stories imply, but may be there can be a way nevertheless, if we look at what our options are in the midst of calamity.

‘To find calm,’ wrote the philosopher Seneca, ‘imagine not what will probably happen, but what can happen.’ In other words, picture the worst, push your worries to their limits and see what you might have left: it might not be pretty, but it might – in its way – be OK. The Stoics advised running through the most awful scenarios, grave disgrace, total poverty, the loss of a limb or two, and tried to analyse their terrors head on. The route to inner strength wasn’t to run away from anxiety, it was to switch on the light in the room of fear and see what is really there. If there were a flood, how could we cope? If there were a plague, how might we manage? If we got a diagnosis, what might we do next? That is resilient thinking, not the response that tells us that we are being silly and that it will be entirely alright – until it isn’t and then we are lost.

The most Stoic story in the history of children’s literature was written and illustrated by the German-born British writer Judith Kerr and first published in 1968. The Tiger who came to Tea tells the story of a little girl called Sophie who is having tea with her mother when there is a ring at the door. It is – as it can sometimes be in life – a tiger. A natural response would be to panic. It might be normal to scream. It would be extremely understandable if one lost all will to live. But Sophie’s mother appears to have read Seneca and perhaps Marcus Aurelius too and takes the new visitor in her stride. It’s not an ideal outcome of course, but it’s not grounds for complete consternation either. Stuff happens – and the mother might have expected something like this. So she sets about trying to appease the tiger’s hunger. She gives him all the food they have, he ransacks the cupboards, he swallows everything around, he bashes the kitchen about, he even empties the taps of their last drops of water. And then, though it’s been a bit bad, he goes away. When Sophie’s father comes home from work, he’s rather dismayed that there’s no food left, but the parents decide this might be a great occasion to go out for a meal, and so they head off and have something delicious in a nearby cafe. The next day, Sophie and her mother restock the house. They find a big tin of tiger food – and buy it ‘just in case.’ But in fact, the tiger doesn’t return. It may have been terrifying, but it was a one off visit. Life goes on. Tigers come for tea – and then they go away again.

The Stoics would have called The Tiger who came to Tea a premeditation, an exploration of a difficult scenario designed to show us that it can happen but that it can also be borne. We do our children an injustice when we guess that they can only bear happiness. They – like all humans – are wired for catastrophe. The most loving and realistic thing is not to pretend that fearsome events don’t befall us; they may and they can fairly destroy what we value along the way. The key move when we are scared is to stay with our fears long enough to probe what the dreadful things can really do to us and analyse matters to the point where we can perceive that we could endure what appeared merely catastrophic from afar; it’s to know that tigers will come – and after some trouble and considerable damage, that they might even go away again. 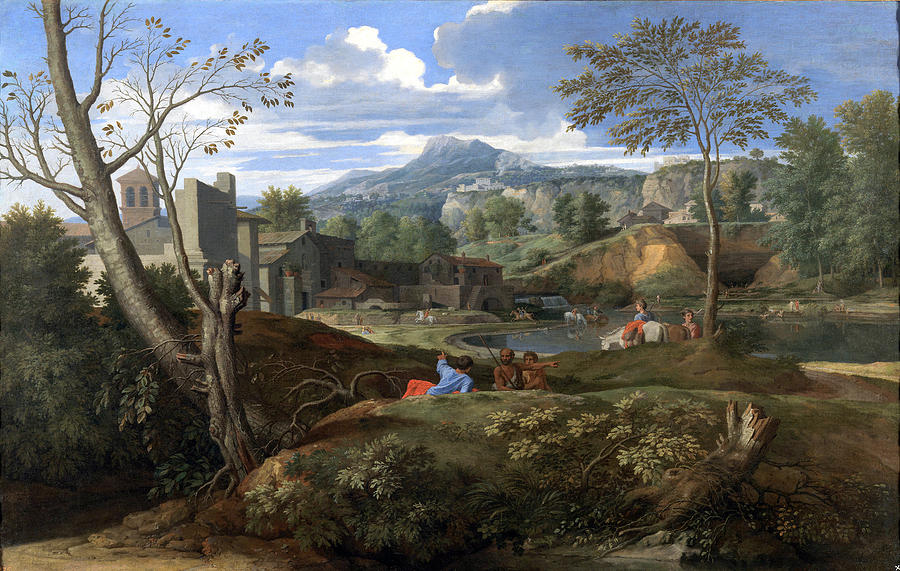 If we were to need any further evidence of the difficulties of being human, we need only study the poignant phenomenon that psychologists call dermatillomania – more commonly known as skin…