It is well understood by good parents that life should only ever get so exciting for a baby: after friends have come around and brought presents and made animated faces, after there has been some cake and some cuddles, after there have been a lot of bright lights and perhaps some songs too, enough is enough. The baby will start to look stern and then burst into tears and the wise parent knows that nothing is particularly wrong (though the baby may by now be wailing): it is just time for a nap. The brain needs to process, digest and divide up the welter of experiences that have been ingested, and so the curtains are drawn, baby is laid down next to the soft toys and soon it is asleep and calm descends. Everyone knows that life is going to be a lot more manageable again in an hour.

Sadly, we exercise no such caution with ourselves. We schedule a week in which we will see friends every night, in which we’ll do 12 meetings (three of them requiring a lot of preparation), where we’ll make a quick overnight dash to another country on the Wednesday, where we’ll watch three films, read 14 newspapers, change six pairs of sheets, have five heavily meals after 8pm and drink 30 coffees – and then we lament that our lives are not as calm as they might be and that we are close to mental collapse.

We refuse to take seriously how much of our babyhood is left inside our adult selves – and therefore, how much care we have to take to keep things simple and very very calm. What registers as anxiety is typically no freakish phenomenon; it is the mind’s logical enraged plea not to be continuously and exhaustingly overstimulated.

Here are some of the things we may need to do to simplify our lives:

It is theoretically a privilege to have a lot of people to see and things to do. It is also – psychologically-speaking – exhausting and ultimately rather dangerous.

The manner of expression is a little dated and brutal, and one might want to quibble over the exact timings, but this point from Nietzsche remains acute:

“Today as always, men fall into two groups: slaves and free men. Whoever does not have two-thirds of his day for himself, is a slave, whatever he may be: a statesman, a businessman, an official, or a scholar.”

We need to recognise that what is physically possible for us to achieve in a day is not, for that matter, psychologically wise or plausible. It may well be feasible to nip over to a foreign capital or two in a day and run a company alongside managing a household but nor should we be surprised if such routines ultimately contribute to a breakdown.

Plenty of it of course; at least seven hours. Or if we can’t manage it, we need at a minimum fully to recognise how much we are deprived, so that we won’t aggravate our sorrows by searching for abstruse explanations for them. We don’t necessarily have to get divorced, retrain in a completely different profession or move country: we just need to get some more rest.

What we’re taking in when we check our phones is perhaps the single greatest contributor to our mental ill-health. For most of history, it was inconceivable that there could ever be such a thing as ‘too much news’. Information from political circles or foreign countries was rare, prized and expensive (it was as unlikely that one could gorge oneself on it as one could on chocolate bars). But since the middle of the twentieth century, news has been commodified and, in the process, it has become a major – though still too little known – risk to our mental survival.

Every minute of every day presents us with untold options for filling our minds with the mania, exploits, disasters, furies, reversals, ambitions, triumphs, insanity and cataclysms of strangers around our benighted planet. Always, news organisations speak of our need to know – and to need to know right now. But what they have left out is our equally great, and often even greater need not to know: because we cannot change anything, because the stories are too violent, dispiriting and sad, because our minds are fragile, because we have responsibilities closer to home, because we need to lead our own lives rather than be torn apart by stories of the lives of others who are ultimately as remote from and irrelevant to us as the inhabitants of the Egyptian court of King Sneferu in late 2,613 BC.

It is maddening to be told this constantly and in such specific and ever-changing detail, but we do – in brief – have to eat less and simpler things too. The exact details of an anxious person’s diet are perhaps for others to argue about but suffice to say that it should probably involve some nuts, slices of apple, olives, apricots and coarse bread. The body needs long periods unoccupied with any sort of physical digestion to stand a chance of tackling the peculiar fruits of its turbulent mind.

Insomnia and anxiety are the mind’s revenge for all the thoughts we refuse to have consciously in the day. In order to be able to find rest, we need to carve off chunks of time where we have nothing to do other than lie in bed with a pad and paper in order to think. We need to consider three topics in particular:

– What is making me anxious?

– Who has caused me pain and how?

– What is exciting me?

We need to sift through the chaotic contents of our minds. Every hour of living requires at least ten minutes of sifting. We need to orient ourselves in the ongoing story of our lives by (as it were) writing its next few paragraphs.

We should do some anticipatory thinking as well. On another sheet of paper, we should write down ‘what is coming up.’ With some of the same patience as a parent taking a child through what it will need to do at school the next day (as has already been well established, we need to be better parents to our selves), we should anticipate the challenges ahead: what time we’ll need to order the taxi, how we’ll need to schedule some calls, what it might feel like to have a grim conversation with a colleague. Experiences lose at least half of their power to unnerve us when we have gone through them in our minds the day before.

Of course, it might be pleasant to be extraordinary, famous and world-beating, but maybe it will be an even greater achievement to stay sane and kind. We might opt not to conquer the world in favour of living a longer, and more serene life. We are not backing away from a challenge, we’re simply shifting our sense of what the real challenge might be – and more importantly where the real rewards may lie. A quiet life isn’t necessarily one of resignation or flight, it may constitute a supremely wise recognition that the truly satisfying things are available away from the spotlight and the big cities, on modest salaries and as far as possible from the manic, sleepless competition to ‘win’ the professional status race.

It would be deeply helpful if we could be calm whatever the view was like or however our room was decorated. But we are, as we’re establishing, far more sensitive than that. Just as it may help a baby if it’s room is a gentle shade of lilac, so too it will help our inner state immeasurably if there are very few objects in our visual field and if the ones that are there are in visual harmony (ideally with some bilateral symmetry and repetition of forms).

The visual world can’t magically translate itself into a mood; but it can certainly foster and invite one. We need to take every step we can to make a home in the sort of environment that promises at a visual level the calm we crave at a psychological one.

As we’re discovering, excitement is fun for a time; but it also kills. Simplicity is true wisdom; we need more naps. 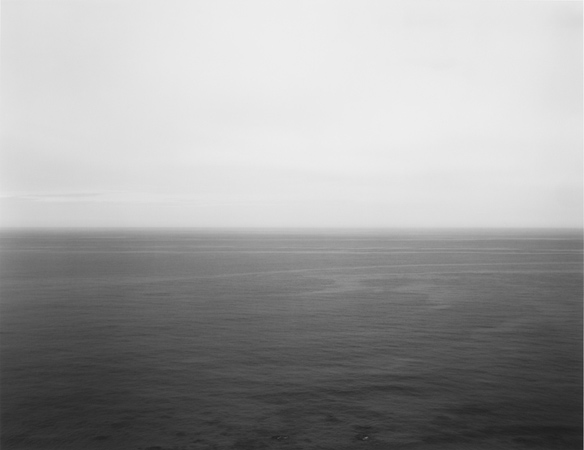 The Seven Most Calming Works of Art in the World

Art has never been mere entertainment. Alongside philosophy and religion, it has been humanity’s chief source of consolation. It is what we should turn to in our very worst moments. Here…

How Mental Illness Impacts Our Bodies

The Body Keeps the Score is the beautiful and suggestive title of a book published in 2014 by a Dutch professor of psychiatry at Boston University called Bessel van der Kolk.…