How the Media Damages Our Faith in Humanity

For most of history, however disappointed you might have been with people close to home, with your own hurtful family or maddening colleagues, you were at least able to hold on to a broader faith to tide one over the moments of despair: you could keep believing in humanity as a whole, in human beings in general, as opposed to this or that flawed, irritating or nasty local example. You could look over a large crowd celebrating a national event and – without knowing any of them in detail – could feel a warm and broad assurance that among these cheering neatly turned out people, there were sure to be plenty of sincere and kindly souls. You could be certain that for all of your frustrations and let-downs, you dwelt among fundamentally decent types, that even if you were very angry with your mother or full of resentment against the foreman, there was solace to be found in your nation and its peoples.

Yet patriotism and a benevolent sense of community are ultimately based on the privilege of not knowing too many of our fellow citizens very well. The closer we come to understanding anyone’s real nature, the greater the risks of disappointment. Our own family and work colleagues aren’t exceptionally awful; we simply know them uncommonly well.

Unfortunately for our powers of endurance, modern technology has done us one incalculable disservice: it has introduced us to one another on a global scale. There are no ‘strangers’ any longer, there are simply billions of people one can peer in on via their social media accounts and who are ready to introduce us to their ideas, their puppies, their relatives – and, along the way, their prejudices, their blind spots, their conspiracy theories, and their dispiriting enthusiasms for rage and cruelty.

It is the particular curse of our times that we can read the diaries and streams of consciousness of everyone on the planet. We can see them lining up to punch anyone who is down; displaying obtuseness around views they don’t agree with; painting their ideological enemies in unforgiving colours; caricaturing, envying and resenting; acting sanctimoniously around every transgression; behaving as if they were flawless; leaving us certain that if ever we needed help or sympathy, we wouldn’t get it.

We may be saddened but we shouldn’t be surprised by what we have learnt. The broad ranks of humanity have been educated by the most influential force in society for a century or more; they are the dutiful pupils of the mass media. They have been carefully taught to hate and to misunderstand, to gossip and to resent, to attack and to slander – and now do so with enthusiasm and predictability.

But this genealogy also offers us a route back to hope. People aren’t cruel to begin with and they aren’t inevitably committed to remaining so. They are – more than anything – malleable; and they have been schooled in the very wrong ways. Yet they could one day take inspiration from other, better sources were these to be offered to them. There might eventually be as much kindness at large as there is currently viciousness or lack of empathy, were the role models and public messages to alter. The digital citizen armies don’t really want to drive others to kill themselves. As a wise and pained observer realised long ago, they simply know not what they do.

What's Wrong with the Media

We are likely to have grown up thinking that the mainstream media was our friend. The common sense, natural judge of everything that matters and is important and a reliable guide… 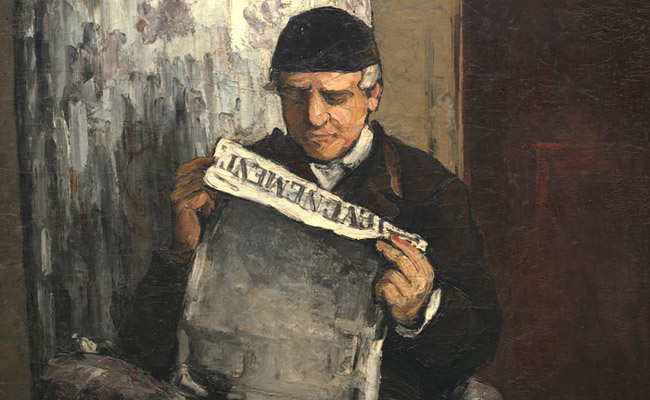 In their more serious moods, news organisations tell us they want to explain the world to us. And that often means talking about money. There’s certainly a lot of information about…