We tend to imagine that it must be within the context of a close and long-term sexual relationship that people are best placed to understand one another and reveal who they truly are without inhibition or fear. Bodily intimacy combined with a long-term commitment must, we expect, provide the ideal conditions in which to be – at last – fully ourselves.

But this is to overlook how much fear of loss accompanies us in relationships and can work against our ability bravely to show a lover our entire and at times daunting complexity. We may wish to be known but we have other, no less pressing priorities: we also want to impress, to secure esteem and to maintain a suggestion of competence and moral stature which we will need to assert ourselves in the inevitable tussles and bargains of a close-knit domestic life. Faced with a choice between honesty and respectability, many of us will quietly, and with no especially devious wish to deceive, chose the latter; it may simply be more than it is worth to parade our uncensored reality in front of someone we will have to face every morning and negotiate with on how to decorate the sofa and spend the upcoming holidays.

In the process, we miss out on an exchange of information that is vital to our sense of feeling understood and accepted and that we may only properly be able to share in that other, and according to our unfair Romantic culture, far lesser mode of relating: friendship. Here, because we are not attempting to possess someone over the long-term, because we don’t seek to own or to control, we can take greater risks in what we disclose. We can dare to be a little more shocking and courageous. We can privilege an intellectually honest exchange over the demands of running an efficient household and (perhaps) nursery. We don’t so badly need to appease the other’s vanity, self-love or fear. We can put less obstacles in the way of truth; friendship finds us unusually ready to say who we are and learn in turn who is in front of us – rather than subtly coercing another into being the sort of person it would, in the short-term, be so convenient for us if they were.

We thereby learn a lot about human nature. For example, that another person’s mind may be a great deal more sexually vagabond and imaginative than society’s official narrative expects it to be. In the midst of a workplace meeting or a family gathering, an outwardly highly serious and decent person may be mentally rehearsing scenarios of extreme explicitness while outwardly facing the world with an aura of unsullied and monogamous innocence. They might have clocked the waiter’s butt in the restaurant, mentally undressed the airplane’s first officer and dreamt of tying up and shouting obscenities at the secondary school swimming instructor – none of which neatly fits into our ideas of what a middle aged mother with a high powered role in the legal profession might predictably be thinking.

Or we might learn that someone had a far weaker interest in sex than might have been expected, that they harboured a greater wish for cuddles and hand-holding and were more than a little scared of any overt demands for sexual performance or domination – which might not fit one’s model of what a young male athlete would most logically desire.

There comes a moment in most relationships when we face a choice between honesty and caution, and for the most part, we play the good boy or girl, we prefer not to flout the expectations that have brought a deeply desirable new person into our lives. It makes immediate sense but it stores up enormous problems for us over time in terms of numbness, inauthenticity and low level depression. We may win the regard of a partner, but at the cost of having a chance to feel real.

The true promise of love is not merely to be well thought of by someone else, but first and foremost, it is of being understood – and then treated with generosity and tenderness in the face of the full strangeness of who we may be. With this in mind, we should import into our sexual relationships some of the beautiful honesty that attends the best friendships – and we should do this by letting go of some of the fear of abandonment that holds us back, secure in the knowledge that it is ultimately always a great deal better to be alone or in the company of kind, supportive and curious friends than it is to be granted brittle love or outward admiration in return for being somebody one should never have been so craven as to imply that we could be. 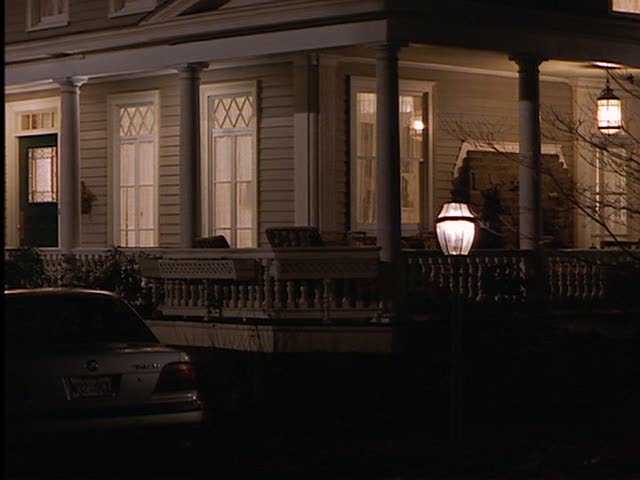 We normally imagine that we are in a fit state to receive our friends when we have, finally, cleared away most of what we normally are: when we’ve hidden away the…

How Often Do We Need to Go to Parties?

One of the major reasons why our lives are busier than they might be is that we come under immense pressures to ‘go out’, usually in the evening, typically to one…