1. Does Life Have Any Meaning?

To wonder too insistently what ‘the meaning of life‘ might be marks you out as being somewhat heavy, weird or just naïve.

People nowadays often say – sometimes in a sad way, other times more aggressively and cynically – that ‘life just has no meaning.’

Two reasons are often cited for this. The first has to do with religion. Once upon a time, so the story goes, life had a clear meaning given to us by God: it was about worshiping Him and living according to His dictates. But as religious belief has declined, not only has god supposedly died, but along with him, the meaning he once guaranteed.

Modern science is the second cause of the current crisis of meaning. Scientists tell us that existence, which emerged from a random interplay of chemicals and gases, does have meaning, but it’s of a rather bleak, relentless and narrow sort: for humans – as for all other living things (like amoeba) – the meaning of life is survival and the propagation of one’s genetic material. It sounds very true and at the same time, distinctly futile and melancholy.

Here we want to argue as follows: to wonder about the meaning of life is an extremely important activity, life does have substantial meaning – and there are, in fact, a range of practical steps we can take to ensure we end up leading lives of maximal meaningfulness.

We should start by saying that there is no meaning in life outside of that which we can find by ourselves as a species. There isn’t any kind of objective meaning written in the stars, in a holy book or in sequences of DNA.

What seems to prompt people to complain that life lacks meaning are particular varieties of unhappiness. Let’s consider some central examples:

2. The Three Pillars of Meaning

Meaning is to be found in three activities in particular: Communication, Understanding and Service.

Let’s look at communication first. We are, by nature, isolated creatures and it appears that some of our most meaningful moments are to do with instances of connection: with a lover, for example, when we reveal our intimate physical and psychological selves, or when we form friendships where substantial truths about our respective lives can be shared. Or on a journey to a new country, when we strike up a conversation with a stranger and feel a thrilling sense of victory over linguistic and cultural barriers. Or when we are touched by books, songs, and films that put their fingers on emotions that are deeply our own but that we had never witnessed externalised so clearly or beautifully before.

Then there’s the meaning that emerges via understanding. This is about the pleasure that can be felt whenever we correct confusion and puzzlement about ourselves or the world. We might be scientific researchers, or economists, poets or patients in psychotherapy; the pleasure of our activities stems from a common ability to map and make sense of what was once painfully unfamiliar and strange.

Thirdly, there’s service. One of the most meaningful things we can do is to serve other people, to try to improve their lives, either by alleviating sources of suffering or else by generating new sources of pleasure. So we might be working as cardiac surgeons and aware every day of the meaning of our jobs or else be in a company that’s making a modest but real difference to people’s lives by helping them get a better night’s sleep, finding their keys or thrilling them aesthetically with elegant furniture or harmonious tunes. Or else our service might be to friends or our own families, or perhaps the earth itself. We’re often told to think of ourselves as inherently selfish. But some of the most meaningful moments come when we transcend our egos and put ourselves at the service of others – or the planet. One should add that in order for service to feel meaningful, it has to be in synch with our native, sincere interests. Not everyone will find medicine or social work, ballet or graphic design meaningful. It’s a case of knowing enough about ourselves to find our particular path to service.

Armed with such ideas, we can move towards defining nothing less than the meaning of life. The meaning of life is to pursue human flourishing through communication, understanding and service.

In order to have meaningful lives, we can also see that certain things will need to be in play.

We also need to have a culture conducive to fostering an understanding of oneself and the world. The enemies of this include being surrounded by mass media that throws out chaotic information or an academic environment that promotes dead, sterile investigations.

And lastly we need to have good work, which means a world filled with businesses and organisations geared towards not just profit, but the assistance and genuine improvement of human kind. In addition, we need to help people to discover their own particular inner ‘tune’ that they can put into their work, so that people aren’t just serving per se, but serving in a way that taps into their heartfelt interests.

There are, sadly, a lot of obstacles to meaningful lives. In the area of communication: it’s things like an over-emphasis on sex, an underplaying of friendship, a lack of neighbourliness or an absence of nourishing culture. It’s also, at an internal level, bugs in one’s emotional software that make one afraid to get close to others.

In the area of understanding, it’s a lack of good media, a suspicion of introspection and psychotherapy, and a pompous and disconnected academic world.

And in the area of service, it’s an over-exaggerated concern for money in individuals and companies that puts the focus on financial gain over the genuine needs of others. It’s overly large systems in which the individual is lost and can’t see the impact of his or her work. And internally, it might be about an inner timidity, snobbery or a follow-the-herd mentality, which prevents one from properly getting to know oneself and one’s authentic talents.

To build a more meaningful world, we have to place the emphasis on emotional education, on community, on a culture of introspection and on a more honest kind of capitalism.

We may not have meaningful lives yet, but it’s central to affirm that the concept of a meaningful life is eminently plausible – and that it comprises elements that can be clearly named and gradually fought for.

For all of them, it started much as it will for you: a strangely persistent itch at the back of the head, a discomfort on the left side, a lump fingered…

Why does being ‘a good person’ have such a bad name? In the modern world, the idea of trying to be good or kind conjures up all sorts of negative associations:… 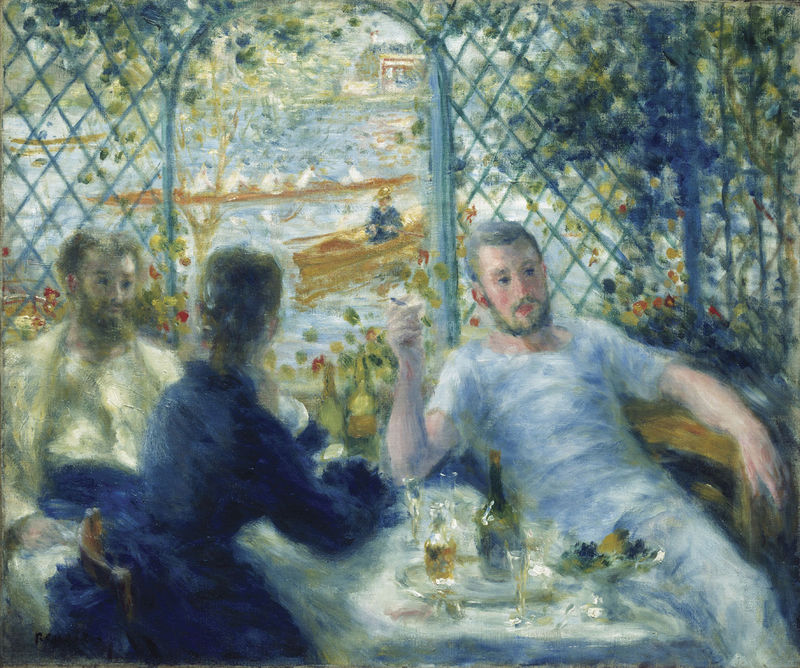 It sounds like a very mean and undemocratic thought, trading off the peculiar glamour that isolation has in a Romantic culture – in order to gain an oblique sense of superiority…