Arthur Schopenhauer was a German 19th-century philosopher, who deserves to be remembered today for the insights contained in his great work: The World as Will and Representation.

Schopenhauer was the first serious Western philosopher to get interested in Buddhism – and his thought can best be read as a Western interpretation of, and response to, the enlightened pessimism found in Buddhist thought.

‘In my 17th year,’ he wrote in an autobiographical text, ‘I was gripped by the misery of life, as Buddha had been in his youth when he saw sickness, old age, pain and death. The truth was that this world could not have been the work of an all loving Being, but rather that of a devil, who had brought creatures into existence in order to delight in their sufferings.’ And like the Buddha, it was his goal to dissect and then come up with a solution to this suffering.

It is chiefly the fault of universities that Schopenhauer is taught in such an academic way that it has stopped him from being widely known, read and followed. And yet in truth, this is a man who – no less than the Buddha – deserves disciples, schools, art-works and monasteries to put his ideas into practice.

Schopenhauer’s philosophy starts by giving a name to a primary force within us which he says is more powerful than anything else – our reason, logic or moral sense: and which he terms The Will-to-Life. The Will-to-Life is a constant force which makes us thrust ourselves forward, cling to existence and look to our own advantage. It’s blind, dumb and very insistent. What the Will-to-Life makes us focus on most of all is sex. From adolescence onwards, this Will thrums within us, turns our heads constantly to erotic scenarios and makes us do very odd things – the oddest of which is fall in love.

Schopenhauer was very respectful of love, as one might be towards a hurricane or a tiger. He deeply resented the disruption caused to intelligent people by infatuations – or what we’d call crushes – but he refused to conceive of these as either disproportionate or accidental. In his eyes, love is connected to the most important (and miserable) underlying project of the Will-to-Life and hence of all our lives: having children.

“Why all this noise and fuss about love? Why all the urgency, uproar, anguish and exertion?” he asked. “Because the ultimate aim of all love-affairs… is actually more important than all other aims in anyone’s life; and therefore it is quite worthy of the profound seriousness with which everyone pursues it.”

The romantic dominates life because “what is decided by it is nothing less than the composition of the next generation…the existence and special constitution of the human race in times to come.” 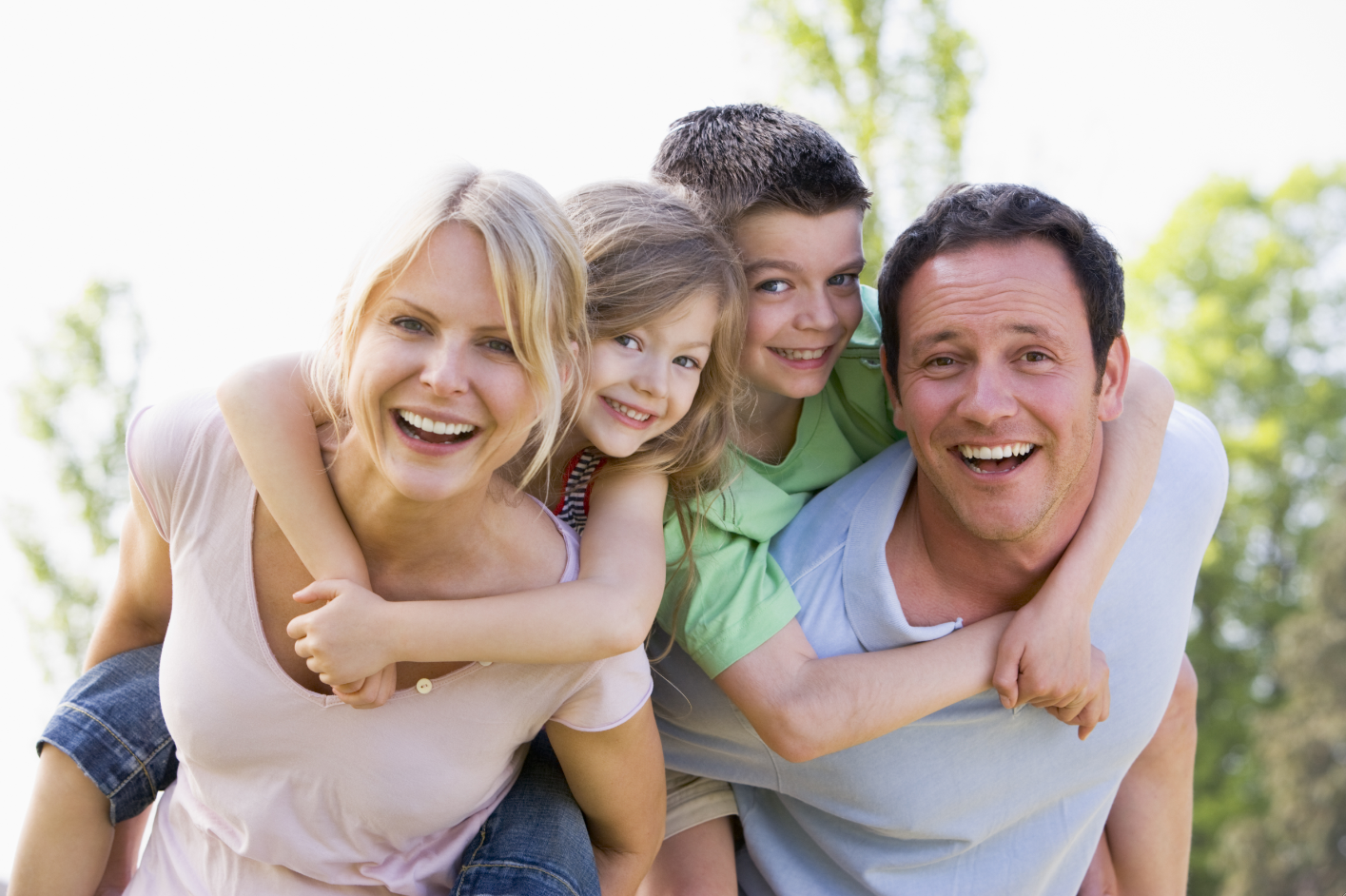 Of course, we rarely think of future children when we are asking someone out on a date. But in Schopenhauer’s view, this is simply because the intellect “remains much excluded from the real resolutions and secret decisions of its own will.”

Why should such deception even be necessary? Because, for Schopenhauer, we would never reliably reproduce unless we first had – quite literally – lost our minds. This was a man deeply opposed to the boredom, routine, expense and sheer sacrifice of having children.

Furthermore, he argued that most of the time, if our intellect were properly in charge of choosing who to fall in love with, we would pick radically different people to the ones we end up with.

An illustration from The Sorrows of Young Werther, a novel about the perils of love by Johann Wolfgang von Goethe, a much-admired acquaintance of Schopenhauer.

But we’re ultimately driven to fall in love not with people we’ll get on with, but with people whom the the Will-to-Life recognises as ideal partners for producing what Schopenhauer bluntly called ‘balanced children.’ All of us are in any case a bit unbalanced, he thought: we’re a bit too masculine, or too feminine, too tall or too short, too rational or too impulsive. If such imbalances were allowed to persist, or were aggravated, in the next generation, the human race would, within a short time, sink into oddity.

The Will-to-Life must therefore push us towards people who can, on account of their compensating imbalances, cancel out our own issues – a large nose combined with a button nose promise a perfect nose. He argued that short people often fall in love with tall people, and more feminine men with more assertive and masculine women.

Unfortunately, this theory of attraction led Schopenhauer to a very bleak conclusion: namely, that a person who is highly suitable for producing a balanced child is almost never (though we cannot realise it at the time because we have been blindfolded by the will-to-life) very suitable for us. “We should not be surprised by marriages between people who would never have been friends: Love…casts itself on people who, apart from sex, would be hateful, contemptible, and even abhorrent to us. But the will of the species is so much more powerful than that of individuals, that lovers overlook everything, misjudge everything, and bind themselves forever to an object of misery.”

The Will-to-Life’s ability to further its own ends rather than our happiness may, Schopenhauer’s theory implies, be sensed with particular clarity in that rather scary, lonely moment just after orgasm: “Directly after copulation the devil’s laughter is heard”.

Watching the human spectacle, Schopenhauer felt deeply sorry for us. We are just like animals – except, because of our greater self-awareness, even more unhappy.

There are some poignant passages where he discusses different animals but dwells especially on the mole: a stunted monstrosity that dwells in damp narrow corridors, rarely sees the light of day and whose offspring look like gelatinous worms – but who still does everything in its power to survive and perpetuate itself.

We’re just like them and just as pitiful: we are driven frantically to push ourselves forward, get good jobs to impress prospective partners, wonder endlessly about finding The One (imagining they’ll make us happy), and are eventually briefly seduced by someone long enough to produce a child, and then have to spend the next 40 years in misery to atone for our error.

Schopenhauer is beautifully and comically gloomy about human nature: “There is only one inborn error, and that is the notion that we exist in order to be happy… So long as we persist in this inborn error… the world seems to us full of contradictions. For at every step, in great things and small, we are bound to experience that the world and life are certainly not arranged for the purpose of being content. That’s why the faces of almost all elderly people are etched with such disappointment.”

Schopenhauer offers two solutions to deal with the problems of existence. The first is for rather rare individuals that he called ‘sages’.

Sages are able, by heroic efforts, to rise above the demands of the Will-to-Life: they see the natural drives within themselves towards selfishness, sex and vanity… and override them. They overcome their desires, live alone (often away from big cities), never marry and quell their appetites for fame and status.

In Buddhism, Schopenhauer points out, this person is known as a monk – but he recognizes that only a tiny number of us can go in for such a life.

The second and more easily available and realistic option is to spend as long as we can with art and philosophy, whose task is to hold up a mirror to the frenzied efforts and unhappy turmoil created in all of us by the Will-to-Life. We may not be able to quell the Will-to-Life very often, but in the evenings at the theater, or on a walk with a book of poetry, we can step back from the day to day and look at life without illusion.

The art Schopenhauer loved best is the opposite of sentimental: Greek tragedies, the aphorisms of La Rochefoucauld and the political theory of Machiavelli and Hobbes. Such works speak frankly about egoism, suffering, selfishness and the horrors of married life – and extend a tragic, dignified, melancholy sympathy to the human race.

It’s fitting that Schopenhauer’s own work fitted his own description of what philosophy and art should do perfectly. It too is deeply consoling in its morbid bitter pessimism. For example, he tells us:

To marry means to do everything possible to become an object of disgust to each other.

Every life history is the history of suffering.

Life has no intrinsic worth, but is kept in motion merely by want and illusion.

After spending a lot of time trying, yet failing to be famous, and trying, yet failing to have a good relationships, towards the end of his life, Schopenhauer eventually found an audience who adored his writings. He lived quietly in an apartment in Frankfurt with his dog, a white poodle whom he called Atman after the world soul of the Buddhists – but whom the neighbouring children called Mrs Schopenhauer. Shortly before his death, a sculptor made a famous bust of him. He died in 1860 at the age of 72, having achieved calm and serenity.

He is a sage for our own times, someone whose bust should be no less widespread and no less revered than that of the Buddha he so loved.

Georg Wilhelm Friedrich Hegel was born in Stuttgart in 1770. He had a very middle-class existence: he was obsessed by his career path and his income. He was a newspaper editor…

‘Stoicism’ was a philosophy that flourished for some 400 years in Ancient Greece and Rome, gaining widespread support among all classes of society. It had one overwhelming and highly practical ambition:…

There’s a belief that philosophy, when properly done, should sound dense, forbidding, a little confusing, as if it might have been awkwardly translated from the German. But at the dawn of…