In the West, philosophers write long non-fiction books, often using incomprehensible words and limit their involvement with the world to lectures and committee meetings. In the East, and especially in the Zen tradition, philosophers write poems, rake gravel, go on pilgrimages, practice archery, write aphorisms on scrolls, chant and, in the case of one of the very greatest Zen thinkers, Sen no Rikyū, involve themselves in teaching people how to drink tea in consoling and therapeutic ways.

Sen no Rikyū was born in 1522 in the wealthy seaport of Sakai, near present day Osaka. His father, Tanaka Yohyoue, was a warehouse owner who worked in the fish trade and wished his son to join him in business. But Rikyū turned away from commercial life and went in search of wisdom and self-understanding instead. He became fascinated by Zen Buddhism, apprenticed himself to a few Masters and took to a life of wandering the countryside, with few possessions. We remember him today because of the contributions he made to the reform and appreciation of the chanoyu, the Japanese tea ceremony.

The Japanese had been drinking tea since the 9th century, the practice having been imported from China by merchants and monks. The drink was considered healthy as well as calming and spiritual. But it was Rikyū’s achievement to put the tea ceremony on a more rigorous and profound philosophical footing. Thanks to his efforts, which were both practical and intellectual, drinking tea in highly ritualised and thoughtful ways, in particular buildings which he helped to design, became an integral part of Zen Buddhist practice; as central to this spiritual philosophy as poetry or meditation.

The Japan of his era had grown image-conscious and money-focused. Rikyū promoted an alternative set of values which he termed wabi-sabi — a compound word combining wabi, or simplicity, with sabi, an appreciation of the imperfect. Across fields ranging from architecture to interior design, philosophy to literature, Rikyū awakened in the Japanese a taste for the pared down and the authentic, for the undecorated and the humble.

His particular focus was the tea ceremony, which Rikyū believed to hold a superlative potential to promote wabi-sabi. He made a number of changes to the rituals and aesthetics of the ceremony. He began by revolutionising the space in which the tea ceremony was held. It had grown common for wealthy people to build extremely elaborate teahouses in prominent public places, where they served as venues for worldly gatherings and displays of status. Rikyū now argued that the teahouse should be shrunk to a mere two metres square, that it should be tucked away in secluded gardens and that its door should be made deliberately a little too small, so that all who came into it, even the mightiest, would have to bow and feel equal to others. The idea was to create a barrier between the teahouse and the world outside. The very path to the teahouse was to pass around trees and stones, to create a meander that would help break ties with the ordinary realm.

Properly performed, a tea ceremony was meant to promote what Rikyū termed “wa” or harmony, which would emerge as participants rediscovered their connections to nature: in their garden hut, smelling of unvarnished wood, moss and tea leaves, they would be able to feel the wind and hear birds outside – and feel at one with the non-human sphere. Then might come an emotion known as “kei” or ‘sympathy’, the fruit of sitting in a confined space with others, and being able to converse with them free of the pressures and artifice of the social world. A successful ceremony was to leave its participants with a feeling of “jaku” or ‘tranquillity’, one of the most central concepts in Rikyū’s gentle, calming philosophy.

Rikyū’s prescriptions for the ceremony extended to the instruments employed. He argued that tea ceremonies shouldn’t henceforth rely on expensive or conventionally beautiful cups or teapots. He liked worn bamboo tea scoops that made a virtue of their age. Because in Zen philosophy, everything is impermanent, imperfect and incomplete, objects which are themselves marked by time and haphazard marks can, suggested Rikyū, embody a distinct wisdom and promote it in their users.

Bamboo glass made by Rikyū himself

It was one of Rikyū’s achievements to take an act which in the West is one of the most routine and unremarkable activities and imbue it with a solemnity and depth of meaning akin to a Catholic Mass. Every aspect of the tea ceremony, from the patient boiling of the water to the measuring out of green tea powder, was coherently related to Zen’s philosophical tenets about the importance of humility, the need to sympathise with and respect nature and the sense of the importance of the transient nature of existence.

It’s open ended where this approach to everyday life might go. It leaves open the possibility that many actions and daily habits might, with sufficient creative imagination, become similarly elevated, important and rewarding in our lives. The point isn’t so much that we should take part in tea ceremonies, rather that we should make aspects of our everyday spiritual lives more tangible by allying certain materials and sensuous rituals.

Rikyū reminds us that there is a latent sympathy between big ideas about life and the little everyday things, such as certain drinks, cups, implements and smells. These are not cut off from the big themes; they can make those themes more alive for us. It is the task of philosophy not just to formulate ideas, but also to work out mechanisms by which they may stick more firmly and viscerally in our minds.

We know very little for certain about the life of the Chinese philosopher Confucius (a westernised version of his name, which means ‘Master Kong’). He is said to have been born…

In the West, we have a vague sense that poetry is good for our ‘souls’, making us sensitive and wiser. Yet we don’t always know how this should work. Poetry has… 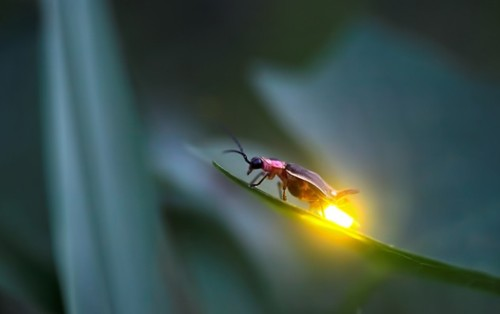