Why We Should Try to Become Better Narcissists

Accusing someone of narcissism has become one of the great and tempting insults of our age. It is what we are inclined to label anyone who appears overweening, boastful, entitled or excessively pleased with their own existence.

But it’s possible to wonder whether the word really fits the conceited and bombastic types we’ve grown used to applying it to – and, a larger point, whether we’re really understanding, and therefore correctly addressing, the origins of the regrettable behaviour to which it refers.

Behind our enthusiastic use of the term lies an implicit theory of human nature: that people seek undue attention for themselves, grow pretentious and inclined to bombast when – at heart – they feel an extraordinary love for who they are. It is their hugely high estimation of themselves, combined with their robust pride in everything they are and do, that is at the root of their tendencies to talk up their own achievements and to try to secure the admiration of strangers.

But, on closer examination, it seems that the agitation and peacock displays cannot really stem from a feeling of being perfectly and requitedly enamoured of oneself. Those whom we loosely call narcissists can’t actually think so well of themselves; they boast and show off because they can’t find a way of being sufficiently content with who they really are – and are driven on by a manic, haunting terror of their own invisibility and mediocrity. The behaviours we associate with narcissism – the vanity, the greed, the lies – aren’t symptoms of self-love, they are proof of its dangerous, tragic absence. 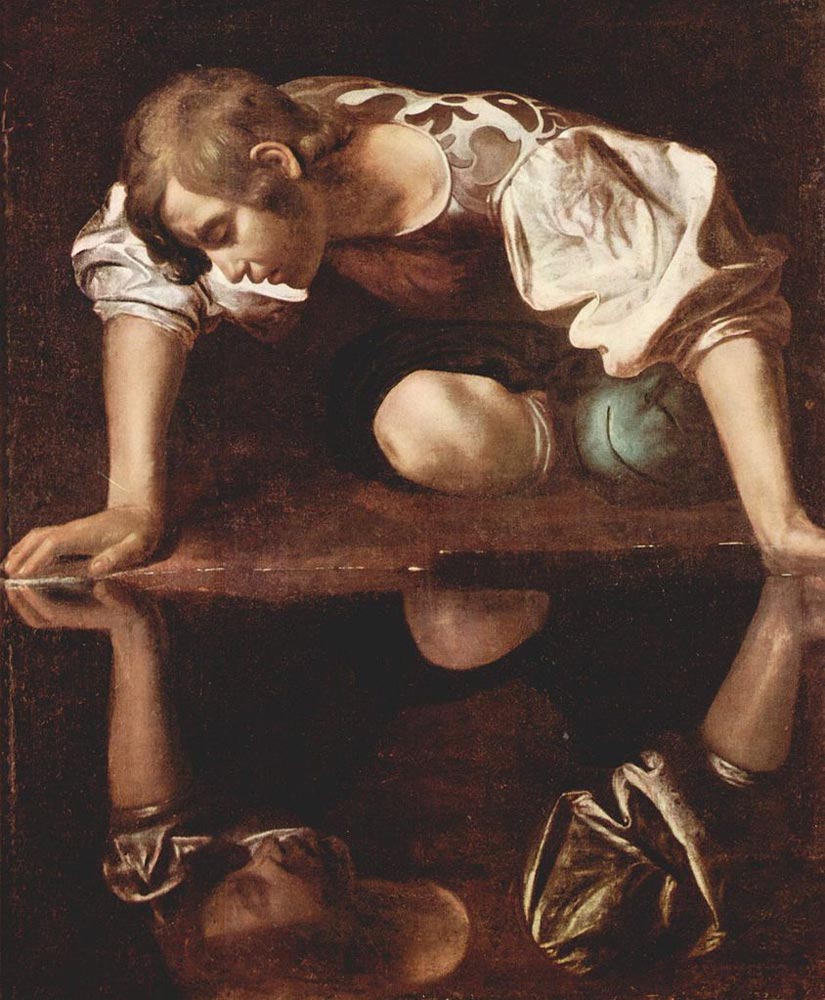 Let’s recall the original Greek myth from where the word descends. Narcissus was a hunter from central Greece, the son of the river god Cephissus and the nymph Liriope. He had long flowing locks, deep blue eyes, unblemished skin and full enchanting lips. One day, as he walked past a quiet pool of water, he caught sight of his own reflection, failed to recognise himself and was entranced with the image. He had never seen anyone quite so enchanting – and could not stop falling profoundly in love with himself, the most admirable and bewitching being he had ever spotted.

Framed like this, narcissism sounds absurd. But derogatory remarks make us lose sight of the genuine benefits of having been able, when young, under the tutelage of kindly caregivers, properly to admire oneself without reserve, to have been allowed to strut and sing and feel utterly home in one’s own skin and, for a time, delight amply in the sheer wondrousness of one’s existence. There might be such a thing as good narcissism: a phase of coming to love oneself that is the precondition for knowing how to love others.

Most of the problems of the world are created by people who cannot inwardly believe in their own worth; those who grew up with a searing hatred and shame about who they were – and who now cannot stop insistently claiming an attention of which they were once deprived. One has to despise oneself really rather a lot before it ever seems like a good idea to devote one’s life to trying to prove valuable in the eyes of complete strangers.

By contrast, the really self-contented ones among us are those who have no burning need for adulation and know how to draw quiet satisfaction from nothing more than their own unadorned, ordinary being.

We should want to build a world not where there are fewer people who have loved themselves but where there are many more, a world richer in what we can term healthy narcissism. We will be modest and self-effacing, ready to be quietly interested in and attentive to others, happy to forego baubles and manic acclaim, when we’ve had a chance to gaze at our reflection awhile and think it really pretty nice – nice enough for us to go out and start generously to spread kindness and selflessness to those around us.

The Inner Voice Somewhere in our minds, removed from the day to day, there sits a judge. They watch what we do, study how we perform, examine the effect we have…

It is a quirk of our minds that not every emotion we carry is fully acknowledged, understood or even truly felt. There are feelings that exist in an ‘unprocessed’ form within…

The outcome of any concerted attempt of self-knowledge could be presumed to be a deep understanding of ourselves. But strangely, the real outcome is really rather different. It appears that the…