Camus and The Plague

In January 1941, the twenty-eight year old French writer Albert Camus began work on a novel about a virus that spreads uncontrollably from animals to humans and ends up destroying half the population of a representative modern town. It was called La Peste/The Plague, eventually published in 1947 and frequently described as the greatest European novel of the postwar period.

The book – written in sparse, haunting prose – takes us through a catastrophic outbreak of a contagious disease in the lightly fictionalised town of Oran on the Algerian coast, as seen through the eyes of the novel’s hero, a Doctor Rieux, a version of Camus himself.

As the novel opens, an air of eerie normality reigns. ‘Oran is an ordinary town,’ writes Camus, ‘nothing more than a French Prefecture on the coast of Algeria.’ The inhabitants lead busy money-centered and denatured lives; they barely notice that they are alive. Then, with the pacing of a thriller, the horror begins. Dr Rieux comes across a dead rat. Then another and another. Soon the town is overrun with the mysterious deaths of thousands of rats, who stumble out of their hiding places in a daze, let out a drop of blood from their noses and expire.

The inhabitants accuse the authorities of not acting fast enough. The rats are removed – and the town heaves a sigh of relief but Dr Rieux suspects that this is not the end. He has read enough about the structure of plagues and transmissions from animals to humans to know that something is afoot.

Soon an epidemic seizes Oran, the disease transmitting itself from citizen to citizen, spreading panic and horror in every street. In order to write the book, Camus immersed himself in the history of plagues. He read books on the Black Death that killed 50 million people in Europe in the 14th century; the Italian plague of 1629 that killed 280,000 people across the plains of Lombardy and the Veneto, the great plague of London of 1665 as well as plagues that ravaged cities on China’s eastern seaboard during the 18th and 19th centuries. In March 1942, Camus told the writer André Malraux that he wanted to understand what plague meant for humanity: ‘Said like that it might sound strange,’ he added, ‘but this subject seems so natural to me.’

Camus was not writing about one plague in particular, nor was this narrowly, as has sometimes been suggested, a metaphoric tale about the recent Nazi occupation of France. Camus was drawn to his theme because, in his philosophy, we are all – unbeknownst to us – already living through a plague: that is a widespread, silent, invisible disease that may kill any of us at any time and destroy the lives we assumed were solid. The actual historical incidents we call plagues are merely concentrations of a universal precondition, they are dramatic instances of a perpetual rule: that we are vulnerable to being randomly exterminated, by a bacillus, an accident or the actions of our fellow humans. Our exposure to plague is at the heart of Camus’s view that our lives are fundamentally on the edge of what he termed ‘the absurd’.

Proper recognition of this absurdity should not lead us to despair pure and simple. It should – rightly understood – be the start of a redemptive tragi-comic perspective. Like the people of Oran before the plague, we assume that we have been granted immortality and with this naivety come behaviours that Camus abhorred: a hardness of heart, an obsession with status, a refusal of joy and gratitude, a tendency to moralise and judge.

The people of Oran associate plague with something backward that belongs to another age. They are modern people with phones, trams, aeroplanes and newspapers. They are surely not going to die like the wretches of 17th century London or 18th century Canton.

‘It’s impossible it should be the plague, everyone knows it has vanished from the West,’ says one character. ‘Yes, everyone knew that,’ Camus adds sardonically, ‘except the dead.’

For Camus, when it comes to dying, there is no progress in history, there is no escape from our frailty; being alive always was and will always remain an emergency, as one might put it, truly an inescapable ‘underlying condition’.

Plague or no plague, there is always – as it were – the plague, if what we mean by this is a susceptibility to sudden death, an event that can render our lives instantaneously meaningless.

And yet still the citizens deny their fate. Even when a quarter of the city is dying, they keep imagining reasons why the problem won’t happen to them. The book isn’t attempting to panic us, because panic suggests a response to a dangerous but short term condition from which we can eventually find safety. But there can never be safety – and that is why for Camus we need to love our fellow damned humans and work without hope or despair for the amelioration of suffering. Life is a hospice, never a hospital.

Camus writes: ‘Pestilence is so common, there have been as many plagues in the world as there have been wars, yet plagues and wars always find people equally unprepared. When war breaks out people say: ‘It won’t last, it’s too stupid.’ And war is certainly too stupid, but that doesn’t prevent it from lasting. The citizens of Oran were like the rest of the world, they were humanists: they did not believe in pestilence. A pestilence does not have human dimensions, so people tell themselves that it is unreal, that it is a bad dream which will end. The people of our town were no more guilty than anyone else, they merely forgot to be modest and thought that everything was still possible for them, which implied that pestilence was impossible. They continued with business, with making arrangements for travel and holding opinions. Why should they have thought about the plague, which negates the future, negates journeys and debate? They considered themselves free and no one will ever be free as long as there is plague, pestilence and famine.’

At the height of the plague, when five hundred people a week are dying, one of Camus’s particular enemies in the novel steps into a view, a Catholic priest called Paneloux. He gives a sermon to the city in the cathedral of the main square – and seeks to explain the plague as god’s punishment for depravity.

But Camus’s hero Dr Rieux loathes this approach. The plague is not a punishment for anything deserved. That would be to imagine that the universe was moral or had some sort of design to it. But Dr Rieux watches a young innocent child die in his hospital and knows better: suffering is entirely randomly distributed, it makes no sense, it is no ethical force, it is simply absurd and that is the kindest thing one can say of it.

The doctor works tirelessly against death, he tries to lessen the suffering of those around him. But he is no saint. In one of the most central lines of the book, Camus writes: ‘This whole thing is not about heroism. It’s about decency. It may seem a ridiculous idea, but the only way to fight the plague is with decency.’ A character asks Rieux what decency is. Doctor Rieux’s response is as clipped as it is eloquent: ‘In general, I can’t say, but in my case I know that it consists in doing my job.’

Despite the horror, Camus (who in an earlier essay had compared humanity to the wretched character of Sisyphus but then asked us to imagine Sisyphus ‘happy’) maintains a characteristically keen sense of what makes life worth enduring. His Doctor Rieux appreciates dancing, love and nature; he is hugely sensitive to the smell of flowers, to the colours at sunset and – like Camus – adores swimming in the sea, slipping out after an evening on the wards to surrender himself to the reassuring immensity of the waves.

Eventually, after more than a year, the plague ebbs away. The townspeople celebrate, it is apparently the end of suffering. Normality can return. But this is not how Camus sees it. Doctor Rieux may have helped to defeat this particular outbreak of the plague but he knows there will always be others: ‘Rieux knew that this chronicle could not be a story of definitive victory. It could only be the record of what had to be done and what, no doubt, would have to be done again, against this terror… As he listened to the cries of joy that rose above the town, Rieux recalled that this joy was always under threat. He knew that this happy crowd was unaware of something that one reads in books, which is that the plague bacillus never dies or vanishes entirely, that it remains dormant for dozens of years, that it waits patiently in bedrooms, cellars, trunks, handkerchiefs and old papers, and that the day will come when…the plague will once again rouse its rats and send them to die in some new well-contented city.’

Camus speaks to us in our own times not because he was a magical seer who could intimate what the best epidemiologists could not, but because he correctly sized up human nature and knew about a fundamental and absurd vulnerability in us that we cannot usually bear to remember. In the words of one of his characters, Camus knew, as we do not, that ‘everyone has inside it himself this plague, because no one in the world, no one, can ever be immune.’ 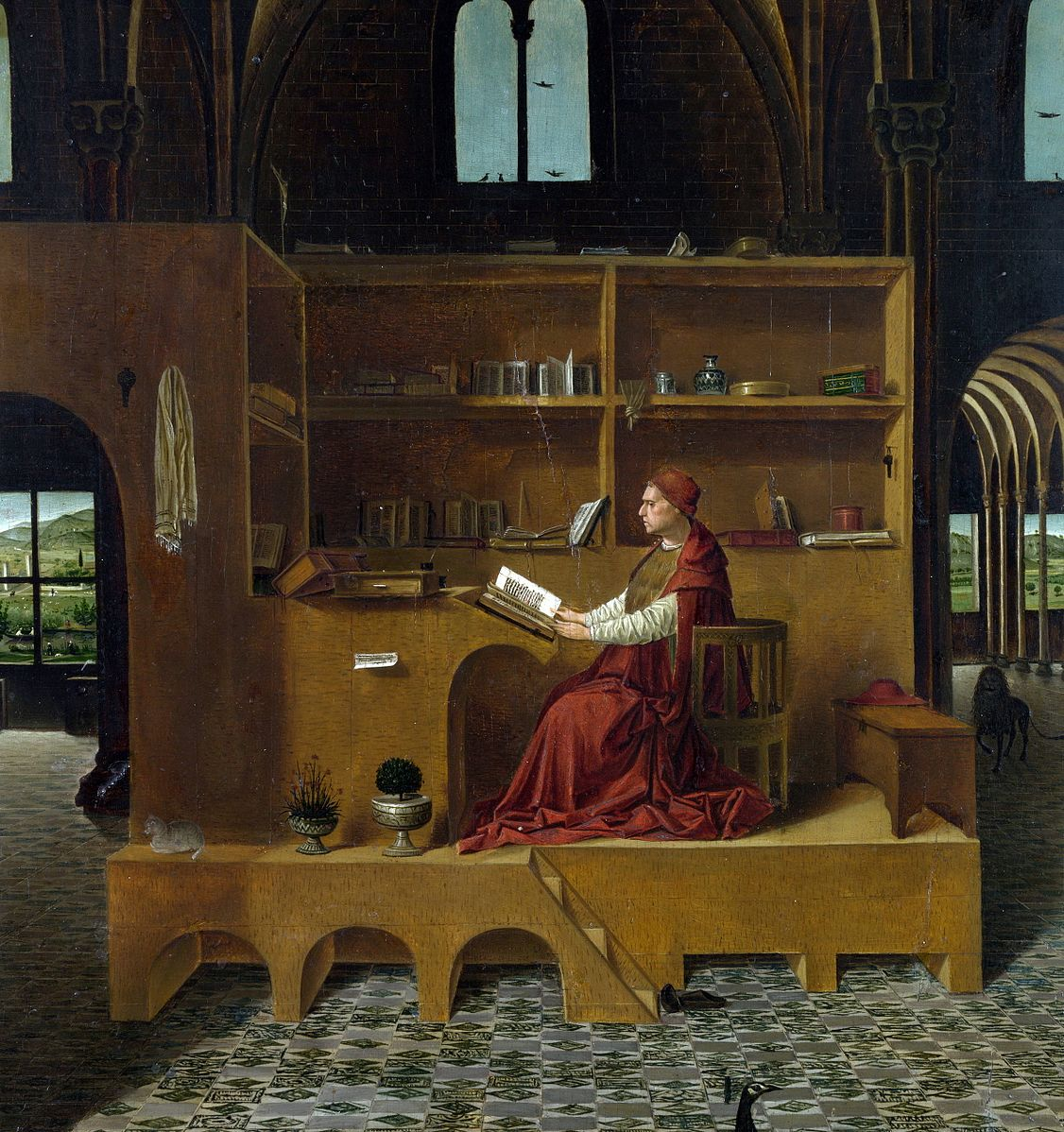 How to Read Fewer Books

The modern world firmly equates the intelligent person with the well-read person. Reading books, a lot of books, is the hallmark of brilliance as well as the supreme gateway to prestige…

Gustave Flaubert was a great French 19th-century (1821-1880) novelist who deserves our love and sympathy; as much for what he wrote as who he was. We can admire him for four…

Marcel Proust was an early 20th-century French writer responsible for what is officially the longest novel in the world: À la recherche du temps perdu – which has 1,267,069 words in it; double…