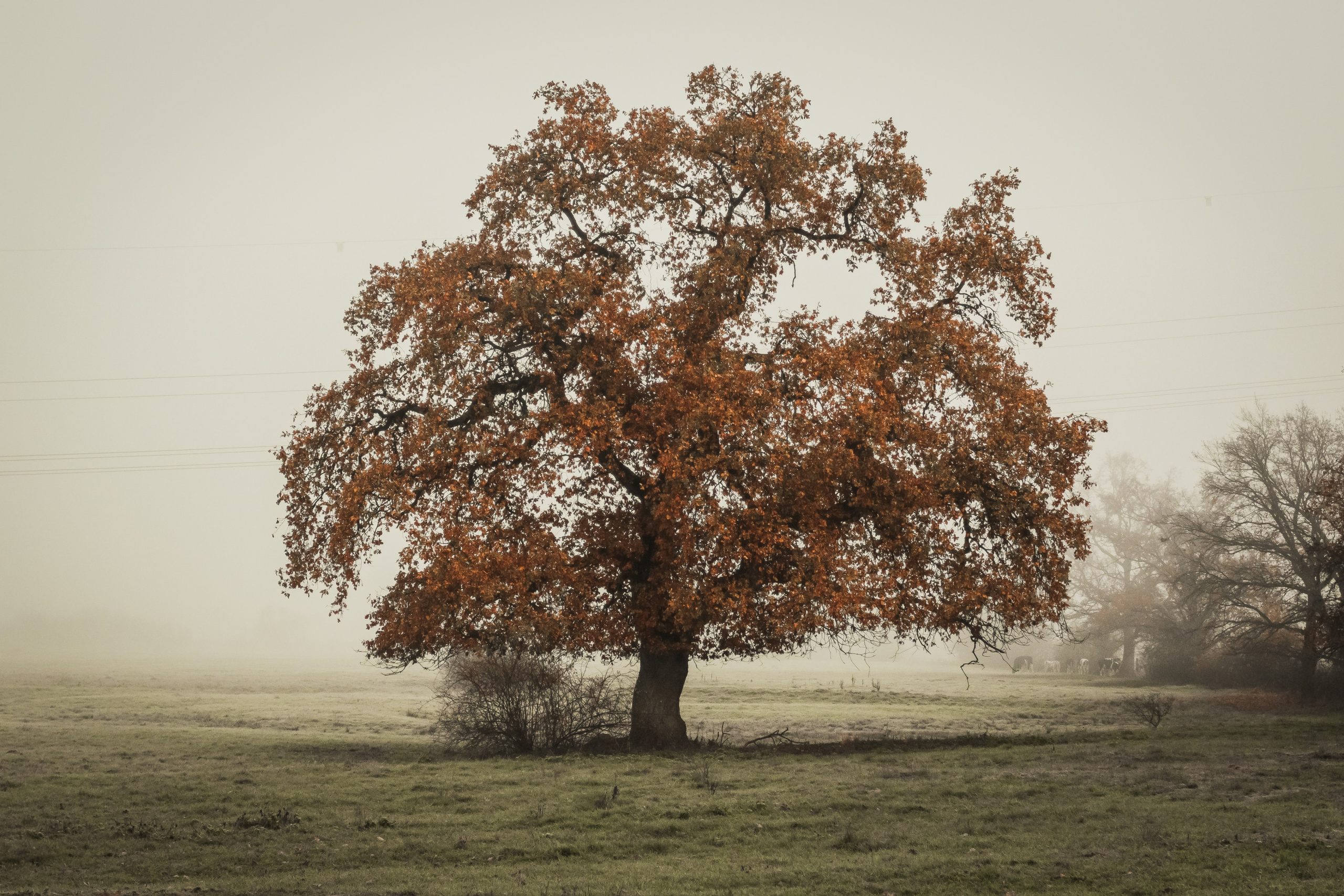 Take a walk through any market town or city in the UK and there’s a strong chance that you will stumble across a pub called The Royal Oak. There are over 400 such establishments across the country. Each takes its name from the moment in history that supposedly saw King Charles II flee, defeated, from the Battle of Worcester during the English Civil War. With hundreds of Roundhead soldiers searching the nearby terrain, he evaded capture by hiding within a pollarded tree.

The name’s popularity speaks to a certain element of British culture: a love of tradition, the desire to preserve eccentric details of history and, of course, a clear Royalist favour. But there is a universal element as well to this tale of an individual seeking refuge in the arms of nature. Wherever one turns in history, the natural world is presented as a place that heals and allows reflection, a place that consoles and inspires. A different realm, perhaps, where the mind is focused and free from distraction.

It’s no coincidence that three of the world’s largest religions can be traced back to a spiritual leader who finds revelation in the great outdoors. Jesus of Nazareth spends 40 days and nights wandering alone through the Judean desert. Muhammad escapes to a cave on Mount Jabal al-Nour to pray, alone, for weeks at a time. The Buddha is said to have travelled to the woods outside Uttar Pradesh to begin his search for enlightenment.

The myths of most nations present the natural world as a place of supernatural power. The epic of Gilgamesh begins with its hero travelling to the Cedar Forest to confront the gods of Mesopotamian myth who were said to dwell there. On the northwestern slope of Mount Fuji, Japan’s Aokigahara forest (sometimes called the Sea of Trees) has long been thought of as a resting place for the souls of the dead.

Our era of scientific study and growing atheism sometimes looks upon such legends as a form of needless superstition. Yet the connection between our inner life and the habitats outside of human control deserves to be explored further. A recent study conducted by the University of Exeter Medical School found that a few hours each week spent in a place of natural beauty could improve people’s health and wellbeing.

It’s not hard to see why woods, beaches and coastlines (or deserts, hillsides and glaciers) are such calming places. The rough edges of nature are subject to a different timespan than human affairs. An oak tree planted in the year of Charles II’s famous escape (1651) would today only be halfway through its natural lifecycle of approximately 600 years. The stresses and anxieties of life have little choice but to dissolve from our minds the more we walk and wander through such landscapes.

Anyone who is struggling to find peace, whose thoughts are preoccupied with business concerns or the nagging anxieties of family life, would be well advised to spend an hour somewhere free from light pollution, where the night’s sky can be gazed upon in all its majesty.

On an evening walk, you look up and see the planets Venus and Jupiter shining in the darkening sky. If the dusk deepens, you might see some stars – the constellation of Orion and many others. It’s a hint of the unimaginable extensions of space across the solar system, the galaxy, the cosmos. They were there, quietly revolving, their light streaming down as spotted hyenas warily eyed a Stone Age village and as Julius Caesar’s triremes set out after midnight to cross the Channel and see the cliffs of
England at dawn.

The sight has a calming effect because none of our troubles, disappointments or hopes are relevant. Everything that happens to us, or that we do, is of no consequence whatever from this celestial point of view.

There are few things so universally experienced in life, and at the same time, so debilitating, than feelings of anxiety. Certain situations seem to provoke it very badly. Lying on…

Cicero, Illinois is a small suburb of Chicago. What was once a distinct township, now swallowed by the urban sprawl of its parent city, is most famous for providing Al…

If one were to conduct an assessment of an average person’s brain – the neurological equivalent, say, of a mid-year performance review – the feedback on offer would be very…