The Excitement of Kissing

Mutual desire is normally signalled by a pretty weird act; two organs otherwise used for eating and speaking are rubbed and pressed against one another with increasing force, accompanied by the secretion of saliva. A tongue normally precisely manipulated to articulate vowel sounds, or to push mashed potato or broccoli to the rear of the palate now moves forward to meet its counterpart, whose tip it might touch in repeated staccato movements.

One would have to carefully explain to an alien visitor from Kepler 9b what is going on. 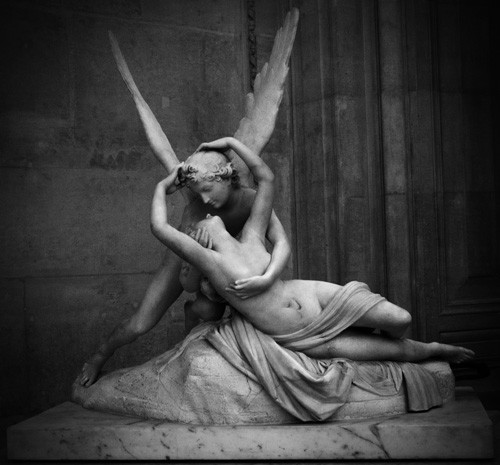 They are not about to bite chunks out of each other’s cheeks, or attempting to inflate another person.

Why is kissing so significant and potentially so exciting?

Sexual excitement is psychological. It’s not so much what our bodies happen to be doing that is getting us so turned on. It’s what’s happening in our brains that matters.

Partly the excitement of kissing is the result of social codes. It’s not purely natural or intrinsic that pinioning your lips to those of another person is so significant. We could imagine a society where it was very important for two people to rub the gap between the index finger and thumb together. You’d thrust forward and get very turned on by the mutual friction of the abductor pollicis transversus muscles. You’d lie awake at night dreaming of doing this to someone, but really unsure about how they would react. The first time you did it would be something you’d remember all your life. The huge meaning of kissing is something we’ve built up by social agreement and its fundamental definition is: I accept you – accept you so much that I will take a big risk with you. It is on this basis that kissing isn’t merely physically nice, but psychologically delightful.

Kissing is exciting because it could so easily be revolting. The inside of a mouth is deeply private. No one usually goes there outside of the dentist. It’s yours alone. The thought of the mouth of someone you don’t like is properly creepy. Ordinarily it would be utterly nauseating to have a stranger poke their tongue into your face; the idea of their saliva lubricating your lips is horrendous. So to allow someone to do these things signals a huge level of acceptance. There’s a special joy of touching someone’s back teeth with your tongue, which has nothing to do with the appeal of licking enamel. All of us suffer from strong feelings of unacceptability and shame; which another’s kiss starts to work on overcoming.

Apart from the public overt person, everyone has a more elusive, deeper self, which is kept in reserve as far as other people are concerned, and yet is hugely familiar from the inside. This deeper, private self is active in a serious kiss; which is what you feel you are getting and giving access to. In the kiss, our mouth becomes a privileged place in which we surrender our defences and gift ourselves to another. We are properly exposed and raw. Kissing promises something far more exciting still than sex: a brief respite from loneliness.

What Makes a Person Attractive?

Understandably enough, our societies pay vast attention to the idea of ‘sexiness’; far more questionably, they tempt us to believe that it might be easy to understand what this quality consists…

The things that get us (and others) sexually excited can often sound rather improbable and mysterious. On the face of it, Wellington boots, a heavy knit fisherman’s jumper or a car…

One of the frequent and painful paradoxes of romantic life is that the more we get to know and love someone, the harder it can be to summon up any sincere…